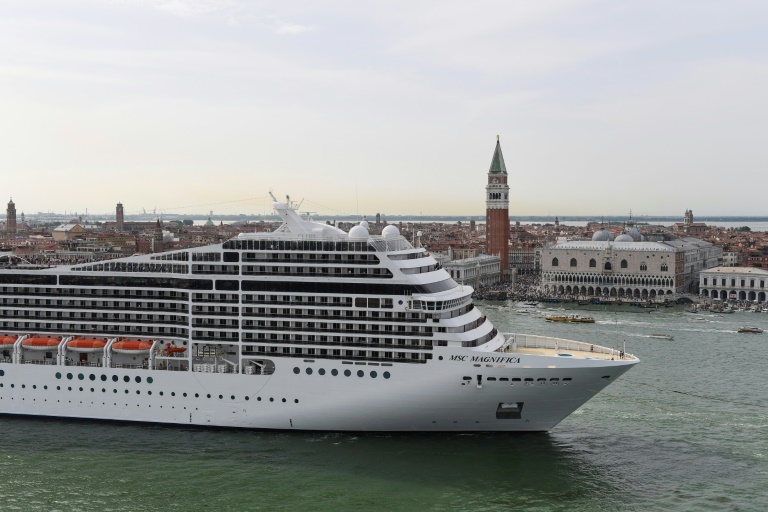 Royal Caribbean International and Celebrity Cruises said in a press release they were sending two ships to assist the evacuation effort.

A volcano erupted Friday for the first time in 40 years on the Caribbean island of Saint Vincent, prompting thousands of people to evacuate, seismologists said.

The blast from the volcano, called Soufriere, sent plumes of ash 20,000 feet (6,000 meters) into the air, the local emergency management agency said.

The La Soufriere volcano in St Vincent has moved into an explosive state. pic.twitter.com/TxRl2O8eDE

The eruption was confirmed by the seismological research center at the University of the West Indies.

Earlier, the threat of a volcanic eruption triggered evacuation orders on the eastern Caribbean island of Saint Vincent and the deployment of several cruise ships to house thousands forced to leave their homes.

Prime Minister Ralph Gonsalves said the island was on red alert after a shift in volcanic activity at the La Soufriere crater and told residents in northern areas to move to safety immediately.

“I have issued an evacuation order to all residents living in the RED ZONES on the North East and the North West of the island,” he wrote in a tweet late Thursday.

The order came after scientists monitoring the volcano warned authorities they had detected magma moving towards its surface.

The island’s National Emergency Management Organisation said there was a “substantial prospect of disaster.”

The volcano was spitting steam late Thursday, according to images shared by the University of West Indies Seismic Research Centre, which monitors volcanic activity in the eastern Caribbean.

Around 16,000 people live in the declared red zones on what is the biggest island in the Saint Vincent and the Grenadines chain.

Those evacuated would be taken to shelters elsewhere in the island chain or other Caribbean territories that have offered assistance, such as Barbados and Saint Lucia, according to local media.

La Soufriere has not erupted since 1979, and its largest eruption happened over a century ago, killing more than 1,000 people in 1902.