Ramaphosa to Zuma: ‘You believe that I’m deceitful and not to be trusted’ 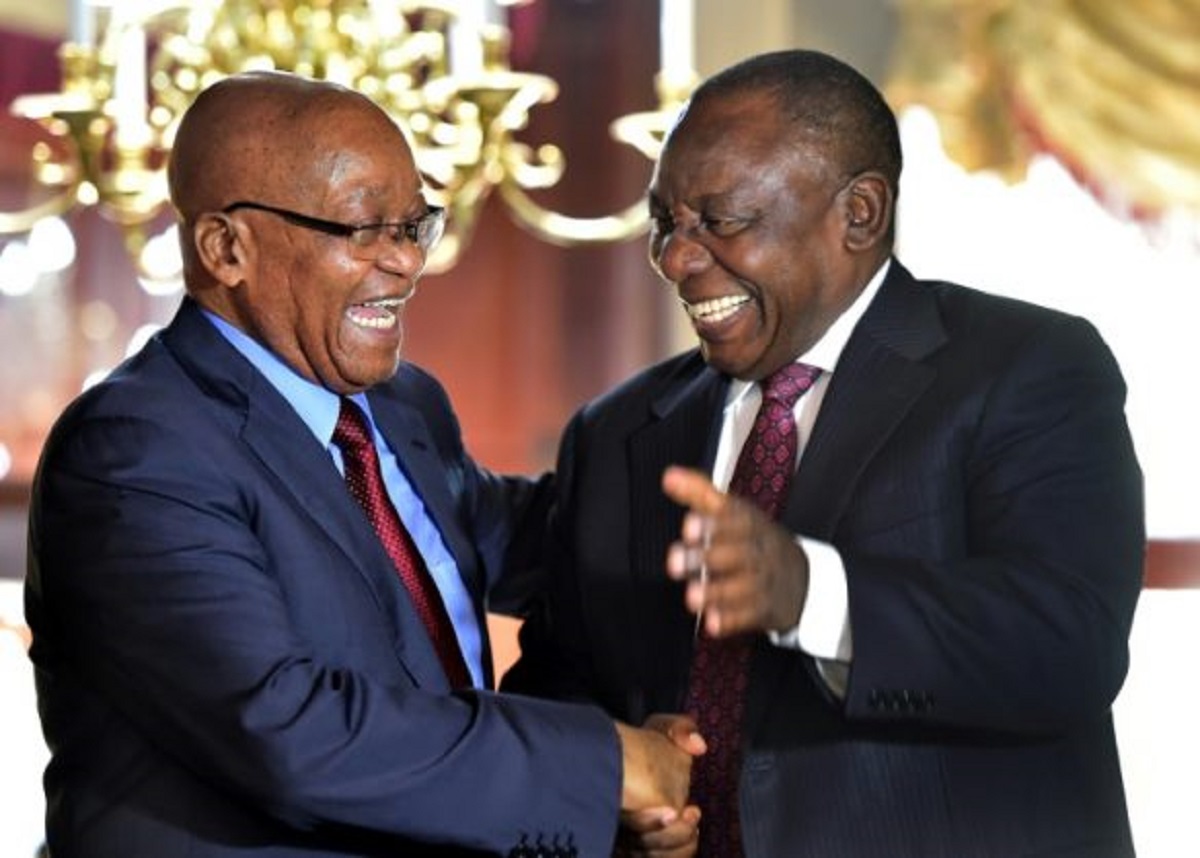 Ramaphosa also said in the leaked audio he did not support Zuma’s recall as the country’s president in 2018, saying he viewed him as his leader and elder in the ANC.

A leaked audio recording of President Cyril Ramaphosa emerged on social media on Friday in which he says he regrets that his predecessor, Jacob Zuma, views him as a deceitful and untrustworthy person.

“In your mind, it’s possible that you would say, ‘no, Cyril Ramaphosa has always been against me and he wanted me to go to jail. He wants no support for me for my legal cases and so on.’ That’s possibly your view but I’d like to say – and I don’t even want to say you should believe me – that has never been my orientation,” Ramaphosa can be heard saying in the one minute and 48-second clip.

The clip is believed to be from Zuma’s meeting with the ANC’s top six leaders in March. They met with him virtually in an attempt to persuade him to appear before the Commission of Inquiry into Allegations of State Capture after Zuma defied a Constitutional Court (ConCourt) ruling instructing him to do so.

The commission wants the ConCourt to jail Zuma for two years for contravening its order. Judgment in the matter was reserved on 25 March 2021.

‘I see you as my leader’

Ramaphosa also said in the leaked audio he did not support Zuma’s recall from office as the country’s president in 2018. He said he viewed him as his leader and elder in the ANC.

“I see you as my leader, as my elder in the ANC… even when a view was taken that he should be taken out of the position [as the country’s president] I am one of those and you as well, who said no; it should not happen in this way. But in the end, we lost the argument.

“You remember how comrade Thabo was taken out. There were contrary voices… and in this case, as well, we were overwhelmed as well. But I guess you believe that I’m deceitful and I’m not to be trusted. I’m sorry that you see things that way, comrade JZ,” Ramaphosa said.

On Sunday, a 23-page document of speaking notes based on Zuma’s meeting with the top six leaders was released on social media.

In the letter, Zuma slammed ANC national officials for failing to protect him over the numerous corruption allegations he faces.

“You have looked the other way as I was being attacked and some of my own comrades made and continue to attack me and my work as [former] president of RSA through the narrative of nine wasted years,” he said.

Zuma cited the arms deal, Nkandla saga, his rape trial, and investigations by the office of the public protector as examples of the ANC leaving him out to dry with no support.

“I have never enjoyed a single day of freedom. My woes started soon after the dawn of democracy. Since then, I was to be a permanent target and scapegoat of forces internal and external to our movement,” he said.

Listen to Ramaphosa’s leaked audio below:

Sound bites of President Cyril Ramaphosa addressing Jacob Zuma in that top 6 meeting. Ramaphosa is very clear, he respects JZ and JZ has the wrong impression of Ramaphosa. #LeadUsMatamela pic.twitter.com/6YlsvdVMVZ