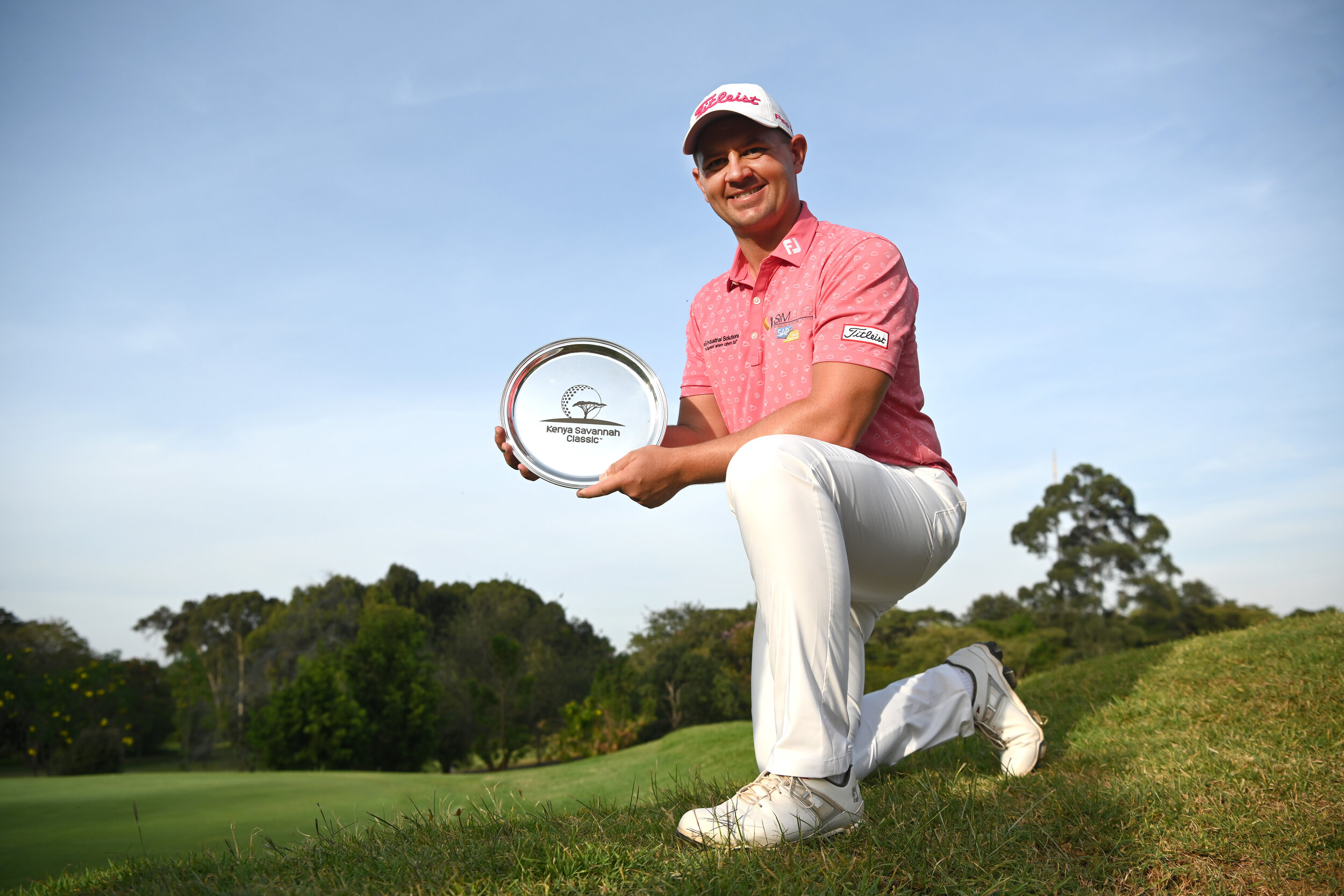 
It took a three-hole sudden-death play-off for Daniel van Tonder to emerge victorious in the European Tour’s Kenya Savannah Classic at Karen Country Club on Friday as he took an eighth career title and his first on the European Tour.

He defeated Jazz Janewattananond with a birdie on the 18th as the duo were playing it for the fourth time on the day, after he rifled a precision approach shot to inside a metre, and made the putt. He was engulfed by fellow-South African players who doused him and his wife, Abigail, who doubles as his caddie, with champagne.

In his characteristically phlegmatic way, he drank in his success. “I’ve been playing well,” he said. “I’ve been working hard on my game and everything and I’m just overwhelmed, you know. I’m very happy.” Daniel van Tonder of South Africa celebrates his win on the 18th hole after a sudden-death playoff with his wife and caddie Abigail. Picture: Stuart Franklin/Getty Images

And he was quick to acknowledge the pivotal role his wife has played in the way his career has blossomed after it seemed to be in the doldrums not so long ago. “Me and my wife, we’ve been a good team,” he said, “working together on everything. I’m just happy!”

The 30-year-old reached eight-under-par for the day after 13 holes, having made five consecutive birdies and seven in the space of just eight holes as he relentlessly chased down his dream of getting onto a bigger stage.

He dropped shots at the 14th and 15th to fall back out of the lead but closed his 64 off in style with a birdie on 18 to get into the clubhouse at 21-under.

When those bogeys came, he never let up with his optimistic and aggressive approach. “I was thinking that I’m usually dangerous with the last few holes to go,” he said. “I know I can make a few birdies, but on 17, I put myself behind a tree and it took some thinking to make par there.

“On the last hole, I told my wife I just wanted to put myself on the green and give myself a chance to make the putt, and I did.”

Van Tonder gains full European Tour playing rights and is set to climb inside the world’s top 100 for the first time in his career.