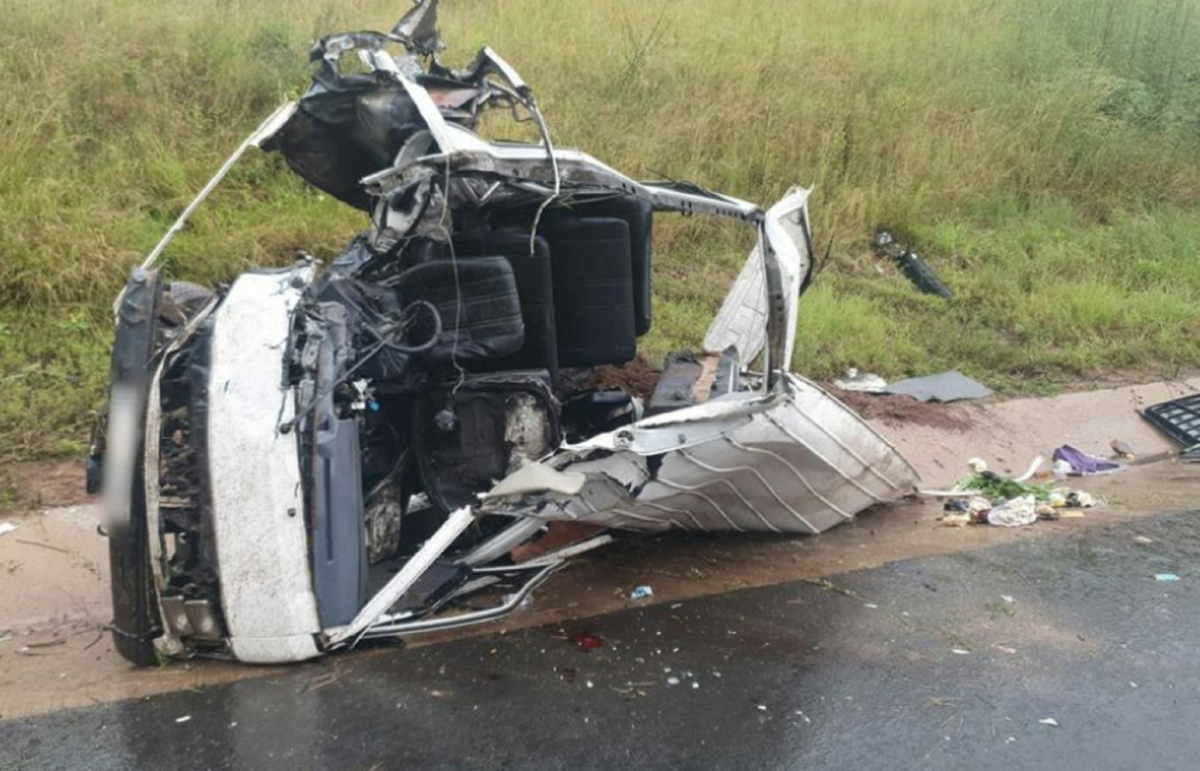 Multiple people were injured in a serious taxi collision on the N3 near Durban. Picture: Arrive Alive

In another incident on the N1 Highway near the Grasmere toll plaza, two people were killed and 15 injured on Friday morning in a taxi accident.

Ten people were injured in a taxi accident on the N3 to Pietermaritzburg near Hammarsdale on Friday morning.

According to Arrive Alive, KwaZulu-Natal VIP medical paramedics arrived on the scene to find a fully laden taxi had lost control and overturned multiple times, ejecting all of its passengers.

“A quick assessment of the scene was done and immediately more ambulances and advanced life support paramedics were dispatched to assist with the multiple casualties,” it said.

Ten people were stabilised on the scene with injuries ranging from minor to critical before being transported to various Durban Hospitals for further medical attention.

Investigations into the cause of the accident continue.

Multiple injured in a serious taxi collision on the N3 in Durban https://t.co/TaLZsGJnlr#ArriveAlive @AlsParamedics pic.twitter.com/AN6BiBolaM

In another incident on the N1 highway near the Grasmere toll plaza, two people were killed and 15 injured on Friday morning in a taxi accident.

Paramedics arrived on the scene and found the taxi upright in the centre median, with several people scattered around the taxi.

“Medics assessed the patients and found two had sustained fatal injuries. Nothing could be done and they were declared dead by another service.

“Fifteen other patients were tended to. Assessments showed that two were in a critical condition while 13 others had sustained minor to serious injuries.

“Medics treated the patients and provided the critically injured with advanced life support before they were transported to nearby hospitals for urgent care,” said Arrive Alive.

Investigations into the cause of the accident continue.