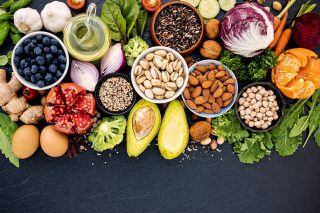 Poor people are unable to buy enough nutritious food and grant increases below inflation have made this even worse. Children are suffering the most as they need nutritious food to grow and develop.

The new year has not brought any relief for poor people, according to the Pietermaritzburg Economic Justice and Dignity Group’s survey of the Household Food Basket in the Household Affordability Index. The cost of the basic food basket for poor people in February 2021.

The average cost of the basket was R4,001.17 for February, R50.03 less than in January, but R144.84 more than it cost six months ago in September 2020. The basket was designed with the help of women who live on low incomes and includes the foods and volumes women living in a family of seven members (an average low-income household size).

The group says the decrease in the cost of the food basket from January to February must be seen against the increase of R48.78 from December to January.

“February is always a difficult time for consumers who have additional pressures of finding money to cover education costs and therefore have less money to spend on groceries,” it said.

“Retailers that target the low-income market tend to respond with more specials during this period. February prices also, consistent with our historical food price trends, tend to be lower due to subdued vegetable prices.”

Therefore the group expects the decrease to be short lived, as higher fuel and electricity prices are likely to push food prices upwards in the near future.

Prices over the past six months

The cost of the core foods that consumers prioritise and buy first, increased R114.93, from R2,065.71 in September to R2,180.64 in February. This means the high cost of core foods relative to baseline wages removed nutritious foods from the plates of the poor. In February the maximum national minimum wage was R3,321.60.

The group projects that basic household expenses will increase by:

The group expects 2021 will see a deepening household affordability crisis, with core household expenses like transport, electricity and food increasing well above inflation, while wage increases will continue to remain low.

“The Minister of Finance and by implication, the government and ANC, are contributing to this deepening crisis by setting the annual increments on the old age grant and child support grant – incomes used by households to buy food for children and pay for essential services – way below inflation in Budget 2021.”

How poor workers are affected

According to the group’s data, workers have to prioritise what they spend on transport, electricity and education, which were much higher in February, forcing them to cut back on buying food.

“Our data points to a 47.1% shortfall in the national minimum wage to cover February food costs. Millions of workers facing a continuous monthly shortfall on wages, are forced to eat less nutritious food, with mothers bearing the brunt of this sacrifice while they are forced to take on higher levels of more expensive credit to cover wage shortfalls.”

“Despite this, the Minister of Employment and Labour announced a 4.5% increase on the minimum wage hourly rate on a baseline wage that is already set extremely low and is a poverty wage. The increase is 93 cents an hour or R7.44 for an eight-hour day. If the full working-day month is worked, it is a R148.80 monthly increase.”

The additional 93 cents an hour is likely to be gobbled up by increases in the cost of essential goods and services this year and millions of workers will likely be poorer in 2021 than they were in 2020.

The inadequacy of social grants

According to Budget 2021 the old age grant will only increase by R30 and the child support grant by R10. The group says families will, once again, not be able to afford increases in expenses this year. “This time it is even worse because the government could not even be bothered to set the grant increases in line with inflation.”

With 3.67 million pensioners relying on the grant to support not only themselves but children and family members who earn low wages or have lost their jobs, the R30 increase is a terrible insult and a disgrace, the group says.