AbaThembu king Dalindyebo’s assault case postponed to May – The Citizen 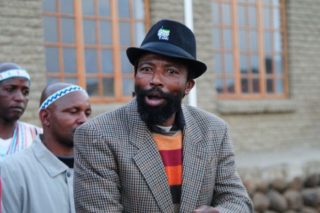 The NPA said the matter was postponed after the king indicated he wanted to make representations to the provincial director of public prosecutions to drop the charges against him.

The case of malicious damage to property and assault against AbaThembu king Buyelekhaya Dalindyebo has been postponed to 14 May 2021.

Dalindyebo appeared on Wednesday in the Mthatha Magistrate’s Court after a warrant for his arrest was issued last month following his no-show in court due to ill health.

The arrest warrant was stayed until his court appearance and for the court to receive his medical certificate.

READ NEXT: Dalindyebo sent all his ‘children’ to undergo DNA testing

National Prosecuting Authority (NPA) spokesperson Luxolo Tyali said the case was postponed after the king indicated he wanted to make representations to drop the charges against him to the director of public prosecutions in the Eastern Cape.

Dalindyebo was arrested in March last year for allegedly assaulting his son, prince Azenathi Dalindyebo, in an incident that allegedly involved him wielding an axe and machete at the Bumbane Great Place. The king allegedly assaulted his family with “bushknives and an axe” and vandalised the property.

It was reported that king Dalindyebo assaulted his son following a dispute over his paternity. He was also allegedly aggressive towards anyone who attempted to approach him.

Dalindyebo was released on early parole in December 2019 after he served four years of a 12-year prison sentence for arson, kidnapping and defeating the ends of justice.