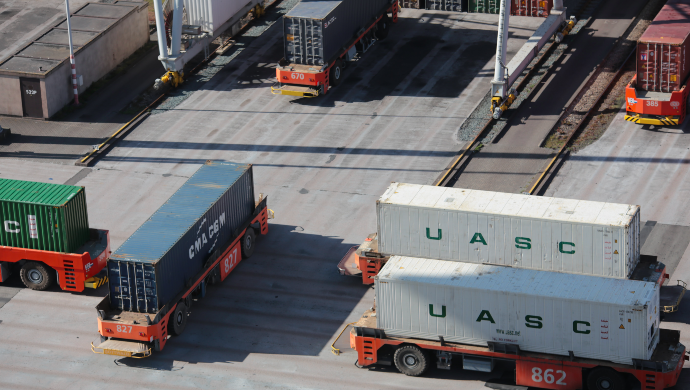 Niklas Holck, former Chairman of Nordic Eye Venture Capital, has launched his own boutique VC firm based in Singapore.

Tradeworks.vc is an investment syndicate that aims to build an ecosystem of ‘digital trade enablers’, with the purpose of driving trade and economic development through innovation in logistics primarily, crossing into e-commerce.

Also Read: 5 reasons to be bullish on logistics tech in Asia

As per a press statement, Tradeworks.vc has raised US$1.5 million at launch. with Guernsey-based OracleVC being the anchor investor.

Tradeworks.vc has a global focus, targeting early-growth startups and scaleups at the seed to Series A funding stages and is looking to invest US$100,000 to US$2 million per deal.

It will announce its maiden deals in two logistics technology scaleups, based in Singapore and Chennai (India), shortly.

Global economic development has exploded in the past 40 years as trade lifted billions out of poverty. The world’s poorest countries have the highest logistics costs and connecting the millions living in poverty to the rest of the world through trade is the best way to improve their lives and unleash the potential of those developing economies.

Lack of innovation in logistics results in high costs, which stifles trade and limits economic and human development. Compared with e-commerce, logistics is significantly under-invested; it accounts for more than double the share of Gross World Product, but attracts less than half the VC investment.

Also Read: 5G and the 5 new things it will bring to the world of logistics

Logistics is still seen as a black box for many VCs, who currently focus on last-mile operators and digital freight forwarders.

“There has never been a better time to invest in logistics technology. The sector is at the bottom of the digitalisation S-curve, with a long tail of small businesses ready to embark on their digital transformation journeys. The high labour, capital and energy intensity that characterises logistics industries, provides significant potential for improving productivity and efficiency, and generating attractive VC returns,” said Holck.

Photo by Bernd Dittrich on Unsplash