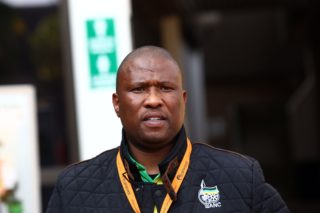 Mabuyane had come under pressure to fire Gomba due to a string of controversies involving her office, including a controversial R10 million plan to procure medical scooters in response to the Covid-19 pandemic.

Mabuyane said an investigation by the Special Investigating Unit (SIU) made serious findings of misconduct by her and the former head of the department, Dr Thobile Mbengashe.

At a media briefing on Tuesday, Mabuyane announced that former rural development and agrarian reform MEC Nomakhosazana Meth had been moved to the health MEC position permanently.

Human settlements MEC Nonkubela Peters was moved to the department of rural development and agrarian reform – the position previously held by Meth.

Nonceba Kontsiwe, the only new appointee, will now head the human settlements department.

“We wish all the new MECs the best in their responsibilities. We call on all people to work and support them in their new roles to ensure they perform their responsibilities well. The people we have appointed are capable of heading these departments and we have confidence in them to provide the right leadership,” said Mabuyane.

“It’s just a mere coordination working closely with Cogta. The processes will unfold as we make sure that it is done properly. We will keep on looking at how best we can continue building a capable state that responds speedily to the issues of our people,” said Mabuyane.