After Grab, gojek joins LinkAja’s US$100M+ Series B financing round 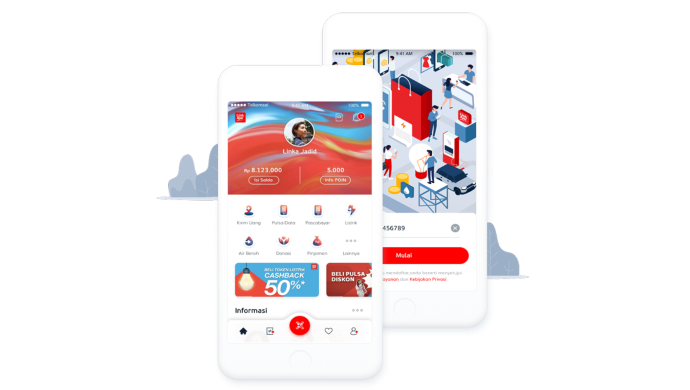 LinkAja, one of Indonesia’s well-known fintech apps, announced today it has received an undisclosed strategic investment from ride-hailing giant gojek.

As per a press note, this deal brings LinkAja’s funds raised in the ongoing Series B round to the excess of US$100 million.

Interestingly, this announcement comes less than four months after the payments firm raised an investment from gojek’s close rival Grab as part of the ongoing round, with participation from Telkomsel, BRI Ventura Investama and Mandiri Capital.

The collaboration is aimed at strengthening the adoption of digital financial services and accelerating financial inclusion in Indonesia.

This integration builds on gojek’s existing partnership with LinkAja, which included payment for transportation and ticket reservation services.

As part of the partnership, LinkAja will be included as an additional payment method on the gojek app.

Also Read: gojek-Tokopedia impending merger. Is it a win or loss for Grab?

In the current form, LinkAja is primarily focused on digital payments for retail, public services and other daily needs, with 80 per cent of its users coming from tier 2 and tier 3 cities.

“We are excited to have gojek join us as a  shareholder, following the investment made by LinkAja’s other prominent shareholders in our Series B fundraising. This investment provides LinkAja with greater access to the gojek ecosystem, which will further support LinkAja’s purpose to accelerate financial inclusion in Indonesia,” LinkAja CEO Haryati Lawidjaja said.

“The COVID-19 pandemic and its far-reaching impact have emphasised the importance of digital payments in our daily lives, which makes this collaboration especially timely. With LinkAja as a strategic partner, we hope to reach out to even more businesses and consumers and give them new ways to transact,” added gojek co-CEO Andre Soelistyo.

The fintech industry in Indonesia, the largest market in Southeast Asia with a number of unbanked and underbanked population, saw massive growth over the past few years. In the payments space alone, there are more than 60 companies. Among the major players are OVO (in which Grab is the largest shareholder), GoPay (owned by gojek), 2C2P, PayFazz, iPay88, and Shopee Pay. —

The post After Grab, gojek joins LinkAja’s US$100M+ Series B financing round appeared first on e27.