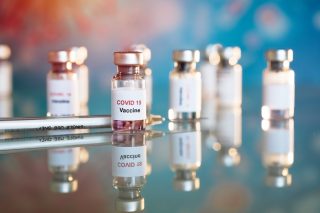 SAMA chairperson Dr Angelique Coetzee confirmed to ‘The Citizen’ on Tuesday morning that should nothing go wrong with the first batch of 80k J&J vaccines, inoculation of healthcare workers could begin on Wednesday.

The South African Medical Association (SAMA) has confirmed that the Johnson & Johnson (J&J) vaccine will arrive in the country on Tuesday.

SAMA chairperson Dr Angelique Coetzee confirmed to The Citizen on Tuesday morning that should nothing go wrong with the first batches of 80,000 J&J vaccines, inoculation of healthcare workers could begin on Wednesday. She said SAMA, the Department of Health, and the SA Medical Research Council (MRC) would coordinate the rollout of the vaccines.

National Education, Health and Allied Workers’ Union (Nehawu) spokesperson, Khaya Xaba, also confirmed that the union had been informed of the arrival of the vaccine, but could not elaborate any further on the details.

Earlier this month, Health Minister Dr Zweli Mkhize said the Department of Health would continue with the planned phase-one vaccine rollout using the J&J vaccine instead of the Oxford-AstraZeneca vaccine.

This after the government said it was temporarily halting the rollout of AstraZeneca’s vaccine to healthcare workers after preliminary data from a clinical trial found it gave minimal protection against mild-to-moderate infection caused by the 501Y.V2 variant discovered in South Africa.

There have also been reports that South Africa has asked the Serum Institute of India (SII) to take back the consignment of one million doses of the AstraZeneca vaccine that arrived in the country earlier this month.