Clubhouse: Hype-fuelled gimmick or the future of events and podcasting? 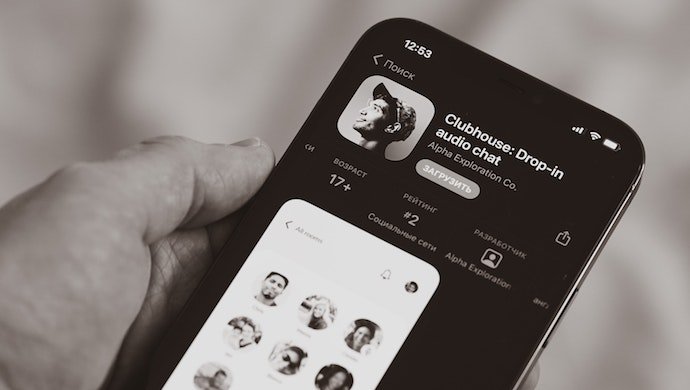 But Clubhouse is the first audio app. Twitter and Facebook, meanwhile, are already building their own versions. As is the tech entrepreneur and Shark Tank television star Mark Cuban, with Fireside. Not to mention the myriad equivalents in mainland China, where Clubhouse has already been blocked by the Great Firewall. Note to Silicon Valley, freeform dissent against the country’s communist regime cannot be tolerated.

So then, is Clubhouse a hype-fuelled gimmick or a new model that will disrupt the tired events and podcasting industries? It certainly has the potential to become the latter. Then again, it could also quickly morph into the former.

In the last week, the app has witnessed a meteoric rise. Thanks partly to cameo appearances by Elon Musk and Mark Zuckerberg on the platform. Not to mention funding from VC darlings Andreessen Horowitz and the scarcity borne by its current invite-only status.

I’ve heard people describe it over the last few days as ‘TikTok for grown ups’, ‘a never ending Zoom webinar of blah’, ‘what Substack should be’, ‘a one-feature app’ and ‘the first social network in more than a decade that feels different’.

In truth, Clubhouse is probably a mix of all those things. It certainly has the type of A-list audience other apps can only dream of (ignore the ‘beta’ claims, there are millions of members and unicorn status has already been bestowed upon the startup). I do wonder, though, how much bandwidth such time-poor masters of the universe will continue to put into it once the zeitgeist momentum begins to dwindle.

The temptation to click on the “leave quietly” option might well grow if people feel they are not getting value from the content. And the opportunity cost of devoting significant time to long-form events on a regular basis has to be present in the minds of participants. For the room topics and content seem somewhat patchy.

At times, Clubhouse can be truly brilliant. However, it is often reminiscent of the feeling that you made a terrible mistake by attending the wrong party.

Again, some friends have told me they had to sit through hours to get any gold. While conversely, others I know here in Asia have been getting up at silly o’clock and jumping into live sessions whenever their phones ping with an interesting Clubhouse notification from the US. The reason? Because “the insights are just so raw and unfiltered that timezones cease to matter”.

For the record, I turned the notifications off in less than a day. I found that life was already just too busy for that level of distraction.

The famous investor – also a TV Shark – Chris Sacca put it this way on Twitter: “I get why Clubhouse is special, I understand why some people spend a lot of time there, and I have no doubt it will continue after the pandemic. But as a parent of young kids who are also trying to build a business, committing to long-form attention is just too hard for me.”

Right now, Clubhouse is achingly cool. It survived its first scandal back in July when VCs were named and shamed for suggesting that journalists had too much power to cancel powerful people and the China ban is already worn as a status medal. It has the right audience, the right tone and the right model at the right time.

In other words, coming just when we have all stuck at home thanks to COVID-19 and when the existing social networks have been deemed ‘not fit for purpose’ due to their toxicity, misinformation and trolling. However, is a solution for video-call fatigue or down-the-rabbit-hole social media addiction really an audio app? That’s what I’ve been asking myself?

No doubt Clubhouse will pivot in the coming months and years. It has to, anyway, if it is to move forwards from the ‘own the future’ WeWork loss-making playbook to a profit-generating business. But how quickly will it monetise? And can it retain its cool, when it does so?

Also Read: The future of events with Mind The Product CEO James Mayes

Can the founders protect the data of its high-profile membership enough to retain their trust? Will another audio app company park their tanks on Clubhouse’s lawn and prove to be more agile, either in terms of commercial nous or elevated user experience?

Event organisers and virtual platforms should definitely be worried. The equivalent of a set-piece conference that takes months to create can be replicated on Clubhouse in just a few seconds and a few clicks – at least in content terms.

And, at this moment in time, with no costs. Imagine if the app gets serious about distribution, marketing, ticketing, subscriptions, sponsorship and monetisation from networking, exhibitions and so on. It could be the final nail in the coffin for an industry having already been through the toughest of times during a pandemic.

Podcasting platforms have also been disrupted overnight by Clubhouse’s entry into the market. Just think about what might happen if the app allows for an archive function that enables members to listen on catch-up. Especially when the exclusive invite-only model is consigned to history and the app is opened up to all members of the public.

The likes of Twitch and Zoom must also be worried, as live streaming just became idiot-proof. Admittedly only in audio format so far, but that could easily change too in the future.

For me, Clubhouse is without doubt the most exciting development in the social media sphere for many years. It has substance, unlike other platforms (there’s no mindless dancing or doctored influencer photos to contend with).

It has the ear of the big tech elite. And, most importantly, it has something new. Whether the first audio app establishes itself as the most successful and long-lasting company in the space is a question for another time. But things are definitely about to get interesting. Grab your popcorn folks.

The post Clubhouse: Hype-fuelled gimmick or the future of events and podcasting? appeared first on e27.