How this Tokyo-based IoT startup seeks to revolutionise healthcare 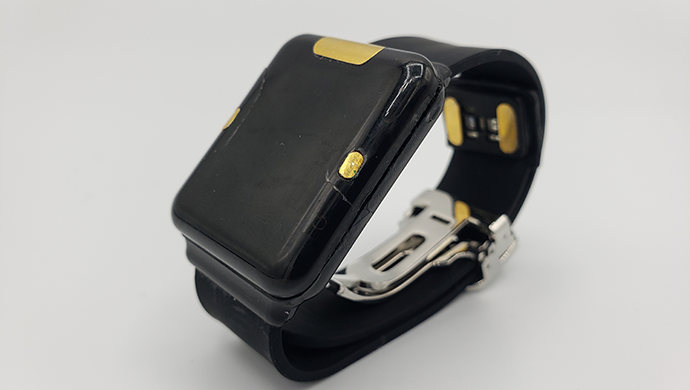 According to government data, in 2010, Japan was declared as one of the worst-affected nations by the worldwide diabetes epidemic with type 2 diabetes predominating in both adults and children alike. With approximately 13.5% of the Japanese population affected by type 2 diabetes or impaired glucose tolerance, the disease was identified as a healthcare priority by the Ministry of Health, Labour and Welfare.

While the country has progressed a lot in the past decade, when it comes to diabetes, things haven’t necessarily changed a lot. As of 2015, Japan had over 7.2 million people diagnosed with diabetes. According to a 2018 survey conducted by the Ministry of Health, Labor, and Welfare, around 20 million people in Japan had either contracted or were at risk of contracting diabetes.

There are many small children who cannot produce insulin in their bodies and need to undergo painful finger pricking multiple times for their whole lives. The disease is equally common among adults, and this is not just in Japan. According to the World Health Organisation, the global prevalence of diabetes among adults over 18 years of age has risen from 4.7% in 1980 to 8.5% in 2014, and between 2000 and 2016, there has been a 5% increase in premature mortality from diabetes.

Launched in 2017, Quantum Operation, an IoT healthcare startup based out of Tokyo envisions revolutionising healthcare for diabetes affected patients by leveraging IoT.

The world’s first non-invasive glucometer: The future of diabetes healthcare

To help children and adults affected by diabetes in Japan and around the world, Quantum Operation is set to launch the world’s first-ever non-invasive wearable glucometer. The healthtech startup has two core goals at the heart of their operations: to help extend healthy life expectancy and provide preventive care. Quantum Operation’s wearable glucometer helps achieve just that. It utilises the startup’s proprietary technology and eliminates the need for invasive blood glucose measurement.

The device is compact and easy-to-wear and is easily connected to their app. The app connectivity allows for data coordination via open API in that they are able to leverage data analytics for accurate glucose measurement. As per Quantum Operation, the device is also capable of reading other vital signs, such as heart rate and ECG.

also read: Why a robust digital insurance distribution system is the future in APAC

To use the device, the wearer just needs to slide the watch on and activate the monitoring from the menu, and after around 20 seconds, the data is displayed. They are also building a big data platform to collect and analyse the data generated by patients. Currently, Quantum Operation is in the first stage of seeking certification for commercial use of the wearable device.

An inspired invention with a bright future in healthcare technology

Helmed by CEO Kazuma Kato, the Quantum Operation team is small but strong with members that bring in years of startup experience. Kato who grew up in a small bankrupt town in Japan where there was a severe lack of hospitals and healthcare felt the need to do something to help make healthcare easily accessible for all. He was moved by small children undergoing immense pain for the treatment of diabetes. As such, he set out to develop this non-invasive and not-so-expensive medical device with his team.

This year, during CES — the world’s largest technology trade show that takes place annually in Las Vegas, Quantum Operation showcased their noninvasive glucose monitor as well as their second product, an oxygen saturation measuring sensor (SpO2) that can be worn around the wrist. The program was conducted virtually this year and Quantum Operation’s wearable device got many queries from patients, doctors, investors and key stakeholders.

also read: How this Tokyo-based startup is protecting e-Commerce merchants against fraudulent orders

So far, the startup has raised 10 million USD in funding from Alfresa, a leading medical wholesaler, and a Japanese pharmaceutical company. Quantum Operation is actively seeking partners to sell its hardware to insurers and healthcare providers based on their B2B2C model wherein they have the capacity to provide hardware as well as software. They are also looking for investors for their Series B fundraise in 2021 wherein they plan to use the capital for expansion into Southeast Asian markets and the mass production of their flagship wearable device.

Find out more about Quantum Operation at https://quantum-op.co.jp/en.

This article is produced by the e27 team, sponsored by  JETRO

The post How this Tokyo-based IoT startup seeks to revolutionise healthcare appeared first on e27.