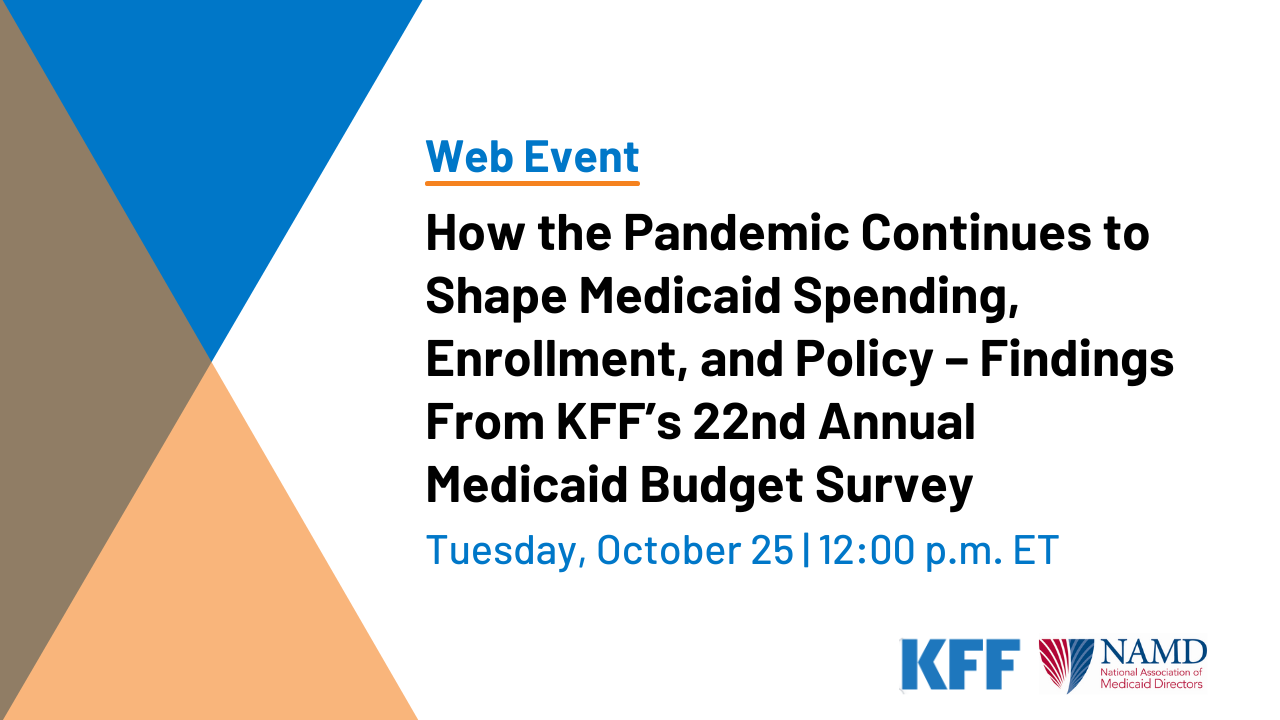 
The COVID-19 pandemic has driven record rises in Medicaid enrollment and substantial increases in total Medicaid spending. The forthcoming end of the Public Health Emergency — and the subsequent unwinding of additional federal funding for Medicaid and the requirement for continuous coverage — are expected to increase state costs and reduce enrollment. The effects of the unwinding of the Public Health Emergency will likely vary across states depending on how they approach the resumption of coverage renewals and what they do to help enrollees transition to other coverage.

At the same time, throughout the pandemic many states have focused on broader policy priorities, including improving equity and reducing health disparities, maintaining access by expanding telehealth, improving behavioral health access and supports, and addressing workforce challenges.

On October 25, KFF and the National Association of Medicaid Directors (NAMD) held a joint web briefing to discuss the latest trends in Medicaid enrollment and spending and highlight key Medicaid policy developments that states implemented in state FY 2022 or plan to implement in the current fiscal year.

The event drew upon findings from KFF’s 22nd annual Medicaid budget survey. KFF released two reports based on the survey that day. The first was an analysis of national trends in state Medicaid enrollment and spending. The second, completed in partnership with NAMD, presented detailed state-specific information on Medicaid policies and programs.

Robin Rudowitz, a Vice President at KFF, moderated the briefing. Survey findings were presented by co-authors Elizabeth Hinton, Associate Director for KFF’s Program on Medicaid and the Uninsured, and Kathy Gifford, a Principal at Health Management Associates, which helped conduct the survey.  Dianne Hasselman, Interim Executive Director of NAMD, offered a national perspective.

The Impact of Gun Violence on Children and Adolescents

Deaths From COVID-19 Spiked Over The Summer, Especially Among People 65 and Older, Before Dipping Again in September