‘Absolute decentralisation is unlikely to be the panacea for everything’: Chris Sirisereepaph of Saison Capital 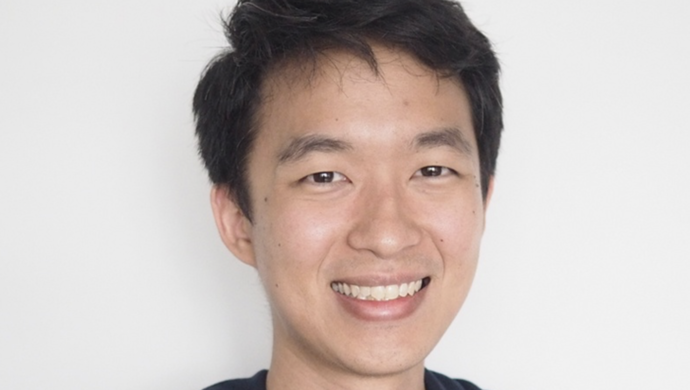 Although Web3 is gaining momentum and drawing significant attention in many parts of the world as it promotes decentralisation, well-known entrepreneurs like Elon Musk and Jack Dorsey dismiss the concept.

“You don’t own “web3.” The VCs and their LPs do. It will never escape their incentives. It’s ultimately a centralised entity with a different label”, tweeted Dorsey in December.

Is Web3 a fad and too idealistic? Or is it the future?

We posed these questions to Chris Sirisereepaph (Partner at Singapore-based VC firm Saison Capital), who has been dabbling his hands in Web3 for the past few months.

Below are the edited excerpts from the interview:

Web3 is gaining popularity globally, including in Southeast Asia. How does Web3’s future look like in this region? What changes can it bring to the region’s startup ecosystem?

Southeast Asia is one of the best markets for Web3 to take off; consumers and businesses, used to higher traditional finance infrastructure challenges, can be more open to fintech innovation.

In our region, tokens have made it possible for companies to build strong and authentic communities around their products and brands. It won’t be surprising to increasingly see founders utilising these communities as a resource for growing their companies and brands.

Also Read: The transition is now: these Web3 apps are transforming global finance

The implications could mean significant changes in the dynamics built into the tech ecosystem as we know it. It will no longer just include founders, VCs and operators but also anyone involved in one of these communities through token ownership and is active in the community engagement. Founders will have more resources at their hands, and it will be increasingly easier to build a product to solve a problem.

What are the applications of Web3 and metaverse technologies in real life? Can you share some examples?

Adidas recently launched an NFT sale where holders of their NFTs will receive access to the limited edition Adidas merchandise. The holders of those NFTs have also become a community of Adidas’s most fervent fans.

FlamingoDAO is a decentralised autonomous organisation (DAO) that makes investments into NFTs and other assets through collective decision making among token holders.

Is Web3 a fad as it is still in its early stages of development and remains abstract and speculative? Why is the concept drawing widespread attention?

Web3 is definitely in its nascent stage, but the growing traction and real use cases have made it undeniable that Web3 as an industry will grow quickly and become enormous. Decentralisation and authenticity may seem like terms that have been overused in the context of blockchain’s history. However, with Web3, we see the theory of these terms turn into real shifts in culture.

While its proponents describe Web3 as the next framework for the next digital era, many like Jack Dorsey and Elon Musk have dismissed the concept as too idealistic, suggesting its promise of broad ownership is too good to be true. How do you view these comments?

Absolute decentralisation is unlikely to be the panacea for everything. In some cases, centralisation can be helpful to ensure there is a way for appropriate intervention when prejudices or nefarious activities occur.

Also Read: 7 Metaverse companies in Southeast Asia that caught our attention in 2021

However, Web3 should have more distributed ownership because tokens have introduced new ways to build communities around any company or product with aligned incentives.

A UK-based engineer and blogger, Stephen Diehl, says web3 is a vapid marketing campaign that attempts to reframe the public’s negative associations of crypto assets into a false narrative about the disruption of legacy tech company hegemony. Is there some truth to it?

The layman in the digital age is smarter than most people expect. Most recognise that the ideological benefits or disadvantages of both crypto assets and Web3 are very much the same. We see potential contrasts in the application, and in reality, that is what individual users will take away the most. Any piece of technology used in different hands will result in different outcomes.

Facebook recently expressed its intention to become a metaverse company and re-branded it as Meta. Don’t you think metaverse in the hands of one corporation will be detrimental to the entire Web 3.0 decentralisation movement?

Yes, it would be. However, it is too early to tell if that will happen. A safer assumption would be that Facebook will have many capable competitors with the same objective, and the end state will not be Web3 in the hands of one corporation.

Some say Facebook’s monopoly over metaverse will encourage competitors to come up with their own versions, leading to several ‘closed’ metaverses, which would be the Web 2.0 system all over again. Your comments…

Web2 ended up with closed ecosystems mainly because no other model was available. Now both businesses and consumers have options and choices. Blockchain as technology also has the fundamental advantage of being interoperable. Those two factors coupled will ensure the metaverse will unlikely be a monopoly.

The post ‘Absolute decentralisation is unlikely to be the panacea for everything’: Chris Sirisereepaph of Saison Capital appeared first on e27.