Turkey urges Greece not to extend its territorial waters to 12 miles in the Aegean sea : MiddleEastNews 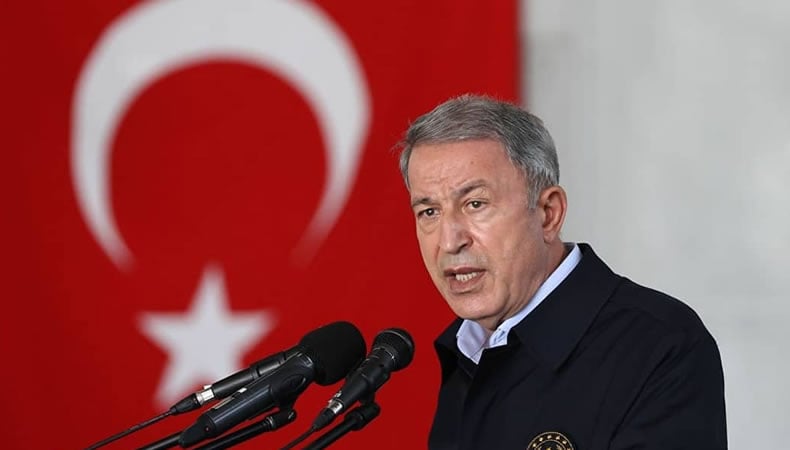 Turkey urged Greece not to increase its territorial waters from six to twelve nautical miles in the Aegean sea, an elongated embayment of the Mediterranean Sea between Europe and Asia.

Turkey’s defence minister Hulusi Akar warned Greece on Saturday. The minister said to resolve all differences through peaceful dialogue. He said, “I hope they (Greece) won’t make a mistake and think of extending the territorial waters to 12 miles.” He further added, “Let the two sides benefit from the riches, let both the Turkish people and the Greek people live happily and prosperously.”

The defence minister of Turkey on Greece

The defence minister of Turkey said that if Greece imposes 12-mile territorial waters in the Aegean Sea, Turkey will have to take permission from the government of Greece to sail towards the international waters. The minister said that Turkey will be unable to do anything without taking the consent of the Greek government.

The minister further complained that although Greece expanded its territories more than four times since its foundation, it is still blaming Turkey for colonialist policies. He also said that Greece is creating new alliances with some NATO (North Atlantic Treaty Organisation) countries.

Reportedly, in 2021, the Greek parliament voted to extend its waters along its western coastline, on the other side of the country, to 12 miles. Greece recently called on Turkey to repeal the decision to consider an extension of the territorial waters as a cause for war if it wants to normalise ties.