What is e-waste and why is it critical for Southeast Asia? 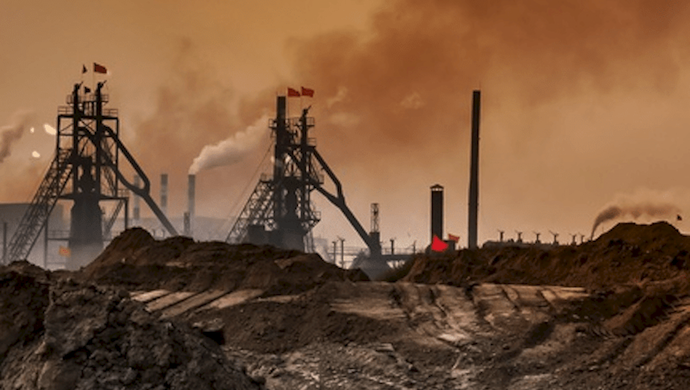 Far from appealing and trendy projects like carbon exchange or offsetting, sustainability is also a matter of under-looked and partly ignored things. To my dismay, e-waste is one of them. Why

Because dealing with trash is not noble? Because it asks us to choose between consumerism and sobriety? Because finding value in waste is never considered by companies (let’s debunk this later). Well, hard to say.

What is 100 per cent sure, though, is that e-waste is going to be one of the biggest challenges of our century … and no one knows it.

Eco-Business wrote a couple of years ago about “Defusing the e-waste bomb in Asia”. Nothing much has changed, so I guess it’s time to put this topic in the spotlight again.

So what’s the situation now in Southeast Asia? Is it the same everywhere? Are there model students in the classroom?

Is Singapore paving the way as they do in other fields (agritech, new sustainable tech, food waste)? And most importantly, what’s the risk of e-waste in the end?

To reply to these questions, I felt the need to write this mini-series to explore the situation —and possible future(s)— about e-waste in Southeast Asia, with a strong focus on three significant countries: Singapore, Malaysia and Indonesia.

This first article is just playing the role of an appetiser to help you understand what the problem is and why a portion of Asia’s future is at stake here. Okay, no more time to (e-)waste! (Sorry, I had to do it!)

Also Read: Throwaway gold: How data can tap into the unrealised potential in plastic waste

So, let’s set the scenery first. According to the Global E-waste Monitor 2020:

They can either be:

The 3R covers these different end-of-life scenarios (Reduce, Reuse, Recycle), a key concept about waste and circularity. NEA’s section is available here in case you want to read more about it.

E-waste isn’t always easy and convenient to recycle. Local governments sometimes have e-waste collection days a few times a year, but that means that homeowners have to store the unwanted items in the meantime.

Indeed, new usages mostly imply better performance and up-to-date equipment, meaning the lifespan of connected devices dropped. To show this phenomenon, we can have a look at the average lifespan of the equipment.

In the 1990s, devices were supposed to live for 20–25 years; today, the average is around four to five years. With substantial gaps between consumer goods (under three years for some smartphones, for instance) and company machinery (about seven to eight years).

The growing trends of the new tech will probably make this lifespan shorter shortly, hence the need to take action now, especially in Asia, where digitisation and middle-class development is growing way faster than in other areas of the world.

More sophisticated tech also implies devices that are harder to recycle. Nano alloys, the blending of tiny portions of minerals on some motherboards, make recycling very hard (and costly!), even if you have the entire process.

You have 0.4g of gold in a random smartphone, but is it worth getting it back as you will need a tremendous amount of energy to recover it? Hmm, food for thought for you to think about the vicious link between mineral resources depletion and energy consumption.

Also Read: Go smart or go waste? Smart construction in Asia is up for grabs

… for a vast problem!

E-waste comes with a whole bunch of nasty consequences. It is tough to be exhaustive in a one-shot article, but the main issues revolve around the environment, human health and social trouble.

There along comes the elephant in the Room! I guess I do not have to mention this one extensively, don’t I? You guess that dumping e-waste in the wild is not great for the planet? You guessed it right.

Examples to show the impact of e-waste on the planet;

In future articles, we will talk about the iconic example of Yogyakarta, Indonesia, to explain how critical e-waste is for this country. Mentioning the situation in Phnom Penh is also worth, even though less heard of.

It can also considerably affect the nervous and reproductive systems of the human body, leading to disease and congenital disabilities. Plastic burnt in the process won’t make it better for sure either.

I don’t have the time to list all human health problems due to e-waste but if you want to know more,  check out the “disaster in the making” of e-waste-induced illnesses in China.

These problems mentioned earlier lead conclusively to social trouble; fight for money made of illegal recycling and resources recovering. In some countries, you have parallel economies out of any government control that is thriving.

Add the tensions on markets and supply chain disruption— that is not due to e-waste management — and you have a dangerous cocktail ready to explode.

The situation in Agbogbloshie, Ghana, speaks for itself, with kids being intoxicated and stolen from their families to take care of dumped e-waste.

To finalise this explanation of issues due to improper e-waste management, I wanted to add one last thing. It’s not a problem per se, though, and it might even be part of the solution. Indeed, I wanted to focus on the $$$ value lost in e-waste.

If I told you that the value of raw materials in the global e-waste generated in 2019 is equal to approximately US$57 billion, would you believe it?

Then, you should, because that’s the number stated in the 2020 Global e-waste monitor report.

Another number to understand why we do not bother yet. Statista estimated that a single metric ton of circuit boards usually includes 40–800 times the gold ore concentrations mined in the US. The number is 30 to 40 times for copper.

All this give perspective, right?

Need to rethink an entire model

Today, we are not here to discuss the solutions to reduce e-waste— that’s for another day! But this article’s just an intro for you to understand what’s at stake. However, we can briefly mention some solutions (Note this order is on purpose!).

I will take time in the future to explain in-depth these possible solutions — and others — but it seems pretty apparent that decreasing e-waste will ultimately lead to the necessity of rethinking an entire model and a change of mindset overall. Quick fix measures won’t be the long-term solution!

Hope to see you for the following article about Singapore coming out in December. So wait before you buy the new iPhone for your sister, please.

In the meantime, stay safe and join the #ReuseRevolution.

The post What is e-waste and why is it critical for Southeast Asia? appeared first on e27.