Deconstructing digital banking: How it can cater to the underserved in Malaysia 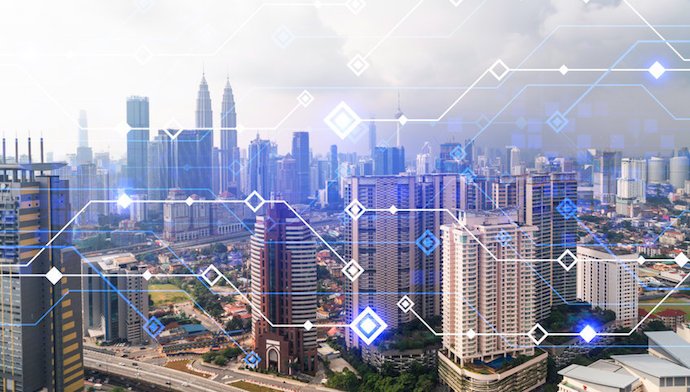 This series is produced in collaboration with the Fintech Association of Malaysia (FAOM)– a national platform that supports Malaysia become the leading hub for fintech innovation and investment in the region.

A real estate mogul, a tech founder, a consumer products manufacturer, and an investment fund manager walk into a bar. The bartender looks up at them and asks: “What is this, a digital banking consortium?”

This latest update to the age-old joke belies how ubiquitous, and indeed, cliched talk of digital banking has become. According to Statista, in 2019, 72 such banks launched worldwide; in 2020, more than 250 such banks were in operation, with 34 in Asia Pacific.

Despite the flurry of activity, there are three burning questions at the heart of the industry that few experts have been able to answer:

The tripartite model of digital banking

The first issue is profitability. Out of all the neo-banks, to date, only 13 are profitable. Seventeen per cent of these are in Asia-Pacific, despite only 13 per cent of all challenger banks coming from this region.

As with e-wallets, there is a contest for market share first and profitability second, with many digital banks, offer heavily subsidised benefits to customers.

The second issue is the underserved market. Many digitization efforts in the past decade, such as e-commerce, have brought about huge changes but deepened the digital divide between the rich and poor.

Some businesses may not particularly care about the widening inequality. Still, central banks have increasingly emphasized that if these players want a seat at the banking table, they will need to step up and demonstrate their commitment to serving the underserved.

In the long run, growing a larger middle class could also increase the economic pie and be a rising tide that lifts all boats in the economy.

The third and certainly hotly debated issue is differentiation. After all, what is all the fuss about neo-banking if it’s just going to be a bank with an app when many existing banks are already digitising themselves?

Neo-banking needs to differentiate itself further, whether by having a different business model or by employing technology in innovative ways.

In truth, these are not mutually exclusive issues; each one is related and will determine the success or failure of a digital bank. This is where we look at the tripartite model of neo-banking (see Venn diagram above).

If a venture is profitable and serves the underserved but is not differentiated, it is similar to older models of socially conscious financing, such as the Grameen Bank’s microfinancing schemes.

If a venture is differentiated, serves the underserved, yet is not profitable, then it goes without saying that the business will not be sustainable in the long run. In the worst-case scenario, such a venture could build up market share, and its collapse in the future could precipitate further economic vulnerability for the underserved and necessitate government intervention.

If the business is profitable and differentiated but does nothing for the underserved, there is little incentive for many central banks to approve the applicant. After all, central bankers must look at the big picture and consider the long-term overall financial health of the nation.

Most neo-bank players could survive and perhaps do well while fulfilling at least two of the above criteria. But the ones that will thrive and make the most impact will be those who manage to be profitable, serve the underserved, and are differentiated from the competition. If you are already in a digital bank or are potentially going to be involved, ask yourself:

Where is your business in this tripartite model?

The nuts and bolts

However, when it comes down to it, the model provides for the key ingredients; cooking them into a Michelin star meal is entirely a matter of execution. This is where the roadmap differs for incumbent banks and new consortiums.

In the application stage, for new consortiums, the decisive matter will be whether they can convince a central bank to give them a banking license. Firstly, can the consortium prove it can shoulder the immense responsibility of compliance and not run wild?

For incumbent banks, the major hurdle is not the central bank but their own internal stakeholders. The reality is that some degree of cannibalization is unavoidable; incumbents must take a leap of faith to commit to the transformation of their business.

While new consortiums have to plunge right in, an incumbent can and should take a progressive approach: gradually phasing into digital banking while taking advantage of their existing infrastructure.

This brings us back to the tripartite model. When it comes to profitability, both incumbents and consortiums must have the right measures of success. We have already seen from e-commerce or e-wallets that new entrants can easily disrupt early market dominance with more enticing subsidies for customers.

In other words, fighting for market share as the sole indicator of performance in the near term is unsustainable. On the other hand, looking immediately towards return-on-investment (ROI) is perhaps unrealistic in the short term. Instead, would-be digital bankers should also measure customer acquisition cost against customer lifetime value to gauge their success.

As for underserved markets, this will largely depend on how companies can leverage their infrastructure and partnerships. While it may bear great impact to tapping into the vast market of the rural population, if a digital bank does not have accompanying plans to help this population become more integrated into the digital landscape and increase financial literacy, their customer lifetime value may not outweigh their acquisition cost.

Finally, there is the difficult question of differentiation. Every business will argue they are unique, and the power of marketing a narrative; cannot be underestimated. Going by fundamentals, however, the crux lies in a digital bank’s model and its use of technology.

Some challengers have already proposed interesting business models. Some have come forward with cooperatives, where depositors have ownership in the bank. In centres of Islamic finance such as Malaysia, some have based their model on waqf, where the bank is a trust which converts received capital into fixed assets and profits are channelled towards social causes.

These models are a fresh take on the core banking structures and could chart a path forward for more socially equitable forms of banking in the future.

Of course, tech is also crucial, especially regarding scaling these operations. Simply being digital or having a beautiful, fluid app is not enough. Successful digital banks will have to be creative in their employment of technologies, whether using AI to render alternative credit scores from non-traditional data or blockchain to lower fees when conducting payments.

These innovations will be essential in lowering operating expenditures and improving the variety, speed, and convenience of services offered to customers.

However, it would be arrogant for anyone to assume they can truly predict how digital banking will develop at the end of the day.

Not so long ago, the ascent of Alibaba and Ant Financial seemed unassailable; today, the entire Chinese tech sector is waiting with bated breath at what the next move by Chinese regulators will be. The same goes for digital banking, which is even more sensitive given the issues of the economy and sovereignty at stake.

Karen Puah, President of the Fintech Association of Malaysia, pointed out that crucial leadership factors are also at play. “If the consortium opts for an ex-banker, they may be experienced in banking, but will they have that spirit of innovation? If a techie leads, can they balance the go-getter pace of doing things while ensuring compliance, data security, and keep on the good side of regulators?”

Ultimately, digital banking will come down to the little, everyday things. As Karen says: “In tech, we notice how things work most when they malfunction. Other times, we live almost seamlessly, where our every click leads to a consequence. Can this be done in digital banking?

I believe the answer lies in how deeply embedded digital banking will be into our daily activities and how finance can be made easy.

Here in Malaysia, to really serve the underserved, it can begin with the simplest yet most ignored of steps: having websites and apps in more than just English. Digital banks will make or break on these matters of execution.”

This article is co-written with Ridzuan Aziz, Country Director and Head of ASEAN for WorldRemit

The post Deconstructing digital banking: How it can cater to the underserved in Malaysia appeared first on e27.