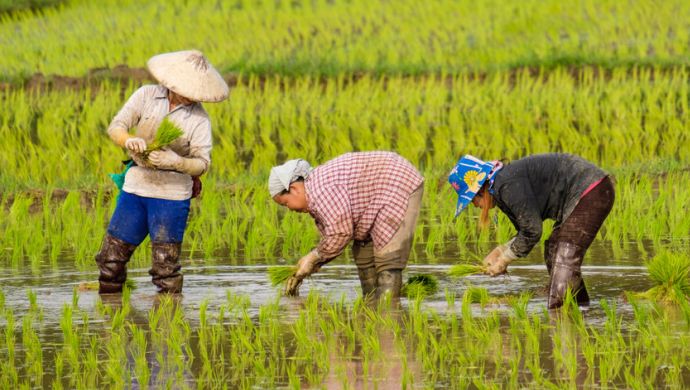 Singapore-based agri-foodtech company DiMuto today announced that it has raised US$2.35 million in Series A funding round led by The Yield Lab Asia Pacific.

The company’s existing investors SGInnovate and Latin Leap also returned in this funding round.

In a press statement, DiMuto said that the funding will enable them to scale up product development and meet the growing demand for agro-food trade visibility as well as trade financing.

Ryan Gwee, Chairman of Asia Capital Pioneers Group, also mentioned the possibility for DiMuto to team up with its portfolio company Aleta Planet, a fintech company that works on payments.

With its Produce, Trade and Market modules, DiMuto provides visibility on product quality, documents, and payment records for each stage of the supply chain, from pre-shipment farm production to post-shipment product receipts.

The ability to capture and organise such data also helps DiMuto’s financing services to verify that Environmental, Social and Governmental (ESG) standards are being met.

The company has specifically designed their proprietary digitalisation devices –Digital Asset Creation device (DACKY)– in the form of a flyaway kit that enables implementation on the ground to be easily completed in as short as one week.

“DiMuto was really born out of my dual experiences of operating in the finance world for 15 years and operating a global fresh fruits and vegetables marketer and distributor,” said Gary Loh, Founder and Chief Executive Officer of DiMuto.

“During my ten-year stint in the food industry, I realised there’s an urgent need for business leaders to be able to see all aspects of their business right down to the granular detail of each box, each payment, and each receipt, as well as see the auxiliary service providers supporting their operations. Being able to capture and have the visual confirmation of such business data on a single platform helps business leaders run the organisation better,” he continued.

DiMuto said that it has executed implementations in Indonesia, China, South Africa, Ghana, Malaysia, Kenya, and Colombia over the last six months, with 25 more projects in the pipeline.

The post DiMuto raises US$2.3M in Series A funding round to scale up product development appeared first on e27.