Will Indonesia’s startup economy lose its ‘emerging’ title in 2021? 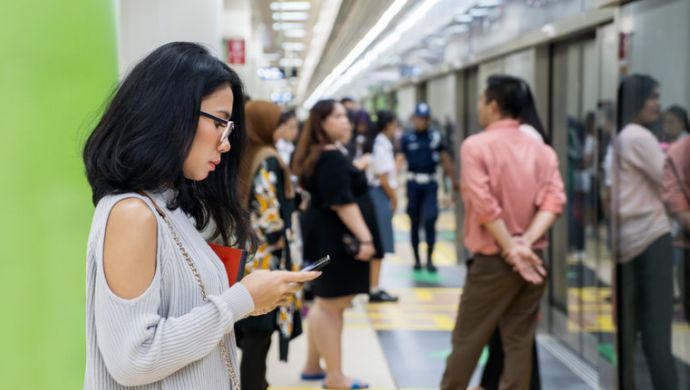 Indonesia’s startup ecosystem tends to be described with words such as “emerging”, “nascent”, and “potential”. But are these words still apt for a nation that clinched 70 per cent of total VC funding in Southeast Asia last year?

The question on everyone’s lips is whether 2021 could be the breakout year for Indonesia’s startup economy. What would it take for the narrative to shift from ‘emerging’ to ‘established’ or ‘globally competitive?

A tale of two valleys

The answer lies in looking at another startup ecosystem that has followed a similar trajectory to what we’re now seeing in Jakarta.

São Paulo in Brazil could provide strong indicators for this pathway and is a strong example to follow –it is currently ranked in the top 20 cities for startups, the highest-ranked city in all of Latin America (LatAm).

It is a sprawling city of 12 million that rivals Jakarta’s 10 million, but the two cities have more in common than just population numbers. Both have a tech-forward population.

Both markets are also seeing strong growth in the middle class, with an associated rise in overall spending power. Brazil’s middle class comprises more than 113 million people, up 40 per cent since 2003.

Indonesia’s middle class now numbers more than 52 million. This is the fastest-growing population segment, rising 10 per cent annually, and now accounts for close to half of national consumption.

Also Read: Everything from soup to nuts: Meet the 27 ghost kitchen startups in Southeast Asia

The ingredients for startup ecosystem maturity

With such foundational similarities in market conditions, the factors that have propelled São Paulo into the world’s top 20 startup cities are of particular relevance to Jakarta, in particular:

These three indicators  –innovation, public-private collaboration, and internationalism– could be the three things Indonesia needs to measure itself on to gauge its progress in following in the footsteps of São Paulo and achieve the goal of startup haven status.

Innovation: The rise of invention and reinvention in the Indonesian economy

The recent merger of Gojek and Tokopedia to form the GoTo Group demonstrates the emergence of two of Indonesia’s most innovative digital startups onto the global stage.

However, one of the most exciting elements of Indonesia’s ecosystem is the ground-up innovation we are now seeing across the board. Creative and ambitious people are driving ideas and growth. If necessity is the mother of invention, then ambition is the mother of reinvention.

Traditionally offline industries such as education, retail and health sectors see an injection of innovation from entrepreneurs looking to bring these services online and available across the archipelago.

For instance, Kiddo is re-energising the education sector with a marketplace where parents can book online and offline activities for their children.

Also Read: Capturing the next frontier opportunities in the Indonesian e-commerce landscape

In retail, Utas is a website builder that brings Indonesian companies into the e-commerce space. The company recently struck a partnership with the Ministry of SME and Gojek.

The timing of these success stories isn’t coincidental– in the past, any of these startups would have trouble converting their great idea into a revenue-generating business online. Now, the infrastructure is becoming available across the nation to democratize opportunities for budding entrepreneurs.

Alongside this ground-up innovation, the public-private collaboration also has an increasingly influential role in pushing its startup economy forward.

From Kemkominfo’s Aptika Directorate-General for Digital Innovation Hub programme to Bank Indonesia’s Sandbox 2.0, the government is putting the growth of the startup economy very high on the agenda.

These initiatives put a strong emphasis on ensuring all elements of the innovation economy in Indonesia – government, VCs, corporates and startups –are working together effectively.

This private-public collaboration in Indonesia is key to fostering a conducive environment for startups to flourish, not just through policies and initiatives but also through real-world learning.

The crucial next step: Internationalism

So while Indonesia is making strong strides in innovation capability and public-private collaboration, perhaps the biggest gap that needs to be overcome in the coming years is building a stronger international reputation and a more international mindset.

While Indonesia’s domestic market is strong, the startup economy cannot hit full maturity until it begins to see a more regular pipeline of Indonesian startups expanding beyond national borders and attracting more outside investment from the rest of the world.

With the scale of the domestic market, it is unsurprisingly that the vast majority of new startups in Indonesia are not born with global ambitions. While this works for the short-term – considering the scale and untapped potential internally – to realize their full potential, Indonesian startups must eventually look outwards.

Also Read: The 27 Indonesian startups that have taken the ecosystem to next level this year

As barriers to growing a global business online are gradually removed, there is a massive regional and global opportunity on offer for Indonesia’s most ambitious entrepreneurs.

The newly merged GoTo Group is a fantastic example of this. Both Gojek and Tokopedia utilised the local environment they grew up in to create products –and now an entire digital services company– designed to meet the needs of an international audience.

The role of GoTo Group and other Jakarta-based unicorns such as Bukalapak and Traveloka serve to inspire local entrepreneurs that they can now convert their great ideas into global businesses and raise the profile of Jakarta’s scene to international observers. The more examples we see like this, the more Indonesia’s reputation on the international stage will grow.

With the pace of development and innovation over the past year alone, it feels like Indonesia’s startup economy is on the verge of something inspiring. With this continued momentum and a stronger international focus, it may not be long before São Paulo, and another top 20 global startup cities begin looking over their shoulders.

The post Will Indonesia’s startup economy lose its ‘emerging’ title in 2021? appeared first on e27.