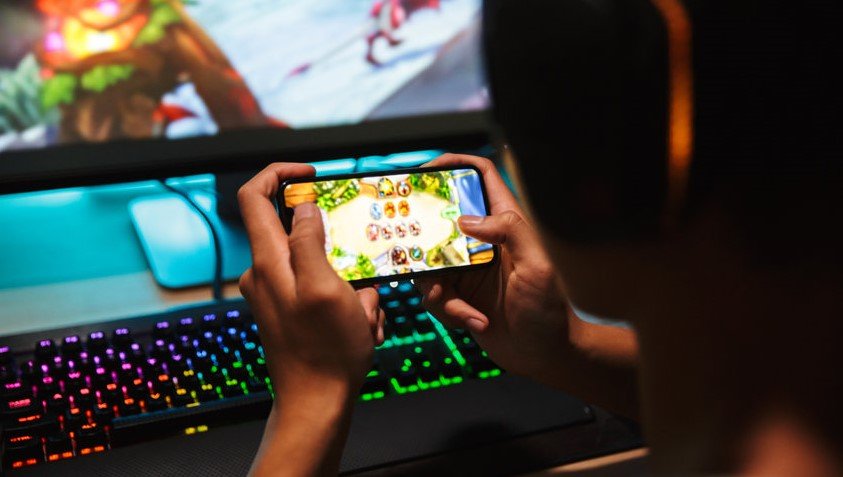 Over the next ten years, media and entertainment will become one of the most attractive sectors for investments in Southeast Asia, as per a recent report by Golden Gate Ventures. It is already evident from the number of startup exits in the region. Of the total 80 exits so far, media and entertainment registered the fourth most exits, as per Crunchbase.

In entertainment, gaming is the largest and most expansive industry globally. As of 2021, it has a staggering three billion game players, which is equivalent to nearly 40 per cent of the world population. Newzoo forecasts that the global gaming market is expected to generate US$175.8 billion in revenue this year. When it comes to Southeast Asia, the market is set to grow by 8.5 per cent per year on average, according to a Research And Markets study.

Where is the gaming industry headed and what are the key trends in this booming industry?

Ranked first in the 2019 global growth rate, mobile gaming in the region made its mark, thanks to high smartphone penetration. This hype has been accelerated further in recent years due to the extended lockdown induced by COVID-19. Mobile games have led the charge as the most viable form of entertainment for the homebound.

According to mobile consultancy App Annie, users worldwide downloaded 30 per cent more games in Q1 2021 compared to Q4 2019. The spending on mobile games also reached a record US$1.7 billion per week in Q1 2021, up 40 per cent from pre-pandemic levels.

Plus, emerging markets such as Vietnam and the Philippines are have seen over 50 per cent growth in consumer spending on mobile games.

“While, at one point, gaming used to be considered as socially isolating, people all over the world under lockdowns turned to gaming as a way to seek out a community connection on the other side of the screen,” said Karam Malhotra, partner and global vice president at the SHAREit Group.

Social gaming, therefore, has emerged as a notable trend that drives the explosive growth of e-sports.

“Southeast Asian gamers’ strong inclination towards community play — coupled with a lucrative environment and government policies — has aided in the rise of e-sports in the region,” Malhotra added.

Since people cannot go and watch real-life sports in stadia, e-sports viewership in Asia has grown to 618.4 million in 2020, a 21 per cent increase compared to 2019, according to research published on Research And Markets.

E-sports turned mainstream when Singapore-based live streaming platform Bigo signed an agreement with Pakistan’s Ministry of Information and Broadcasting and Garena to launch an initiative to support and facilitate young gamers to enter the industry.

Gamers use global live streaming platforms such as Bigo Live to observe, showcase, connect and create content for real-time game streaming. Some of the most viral games on Bigo Live are Bang Bang (MLBB), PlayerUnknown’s Battleground (PUBG), Free Fire, Fortnite, Call of Duty and Valorant.

“Livestreaming has not only emerged as a popular format for gamers to view and participate in e-sports but also an important platform for gamers to build and connect with the community,” said Mike Ong, Vice President at Bigo.

Ong added that the lockdown blues drove more people to turn to digital platforms and watch live game streams. The number of users enjoying live streaming games saw an uptick of more than 11.7 per cent globally between 2019 and 2020.

“Users are shifting to video-first social experiences such as live streaming that favours content creators,” Ong noted. “We have noticed a shift towards authentic experiences as users are starting to move towards a model of directly recognising content creators instead of traditional content produced by production houses.”

Indonesia, Vietnam and Thailand have emerged as the top countries in terms of game live streaming, according to Bigo.

Axie Infinity, a blockchain game developed by Vietnamese startup Sky Mavis released in 2018, became the first-of-its-kind NFT-based game developed in Southeast Asia. In August, the startup announced that the game drew a record 800,000 daily active users in July and will soon hit the one million mark.

Ever since, the combination of gaming and blockchain technology, wherein gamers utilise the true in-game item ownership, has become more popular and attracted investments.

These deals mark investors’ appetite for companies that stand at the crossroads of entertainment, gaming and NFT.

The capital, however, is not restricted only to conventional VCs or corporate VCs. Even retail cryptocurrency investors are also betting on the governance token of the game to fuel its development. Axie Infinity’s token is now worth around US$70 per token, which was just US$3-4 a month ago.

Also read: VCs, IEOs, and crowdfunding: How the likes of Sky Mavis manage good relationship with each investor

“Blockchain is changing the monetisation and mechanics of mobile games,” stated SHAREit’s Malhotra. “It allows players to monetise their own gaming experiences with NFTs unlike traditional gaming, which forms an opportunity area.”

As a prominent success case, Sky Mavis CEO Trung Nguyen said that Axie Infinity combined both game design and economical design. With the “play-to-earn” model, gamers can have verified ownership for digital assets, create digital value in tokens for virtual items, and then trade or convert them to local currencies.

“Nevertheless, there are still several conflicts between designing blockchain games and other conventional games,” Nguyen said. “While conventional games aim to maximise the unilateral revenue towards the developer, a decentralised platform of blockchain games works as a true economy, where the ecosystem is broadened by maximising total in-app transaction and creation value of users.”

In his view, balancing these conflicts by designing enticing gameplay and ensuring a healthy in-game economy will help secure and scale its user base.

Blockchain games have also become an alternative, easy-access approach for financial benefits or savings. The games act as an “abstractor” to popularise technologies and “increase financial inclusion”.

This, combined with the rise of mobile as a platform to offer publishers a direct line to reach a broader audience than before, has empowered developers to be creative in genres, formats and monetisation models.

For example, immersive in-game ads have become more sophisticated, which require a deep understanding of gaming technology and the audience. Ads must reside within a digital world seamlessly and not be intrusive in any way.

In the past two years, developers across regions also increasingly shifted their focus from an ad-only monetisation strategy to include in-app purchases. “The publishers that creatively integrate ads will see higher lifetime value and retention with lower churn,” said Malhotra.

In the case of game streaming activities, creators can also be recognised for their work through ‘gifts’ or in-app currencies given by the audience.

“Our users can give various forms of virtual gifts to their favourite broadcasters, which can then be converted into cash,” said Ong of Bigo. “This is part of our ongoing efforts to foster a sense of giving back to our broadcasters and being at the forefront of the creator economy.”

In a broader sense, the democratisation of the gaming experience for people has become the most important trend that can leverage the growth of this sector in years to come.

“We are democratising the mobile gaming experience for millennials, be it a casual, social, mid-core, hardcore, or professional gamer,” said Malhotra.