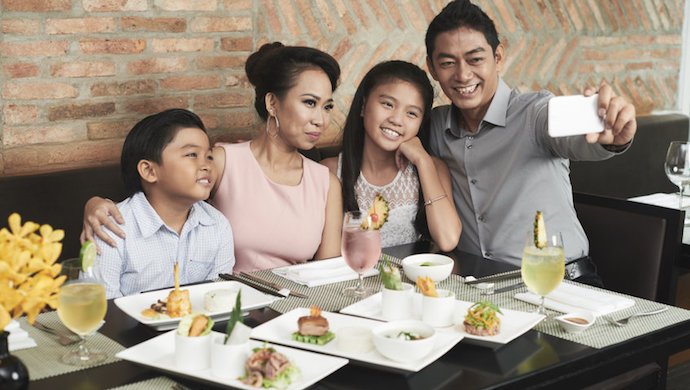 The ongoing lockdown orders and temporary restaurant closures have left Vietnam’s F&B industry in a rather grim state. From restrictions on dine-in, delivery and takeouts with only basic essentials and grocery items given the pass, many restaurants have had to shut their doors (temporarily).

However, here are six F&B businesses that have successfully pivoted during these uncertain times.

While not a restaurant, Sayvu is an F&B-tech mobile app that pre-pandemic allowed users to redeem F&B vouchers from their favourite restaurants and cafes in Saigon.

Like any tech app, user downloads is one of the key KPIs as well as one of the largest cost factors. When restaurants could only do delivery and takeaway, Sayvu launched its contactless payment feature which allowed users to use the Sayvu app to make contactless cashless payments at their favourite restaurants.

While this seemed like a promising feature, it proved to be short-lived following stricter restrictions on movement (people are not allowed to leave their homes unless absolutely necessary) as well as an emergence of positive cases in food delivery riders. With this, the prospect of walking to your local neighbourhood restaurant slowly became an impossibility.

A month later, when the government stopped all food delivery and takeaway in an effort to flatten the curve in Vietnam, Jerome Ly felt defeated but inspired to give back to the community after seeing many suffering on the streets.

This was when he launched Vietnam Oi, Co Len, a not-for-profit charitable organisation that partners with restaurants including Baba’s Thao Dien and Lion City Heart Group to cook and deliver meals to residents in quarantine areas and the less fortunate.

Through Vietnam Oi, Co Len, which has delivered up to 70,000 meals to vulnerable at-risk communities, Sayvu has made a name for itself gathering the attention of media giants Nhan Dan TV and HTV9 as well as organisations such as the French Chamber of Commerce.

More than anything, it has touched the hearts of F&B operators (previously not partners of Sayvu) and of course, increased app downloads since Sayvu sells donation meals.

I don’t care what anyone says, coffee is an “essential” and you can tell by looking at the number of speciality coffee brands and cafes in Saigon alone.

When the lockdown was announced, there was a surge in coffee interest,  from beans to cold brew as Saigon residents flocked to their favourite coffee shops to stock up on their daily dose of ‘lockdown fuel’.

I was admittedly one of them and while I love my French press, there is nothing I love more than a fresh almond milk latte.

So when Kel Norman and Will Frith (the good guys behind Building Coffee) announced they were doing fresh milk (both plant-based and dairy) lattes, my heart skipped a beat.

Not only are BEL Fridges the few fresh lattes (plant-based milk options available too) available for sale in Saigon at the moment, they also leverage the expertise, equipment and technology of Building Coffee, one of the city’s most credible coffee brands.

Simply put, building coffee is Saigon’s source for quality and behind the menu of some of the best places to get coffee in town.

And if you find the name BEL familiar, it’s probably because you’ve come across it on Sprudge, the go-to destination for all things coffee news and culture.

BEL is building coffee’s first retail concept combining speciality coffee and wine (under the watchful eye and expertise of seasoned sommelier, Dan Sousanis, a Level 2 Sommelier) under one roof.

Pegged to open on the 21st of July but due to the current lockdown orders in place, has delayed its opening.

Undefeated and armed with new equipment and fresh brand assets, Kel and Will launched BEL via a product-driven strategy i.e. fresh milk-based lattes and an evocatively nostalgic tea-based beverage coined “Dreamsicle”, which is infused with almond milk (lightly sweetened with coconut blossom nectar) and 100 per cent orange juice.

So, what do you get when a new ‘virtual brand’ introduces comfort-driven products for an anxious market while riding on the back of its market-leading credible older brother? Well, the answer is simple.

Lines forming at its door when its opens. Most of who will be loyal customers by then (including myself). This well-thought-out marketing strategy accords BEL its inclusion on my list of successful pandemic pivots and fingers crossed a buzzing status for this new-kid-on-the-block in months to come.

Also Read: F&B’s growing appetite for technology solutions and how it leads to success

Broccoli and beer anyone?

When beer was declared a ‘non-essential’ (I beg to differ) F&B product by the government in July 2021, this necessitated household craft beer brand Heart of Darkness to halt its operations and founder John Pemberton to say “enough is enough”.

At this time, much of Saigon was still in lockdown amid record-high cases and e-grocers were overwhelmed with orders resulting in an average 10-to-14 day waiting period. John Pemberton and his team recognised the bottleneck in the grocery supply system and decided to offer an alternative for Saigon residents.

Within a week, the HOD team partnered up with a fresh fruit and grocery supplier and leveraged its technology, warehouse logistics, manpower and resources to turn this household craft beer brewer into well, an e-grocer business. Best part? Yes, you can get your favourite ready-to-drink Heart of Darkness beers too.

Today, Heart of Darkness has even partnered up with other local F&B brands including Tartine and D’Art Chocolate to sell sourdough bread and made-in-Vietnam artisan chocolate on its e-grocer platform. Cheeky? Perhaps. Genius? Definitely.

Beyond pizzas, cheese and pasta, Pizza 4P’s is a name widely associated with a myriad of different attributes namely sustainability and trendy interior design.

Unsurprisingly, one doesn’t become a household F&B brand well-loved by both locals and expats in Vietnam and around the world for no reason other than its products, right?

I for one tuned and couldn’t be more jealous of the DJ that got to get a whiff of whatever pizza remains left in that oven.

In addition to live stream DJ events and frozen pizzas and pasta that caused much debate within Saigon’s expat community, Pizza 4P’s also launched its inaugural book Prayer to the Future: A book that lasts a thousand years, aligning with its sustainability initiative launched a few months ago for its 10th-anniversary celebration.

The book is a project that has been in the pipeline for months and features local creatives Ki Saigon and Zac Buehner with the simple purpose of sharing compassion with the people and world around us. It includes a series of letters written by friends, loved ones, loyal customers to their great-grandchildren with words of wisdom, hope and most importantly, love.

Since the letters had to be preserved for generations to come, they had to be done on plastic, which is recycled by Pizza 4P’s in conjunction with local recyclers who helped to collect secondhand plastic off the streets of Vietnam.

Is it working? Are they selling? Who is to know but perhaps that’s not even the point. What Pizza 4P’s has done is made itself memorable and the talk-of-the-town online (social media, Facebook groups, etc.) during the lockdown.

From fierce online debates about how its frozen products are incomparable to the real deal to heightened curiosity around the debut of its inaugural book launch.

Ultimately, where Pizza 4P’s wins is in its ability to engage Saigon residents virtually and establish itself as a fun and personable F&B brand. Now that’s how you attain household brand status.

This might seem like an obvious inclusion for those thinking DIY meal kits is simply a dish broken down into its parts. To be fair, that’s not far from the truth. Nonetheless, for a restaurant to pivot overnight from offering in-person dining and hot food meant for delivery and takeaway to frozen DIY meal kits is no easy feat considering only certain types of foods can achieve this efficiently and effectively.

Furthermore, the equipment and logistics tied to being a DIY frozen meal kit business are not the same as a conventional restaurant and not many restaurants (especially premium to fine dining brands) would not opt for these options.

While pivoting to meal kits out of desperation to keep the restaurant alive might have been the original catalyst, this strategy is currently accounting for 100 per cent of revenue for several restaurants including Kebaby, Once Upon a Pasta, Rustic Kitchen and Jeffrey’s Kitchen Taiwanese Beef Noodles amongst many others who have been making waves online amongst hungry Saigon residents.

Though Kashew Cheese has always had a deli where it sold its more-ish plant-based cheeses and milk, this well-loved plant-based brand pivoted into a 100 per cent -deli concept during the lockdown. The company leveraged its connections with partners, suppliers and wholesalers to provide high-end artisan products on top of its usual offering to customers, allowing them to shop pantry items beloved by their favourite plant-based concept. It also includes products such as chilli from Saigon Charlie, wine, sake and coffee beans from Lacàph to their order, avoiding a trip to the grocery store. Sounds brilliant, doesn’t it?

The high level of convenience and relatively low risk are attractive to people cooking at home more than ever, but more importantly, these side hustles allow restaurants to earn a small profit without having to pay for the labour to transform products into fully finished dishes.

They’re a natural brand extension that could increase a restaurant’s margins while continuing to provide a service to customers who trust industry experts with some of their grocery shopping or enjoy the idea of a chef completing the mise en place for a meal.

The post 6 pivot stories of Vietnamese F&B brands that are worth your time (and taste) appeared first on e27.