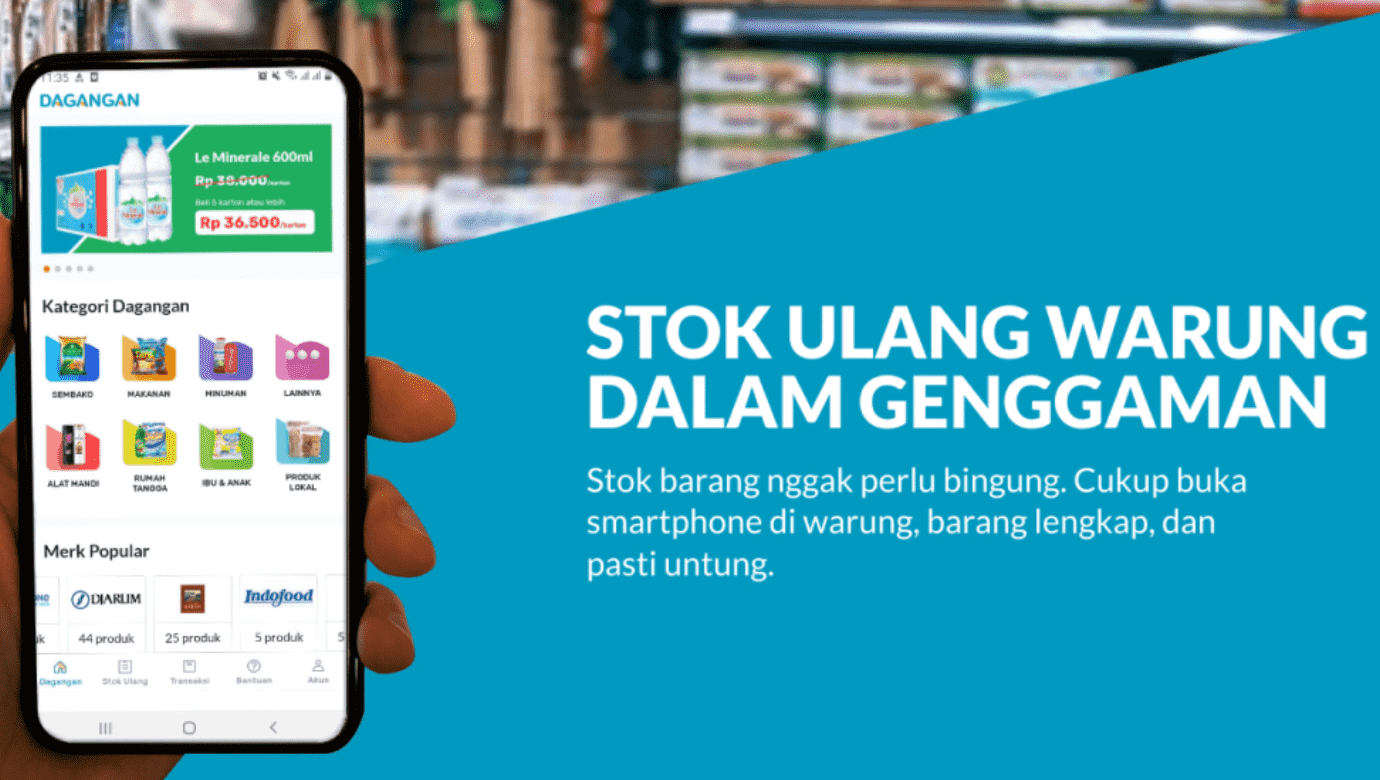 Dagangan, an FMCG-focused B2B supply chain and social commerce startup in Indonesia, has bagged an undisclosed amount in pre-Series A financing from a host of investors, including Spiral Ventures, CyberAgent Capital, 500 Startups, and local transportation company Bluebird Group.

The fresh capital will be used for business expansion. By the end of this year, the company looks to expand into 7,000 villages, open 30 hubs, and reach 40,000 active consumers.

The startup is currently operating in more than 4,000 villages spread across Yogyakarta, Central Java, and West Java. In the future, Dagangan also wants to expand to other village locations around Java.

Founded in 2019, Dagangan is a demand aggregation platform for small towns and villages in Indonesia.

The firm leverages the power of community and social networks of influencers to solve production and accessibility issues, enabling rural households to get their daily needs delivered to them at cheaper prices and with much less effort.

1) Small-time shop owners: They are usually underserved by principal brands as most of them are located far away from urban areas. Now, with the Dagangan app in place, they can order online and get the stuff delivered at their doorsteps. They no longer need to close their shops to travel for 20-30 km for purchasing items.

According to the company, the products are delivered within a day by Dagangan’s own fleet of vehicles.

Dagangan operates warehouses as a hub and distribution channel in every village across Java island, involving local communities.

“The unseen opportunity in the rural areas of Indonesia is huge. We believe that in the next three to five years, a good number of quality startups will take birth in the archipelago, and many investors will try to inject capital to help startups outside of Jakarta,” Gio Novfran, Head of Indonesia at Spiral Ventures, said.

Dagangan’s co-founder Ryan Manafe said that with the current business model, his team is able to attract the local community to grow together. “Dagangan is here to provide convenience to local communities in getting on with their daily economic activities. With the spirit of building the local economy, Dagangan offers a one-stop digital service solution to provide various household needs.”

The Indonesian social commerce industry is crowded with multiple players. In April, Super, a social commerce platform serving second- and third-tier cities and rural areas in Indonesia, announced the completion of a US$28 million oversubscribed Series B round led by SoftBank Ventures Asia.

A few months earlier, RateS, another player, bagged an undisclosed amount in Series A, co-led by Vertex Ventures and Genesis Alternative Ventures.

The post Dagangan bags pre-Series A for its one-stop platform for household needs in Indonesia appeared first on e27.