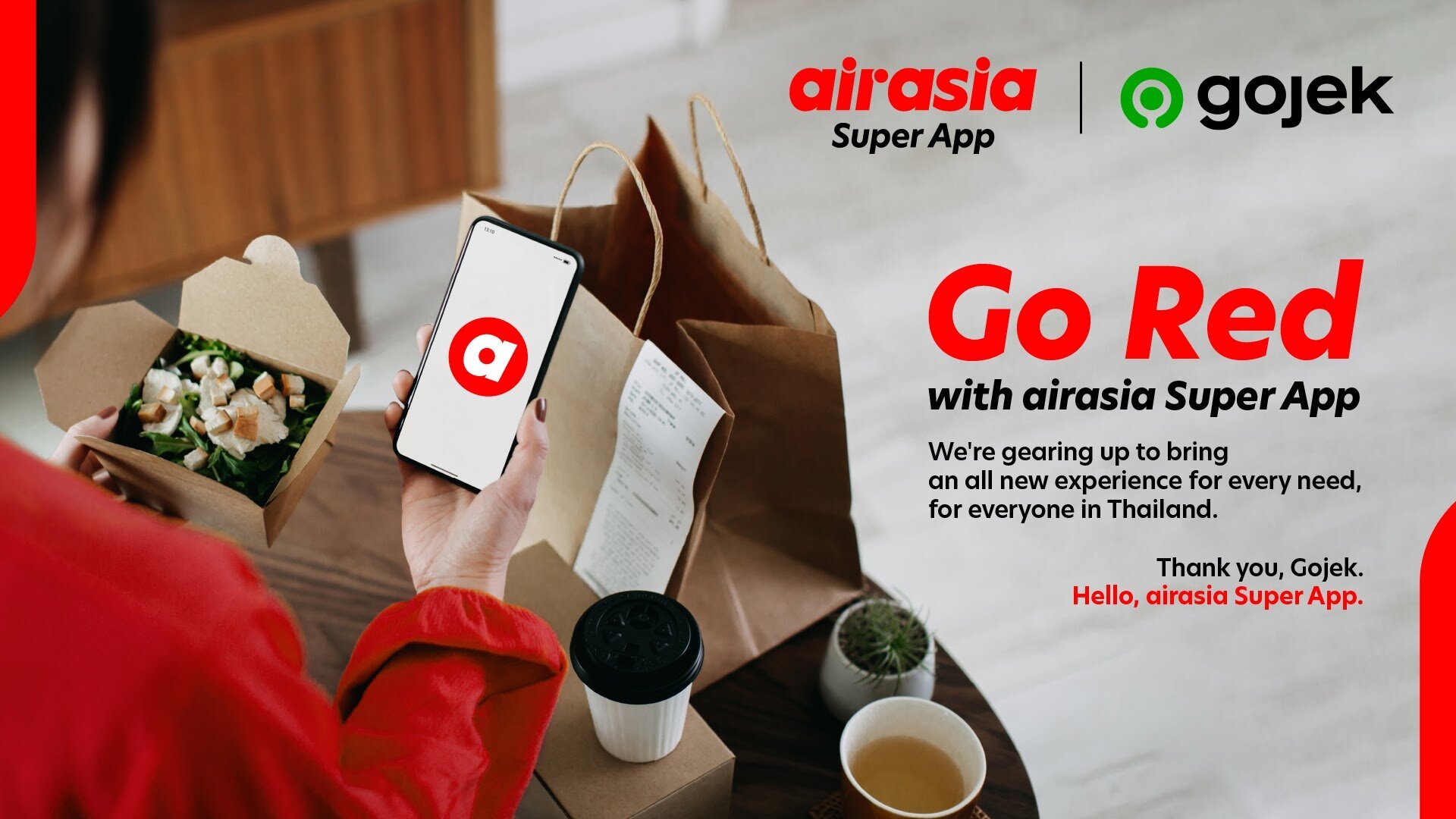 airasia Digital (previously known as RedBeat Ventures), the digital arm of the Malaysia-based airline operator, has signed an agreement to acquire the Thailand operations of Gojek.

The deal is expected to rev up the expansion of the airasia Super App in ASEAN, while enabling Gojek to increase investments in its Vietnam and Singapore operations.

In return, Gojek will receive shareholding in the airasia Super App, whose market value is said to be around US$1 billion.

In Thailand, airasia Super App aims to continue to leverage the existing ecosystem services for riders, merchants and customers, while adding new offerings such as groceries and beauty items.

It will also seek regional expansion into new markets like Chiang Mai and Phuket in the near future.

The Gojek app will continue to operate for existing users in Bangkok through to 31 July 2021. Its driver and merchant partners will be invited to join the airasia Super App in the coming weeks.

The airline company will work with the existing Gojek team in Thailand, who will operate the Gojek business during the transition period before moving over to its super app.

At the same time, in a realignment of its international strategy, Gojek is increasing investment in its Vietnam and Singapore operations. It has identified these markets have strong sources of growth for the business going forward. This includes increased driver and merchant acquisition initiatives, enhancements to user experience as well as launching new products and services.

airasia Group CEO Tony Fernandes said today’s announcement is the start of a tremendous long-term strategic partnership with Gojek. “By taking on Gojek’s well-established Thai business, we’ll be able to turbo-charge our ambitions in this space to become a leading ASEAN challenger super app.”

“We already have a complete digital economy ecosystem. We have successfully established over 15 different non- airline products and lifestyle services on our digital e-commerce platform in Malaysia. Now it’s time to take it to the next level. In response to overwhelming regional demand, we are setting our sights on bringing our Super App offerings to all of our key markets, following the successful rollout in Thailand,” he added.

Gojek CEO Kevin Aluwi said: “airasia Digital and the airasia Super App will become a highly valued partner for us as we share the same goal to provide users with better services while enhancing the livelihoods of drivers and merchants. At the same time, the deal will enable us to pivot our focus in international markets towards Vietnam and Singapore — markets providing us with the best return on investment and strategic growth opportunities.”

airasia Digital leverages the group’s physical and digital assets to create an ecosystem of businesses that connect with its customers in their everyday life. It consists of three key digital companies: 1) airasia Super App, which provides a lifestyle platform for travel, e-commerce, financial services, farm to table, health and edutech products and services; 2) Teleport, an e-commerce logistics company offering instant door-to-door deliveries; and 3) the fintech arm BigPay.

On Tuesday, the group recently announced the launch of its fresh groceries delivery service, airasia fresh, in Singapore with the launch of airasia fresh as part of its continued expansion in the island state, and it follows the introduction of its food delivery platform, airasia food, in March.

The post airasia acquires Gojek’s Thai operations as it spreads its wings to become a super app appeared first on e27.