Can Biden administration erase the ‘original sin’ of Chinese startups? 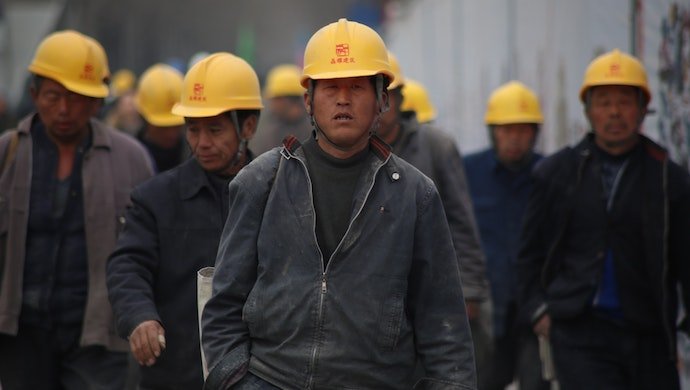 On Wednesday, US President Joe Biden officially required a review of security concerns posed by Wechat, Tiktok, and withdrew Trump’s attempt to ban new downloads of these apps over the past year.

In response to the Biden order, Gao Feng, spokesperson at the Chinese commerce ministry, said in a press conference this week that China hopes “the US will treat Chinese companies fairly and avoid politicising economic and trade issues,” as cited by Xinhua News.

This goes back to the Trump administration when these “controversial” and “unfair” allegations against Chinese technology firms had been stacked up. It partially destroyed the credibility of China’s high-tech supply chain and arousing widespread sentiment of Chinese companies being unfairly targeted by the Western government and media.

According to Hurun Research Institute, in 2020, China is home to 227 unicorns, comprising nearly 40 per cent of the world’s total, second only to America.

However, the future of these high-growth Chinese startups in their quests to Western markets is left in limbo after the bans surrounding Chinese tech giants such as Huawei, Tencent’s Wechat, ByteDance’s Tiktok over the US’s national security concerns.

“With one example for a company like Huawei or Wechat or Tiktok, they have justifiable grounds to go after them,” Financial Times senior editor Wang Feng says about the unfair attack from the US media on Chinese companies.

He cited various explicit reasons for this attack as “original sins”, including whether or not the Chinese company was state-owned or had executives related to the government; operated in sensitive fields such as defence, aviation, chips, artificial intelligence (AI), bio-tech; linked with China’s “Belt and Road Initiative”; employed minorities; invested in firms with access to a large amount of personal data, or built R&D centres in the West.

“If your answer is yes to any of these questions, then, unfortunately, you come under some sort of suspicion from the Western perspective,” Feng says.

In 2019, three Chinese leading AI unicorns, SenseTime, Megvii, and Yitu, were accused of involving in the Chinese government campaign against Xinjiang province’s ethnic minorities. These companies were then included in the Trump administration’s Entity List, which means that they could not trade with or purchase technologies from US firms.

Given that China’s fast-growing AI industry is able to beat the US supremacy in the following five to 10 years, according to The Global AI Index published by the London-based Tortoise Intelligence, this posed a certain barrier to the globalisation of these tech startups.

A representative of Megvii said in a statement that the company “strongly objects” its ill-grounded inclusion on the list. The statement clarified that while the Human Rights Watch report on a surveillance app in Xinjiang initially implicated Megvii’s Face++ solution, the organisation then corrected and reissued the report without highlighting Megvii name as there was no evidence of its involvement.

“We believe our inclusion on the list reflects a misunderstanding of our company and our technology, and we will be engaging with the US government on this basis,” the statement said.

“By this stage, the US is just striking at any Chinese company, any national champion,” Feng said, emphasising that the rising ‘dodgy stories’ related to China’s possibilities of threatening cybersecurity, committing intellectual property theft, violating human rights, or evading taxes are just justifications during the US’s ex-President Donald Trump’s tech cold war with China.

Although the “original sins” were entrenched, it could not dampen Chinese tech startups’ demands to be listed on the world’s largest capital market, which is three times larger than all China’s stock markets combined.

In April, Bloomberg reported that Chinese companies are listing in the US at the fastest pace ever, regardless of the bill from the US Senate that could force nearly a thousand Chinese firms to give up their listings if they do not comply with the US audit requirements and certify themselves as “not owned or controlled by a foreign government.”

Those aggressive moves from the US government, sometimes, receive backlash from the global business community and think tanks.

Last year, Facebook CEO Mark Zuckerberg, though sympathising with the Trump administration’s concerns about the content platform Tiktok, said that he considered the ban “a really bad long-term precedent”, according to BuzzFeed. He alluded to the idea that other countries might target Facebook’s products later as a consequence.

CNN also cited critics’ opinions that the US government’s attempt to control its citizens using the internet via Tiktok could set an anti-democratic precedent.

“When a country like the US begins to erode the ideas of democracy, it naturally opens the door for other countries to do the same,” CNN quoted Nanjala Nyabola, an author and political analyst specialising in politics in the digital age.

As China is the world’s largest and fast-growing consumer market, the US tech industry, on the flip side, is not operating unscathed in the midst of the mounting tension between the two countries.

“Revenue from that big market fuels our big research investments, which allows us to innovate and drive America’s economic growth and national security,” the president and chief executive of US Semiconductor Industry Association John Neuffer told The New York Times after the Commerce Department considered adopting a proposal to block transactions between American companies and Chinese counterparts.

“It [China] is fully integrated into the global economy. It is inexorably tied with the United States,” said Jon R. Taylor, professor of Political Science at the University of Texas in San Antonio and a columnist of Bejing Review. “Whether certain people want to talk about decoupling or not, that decoupling is almost impossible given our global trading system.”

The post Can Biden administration erase the ‘original sin’ of Chinese startups? appeared first on e27.