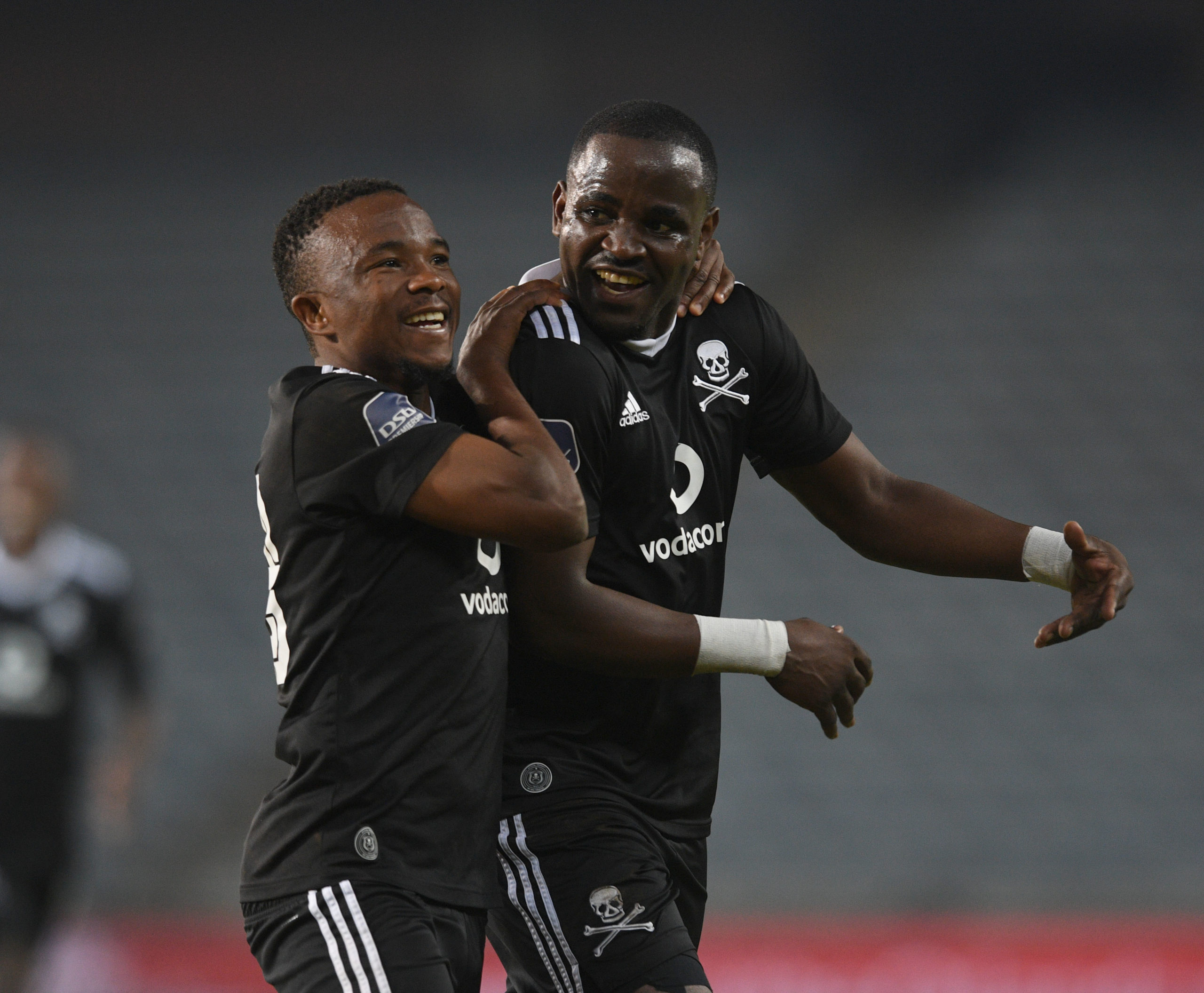 A brilliant set-piece by Gabadinho Mhango in the second half saw Bucs walk away with what is probably the most important maximum points for the club.

Orlando Pirates intensified their chances of unseating AmaZulu FC in second place on the log after edging Usuthu 1-0 at the Orlando Stadium.

A brilliant set-piece by Gabadinho Mhango in the second half saw Bucs walk away with what is probably the most important maximum points for the club, as they look to secure a place in the Caf Champions League at the end of the season.

Pirates, who are in fourth place on the league table with 46 points, now trail Usuthu by just four points, with Bucs having three games left, while AmaZulu are left with only two.

It began as a quietly balanced game, but Usuthu suffered a major blow when they lost their key player Makhehlene Makhaula due to a groin injury in the opening five minutes.

The Durban based outfit had to do without their midfielder, who has been nominated in the Premier Soccer League awards midfielder of the season.

The Buccaneers were first to try their luck at goal through Mhango in 11th minute, but his shot was not powerful.

Five minutes later, the Malawian got a glorious opportunity after AmaZulu failed to clear the corner, but Mhango ballooned his shot from close range.

The visitors first good chance only came in the the 20th when a goal-mouth scramble ensued in the Bucs box, but both Augustine Mulenga and Sifiso Sithebe failed to take the opportunity.

Usuthu finished the first half much stronger, but getting a goal was hard for them.

The second stanza saw both sides being presented with good chances. Pule’s shot in the 49th minute was calmly saved by Veli Mothwa. And at the other end, Lehlohonolo Majoro connected well with a Thabo Qalinge cross, but his header hit the cross-bar in the 55th minute.

Just after half-hour mark, Pirates finally broke the dead-lock with a spectacular free-kick from Mhango.

In their search for an equaliser, the KwaZulu-Natal outfit put a lot of pressure on the Buccaneers, but Pirates remained solid at the back.

Towards the end of the match, were some bad scenes at the team benches with Pirates coach Josef Zinnbauer and AmaZulu Benni McCarthy exchanging words after an Usuthu player tackled Vincent Pule.

With the two benches going at each other, the game went on but ended with Pirates claiming the victory.