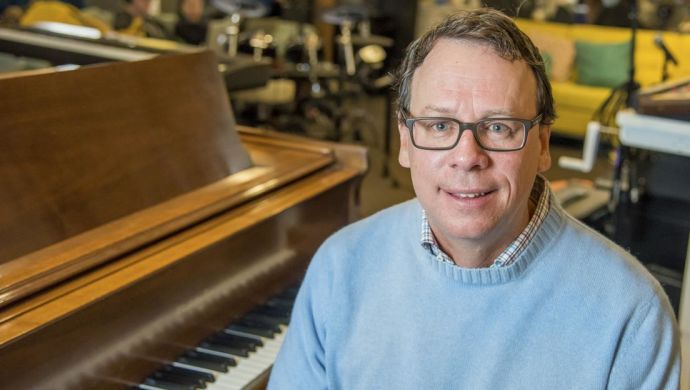 As a foreign company, how do you grow in a hyper-local market such as Asia?

Smule, a Silicon-valley headquartered karaoke app company, is one of the few that has made a mark in the region. According to Musical.ly, Smule not only has 40 million users globally but also 20 per cent of its user’s hail from India.

Although being the pioneer of the social music-making trend certainly played to its advantage, its unique features such as Live Jam, integrated lenses powered by Snapchat, AutoRap, and more within its app quickly turned into a hit, especially among teenagers.

In an interview with e27, Smule CEO Jeff Smith said; “Innovation is what sets us apart from the competition. We were the first to launch collaborative singing worldwide and in Indonesia. We have many new features in the works, all designed to provide our community with the tools they need to sing and share with friends and fellow singers around the world.”

To further learn more about its growth strategies and its future plans, particularly for Indonesia, e27 speaks to Smith in an interview.

Below are edited excerpts:

Smule was one of the earliest karaoke apps that started when there were far fewer apps similar to it. What drove its adoption? Was the growth entirely organic?

From the very beginning, we set out to connect the world through music.  The combination of our technology, relationships in the music industry, and dedication to our community helped us grow, gain recognition, and build trust early on. Most of our growth in the Southeast Asia region has been organic.

During your early days of growth and expansion into Southeast Asia, what were some of the challenges that you faced?

One of the challenges that we faced was the diversity and bandwidth of devices across regions such as the Philippines, Indonesia, and Malaysia.

Our goal is to give people the best experiences like high-definition video versions of their songs, which turned out not to be very practical. Things like the size of our application, the amount of bandwidth it takes to download, were also affected.

We had to be very aware of our limitations, and that’s one of the reasons why we came up with fully audio experiences in those regions. And part of that is because audio experiences are beautiful, you do not always need videos, sometimes just using ears and not our eyes is something that we underappreciate.

And plus, a lot of the phones that are used in those regions are not as sophisticated in giving us information that allows us to correctly identify a language, and sometimes the phones also have bugs. So that’s another challenge that we have to face.

What are some differences that you have observed in American users compared to users from Southeast Asia?

My own theory is that the western culture hasn’t really lent itself to the men feeling as empowered as the women in areas around the arts leading to this gap.

Another big difference is the level of social engagement. In the US, a common form of a song is a solo, unlike in Indonesia where it’s much more common to do a duet or a group performance with someone else.

And then finally, our Indonesian users, are spending 70 minutes a day, compared to the US, which spends only 30 minutes.

Can you shed some light on the patterns of user engagement of the Indonesian audience?

Our Indonesian community is one of the most active and engaged in Smule. Time and time again we hear our users join Smule for the singing experience but stay for the incredible friendships and supportive, positive community that’s built and sustained through the shared experience of singing together.

For many of our Indonesian users, that comes in the form of joining groups that keep members engaged by hosting concerts, live meet-ups (when it’s safe), and weekly challenges to celebrate and share members’ voices and talents.

Keeping our community at the forefront, we’ve built unique programs and products to deliver on our promise to bring people together through music. These include recurring programs like our bi-weekly challenges and timely campaigns tied to cultural moments and holidays like Ramadan and Independence Day.

What will drive the next phase of the company’s growth in Indonesia that can add another significant number to the user base?

We’ve been fortunate to partner with Timesbridge in India and experienced impressive growth as a result. We’re considering similar strategic partnerships in key regions, including Indonesia. By working with local companies that understand the landscape, we’re able to break down language and cultural barriers to deliver a better, more localized experience and explore new channels and media we otherwise may not know or have access to.

In addition to partnerships, we’ll continue to expand our Partner Artist program, which currently hosts nearly 60 Indonesian artists. We look forward to bringing more artists on board in the near future

How are you going about brand partnerships and monetisation in Indonesia?

We’re open and interested in exploring opportunities in Indonesia. We had a collab planned for 2020 but unfortunately, it was postponed due to the pandemic. The hope is that we can see it through but we’re still working through some details.

Regardless, we’re dedicated to growing Smule in Indonesia and are eagerly working to identify the right local partners to reach new audiences there.

We have also have filed patents for some of our features in Southeast Asia to maintain our status as a frontrunner as a social-music app.