WATCH: Earth can relax as Chinese rocket disintegrates over the Maldives 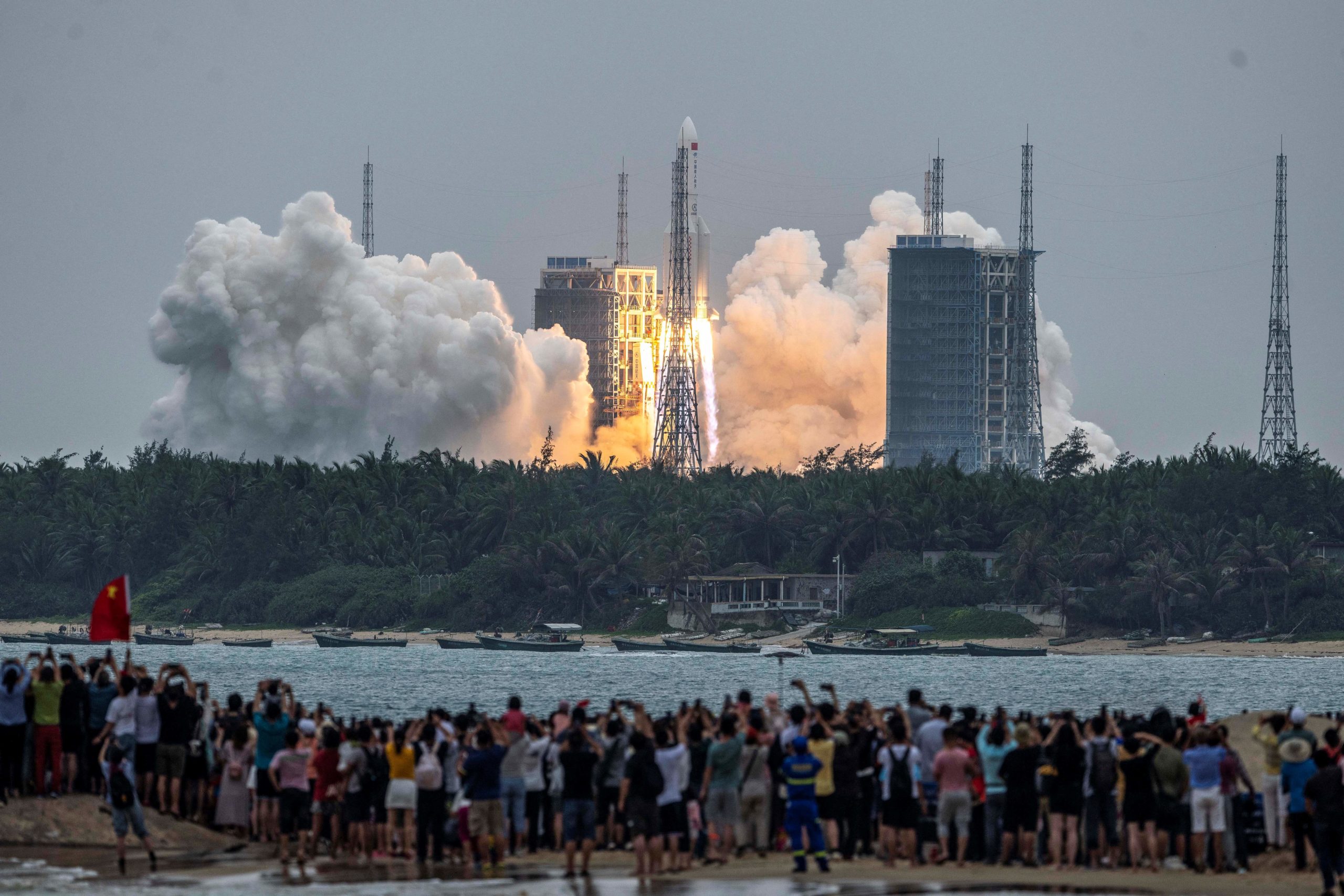 China’s Manned Space Engineering Office said most of the rocket segment disintegrated and was destroyed during descent.

A large segment of a Chinese rocket re-entered the Earth’s atmosphere and disintegrated over the Indian Ocean on Sunday, the Chinese space agency said, following fevered speculation over where the 18-tonne object would come down.

Officials in Beijing had said there was little risk from the freefalling segment of the Long March-5B rocket, which had launched the first module of China’s new space station into Earth orbit on April 29.

But the US space agency NASA and some experts said China had behaved irresponsibly, as an uncontrolled re-entry of such a large object risked damage and casualties.

“After monitoring and analysis, at 10:24 (0224 GMT) on May 9, 2021, the last-stage wreckage of the Long March 5B Yao-2 launch vehicle has re-entered the atmosphere,” the China Manned Space Engineering Office said in a statement, providing coordinates for a point in the Indian Ocean near the Maldives.

It added that most of the segment disintegrated and was destroyed during descent.

The US military’s Space Command said the rocket “re-entered over the Arabian Peninsula at approximately 10:15 pm EDT on May 8 (0215 GMT Sunday)”.

ITS RED !! But i heard its not scary at all no need to worry #ChineseRocket pic.twitter.com/XGSeYQeVlH

“It is unknown if the debris impacted land or water.”

Monitoring service Space-Track, which uses US military data, said that the location in Saudi Arabia was where American systems last recorded it.

“Operators confirm that the rocket actually went into the Indian Ocean north of the Maldives,” it tweeted.

The segment’s descent matched expert predictions that any debris would have splashed down into the ocean, given that 70 percent of the planet is covered by water.

Because it was an uncontrolled descent, there was widespread public interest and speculation about where the debris would land.

American and European space authorities were among those tracking the rocket and trying to predict its re-entry.

Objects generate immense amounts of heat and friction when they enter the atmosphere, which can cause them to burn up and disintegrate. But larger ones such as the Long March-5B may not be destroyed entirely.

Their wreckage can land on the surface of the planet and may cause damage and casualties, though that risk is low.

Last year, debris from another Chinese Long March rocket fell on villages in the Ivory Coast, causing structural damage but no injuries or deaths.

That, and the one that came down Sunday, are tied for the fourth-biggest objects in history to undergo an uncontrolled re-entry, according to data from Harvard-based astronomer Jonathan McDowell.

The uncertainty and risks of such a re-entry sparked accusations that Beijing had behaved irresponsibly.

US Defence Secretary Lloyd Austin suggested last week that China had been negligent, and NASA Administrator Bill Nelson echoed that after the re-entry on Sunday.

“Spacefaring nations must minimise the risks to people and property on Earth of re-entries of space objects and maximise transparency regarding those operations,” Nelson said in a statement.

“It is clear that China is failing to meet responsible standards regarding their space debris.”

To avoid such scenarios, some experts have recommended a redesign of the Long March-5B rocket — which is not equipped for a controlled descent.

“An ocean reentry was always statistically the most likely,” McDowell tweeted.

“It appears China won its gamble (unless we get news of debris in the Maldives). But it was still reckless.”

Chinese authorities had downplayed the risk, however.

“The probability of causing harm to aviation activities or (on people and activities) on the ground is extremely low,” foreign ministry spokesman Wang Wenbin said Friday.

Beijing has poured billions of dollars into space exploration to boost its global stature and technological might.

The launch of the first module of its space station — by the Long March rocket that came down Sunday — was a milestone in its ambitious plan to establish a permanent human presence in space.