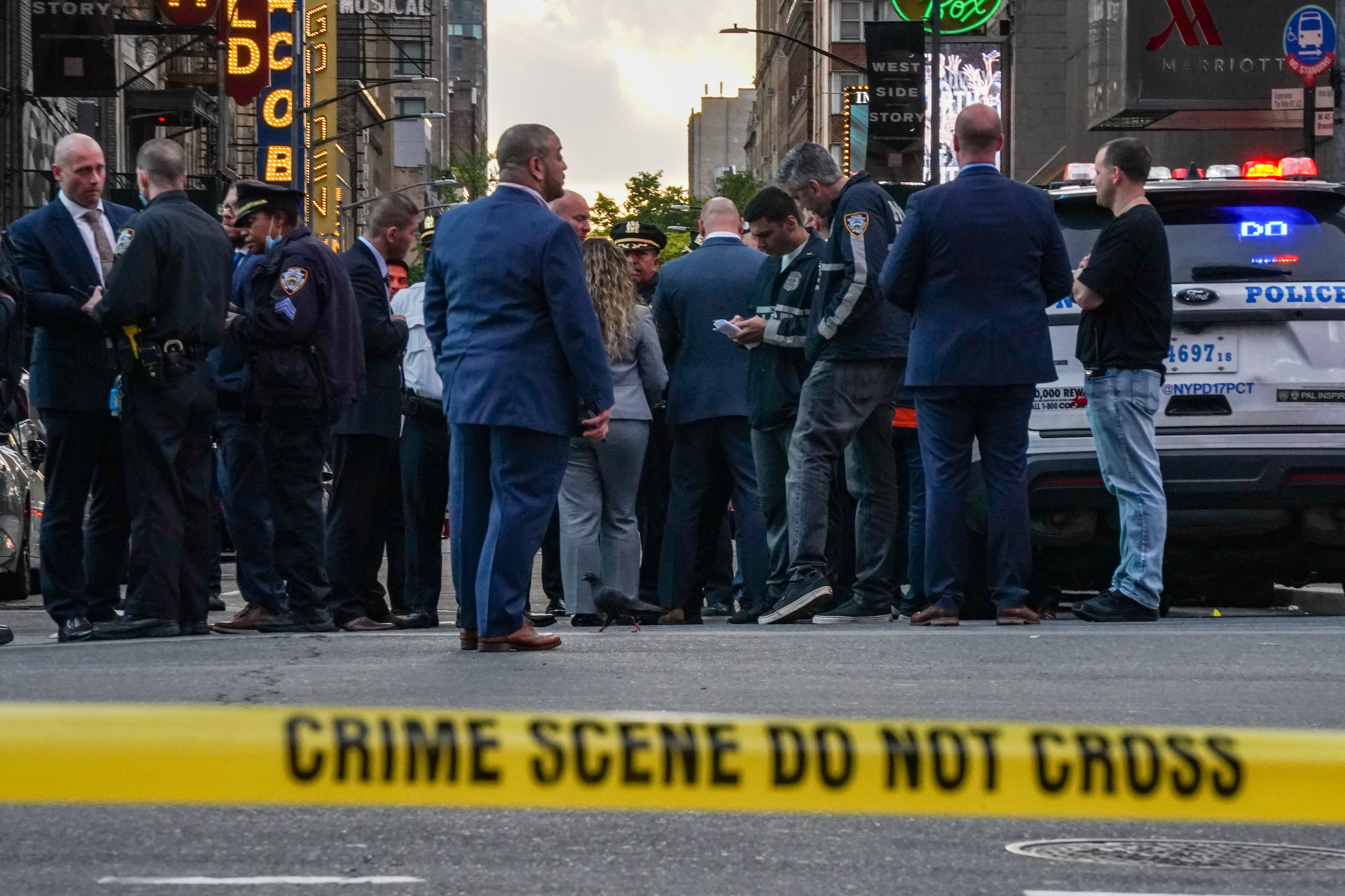 Three bystanders stumbled into an argument between two to four men, at least one of whom fired a gun.

A shooting in New York’s bustling Times Square on Saturday injured a four-year-old girl and two women, in the latest incident of gun violence in the city, police said.

The three victims were a four-year-old child in a stroller, who was hit in the leg while her family was buying toys, a 46-year-old woman hit in the foot, and a 23-year-old tourist from Rhode Island hit in the leg.

They were hospitalised in Manhattan, and their lives were not in danger, said New York police commissioner Dermot Shea, at a press briefing.

Shea said the three bystanders — who did not appear to know each other — stumbled into an argument between two to four men, at least one of whom fired a gun.

No arrests had been made by early evening. Police issued an appeal for witnesses and released surveillance camera footage of a wanted man.

Times Square, one of New York’s tourist hotspots before the pandemic, has changed since theatres all closed in March 2020.

According to a recent report by the Times Square Alliance, the neighbourhood business association, the area recorded 25 violent crimes in the first quarter of 2021, up from 17 in the same period of 2020.

At the end of March, a video of an assault on an older woman of Asian descent shocked the neighbourhood.

A man with a criminal record, who lived in a hotel near Times Square that had become a reception centre for the homeless, was arrested and charged.

Neighbourhood theatres are set to start reopening on September 14, however, and the mayor of New York, Bill de Blasio, recently announced a major campaign to revive tourism from June.

Shootings in New York have sharply increased since the summer of 2020 and the protests against the police violence that followed the death of George Floyd in Minneapolis, official data show.

Crime in general was up 30 percent over the same period.