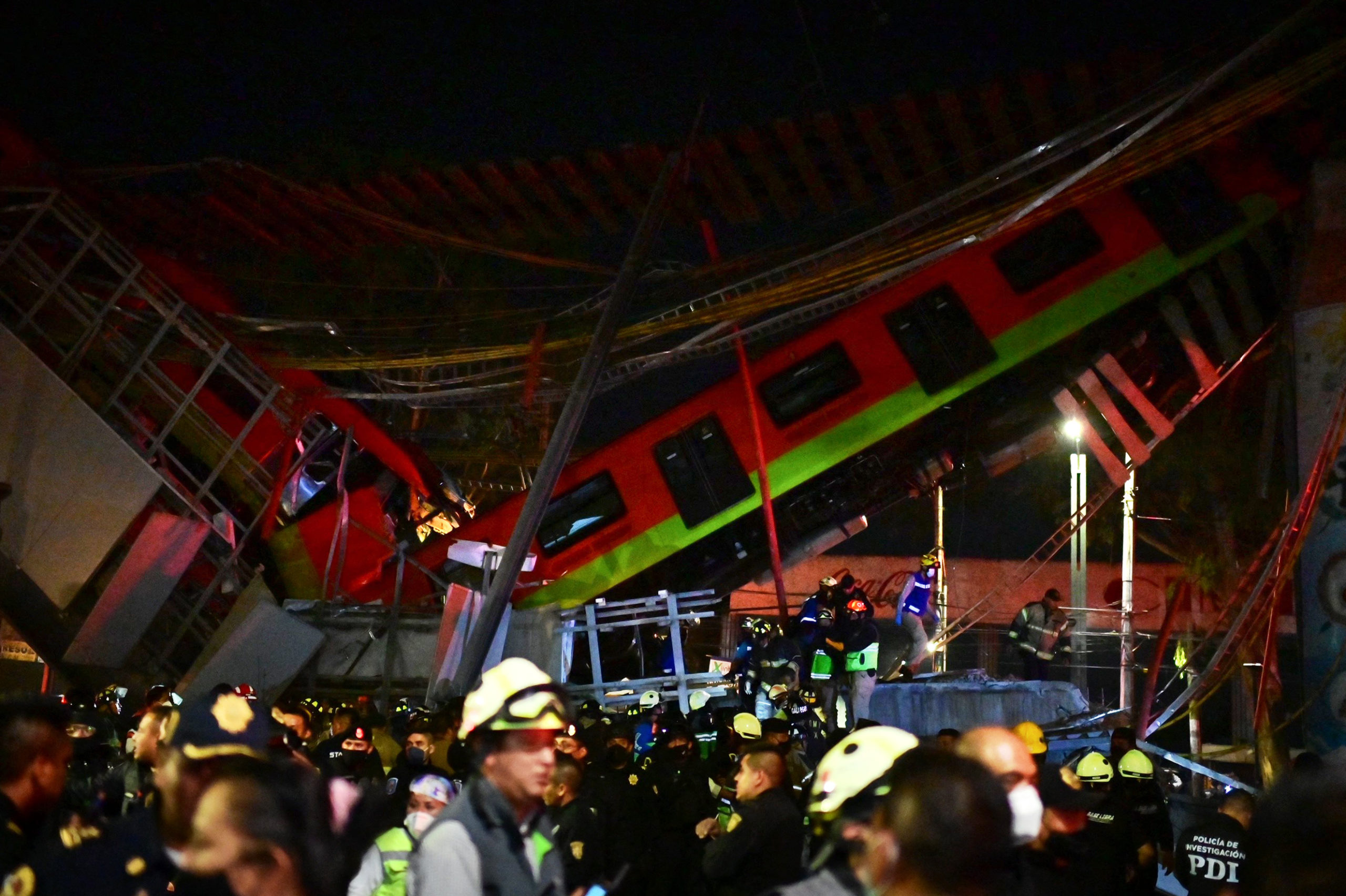 Mexico President Lopez Obrador has promised an in-depth investigation, while urging people not to speculate about who is to blame.

Mexico City will pay the equivalent of $2,000 to the families of 26 people killed when an elevated metro line collapsed, city hall’s official gazette said Saturday.

Around $500 will be paid to the approximately 80 people injured in the accident, the publication added.

The cash is meant as short term compensation to help cover food, transportation and other expenses, the gazette said.

It did not specify if more in damages will be paid to the families or this disbursement is definitive.

Demands for justice have mounted as relatives have buried the victims of Monday’s disaster, when a section of elevated track collapsed, bringing a train crashing down.

That metro line is the city’s newest and has been plagued by problems since it opened in 2012.

Hundreds of protesters gathered in the city Friday as blame focused on two proteges of President Andres Manuel Lopez Obrador.

Mexico City Mayor Claudia Sheinbaum faces questions about whether the metro network has been properly maintained since she took office in 2018.

Her predecessor and current Foreign Minister Marcelo Ebrard oversaw the development and inauguration of the line.

Lopez Obrador has promised an in-depth investigation, while urging people not to speculate about who is to blame.