WATCH: Dakar bakkie in full flight from the passenger seat 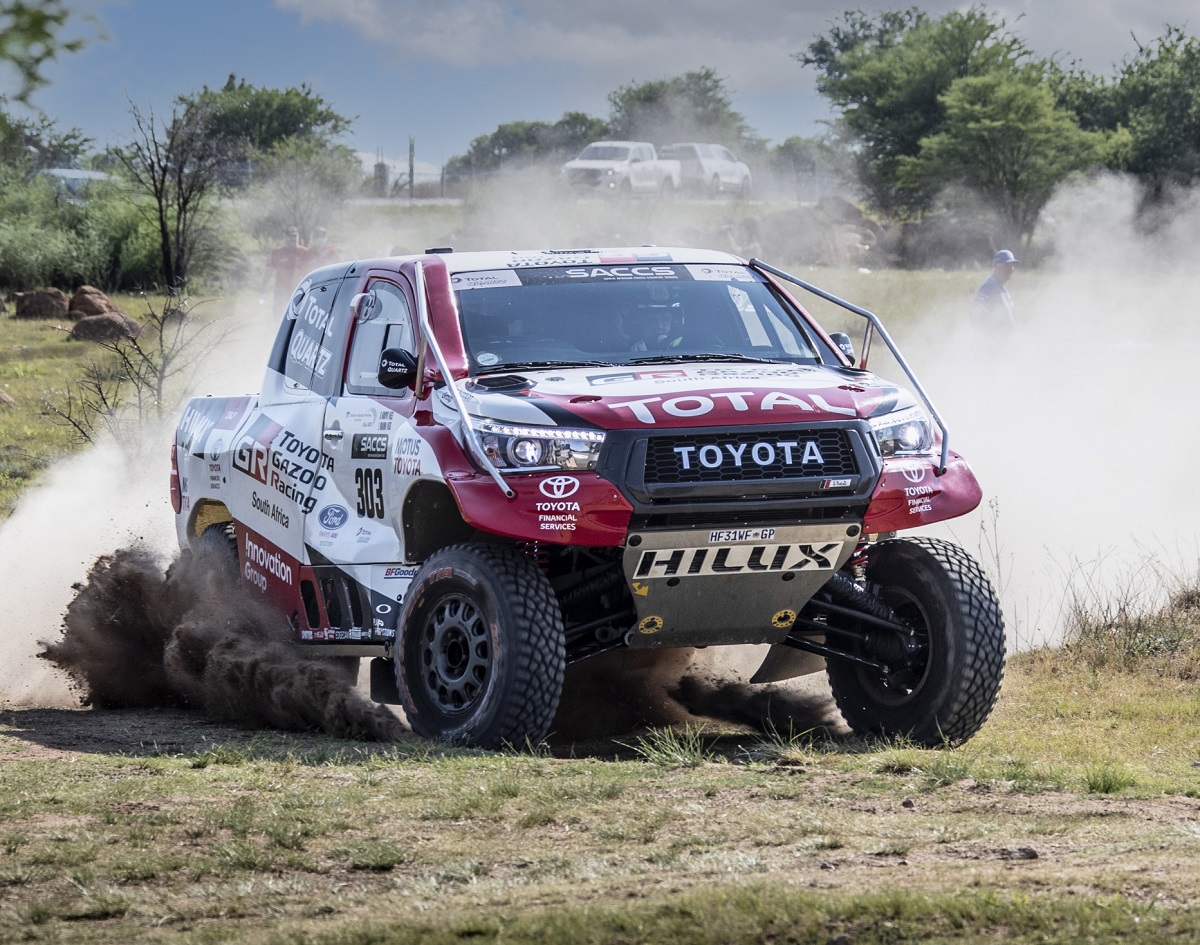 Some motorsports pundits are adamant that rally drivers make the best racing drivers in the world.

It doesn’t matter how many times you’ve watched the Dakar Rally on TV or have stood roadside during a cross-country race, there is only one way of really seeing how good these drivers are. Getting in the cockpit for a ride with one of them…

During a Toyota Gazoo Racing media day at Gerotek Test Facilities on Monday, the privileged few in attendance had the rare opportunity to be strapped into the passenger seat of the formidable Racing Hilux.

With seasoned rally driver Guy Botterill behind the wheel, just two laps around a little course hardly measuring a couple of kilometres are enough to gain newfound respect for any racer brave enough to choose a career away from the tarmac.

As you can see in the video, the ride is as bumpy as hell, and yet these brave hearts race day in and day out on much tougher surfaces. And to think the passenger seat is usually occupied by a navigator that needs to concentrate on route notes and the road ahead … all this while we couldn’t even hold a camera still using both hands!

And while I was bobbing around like crazy despite being strapped in with a four-point seat belt, Botterill was as cool as ice behind the steering wheel. In fact, his hands were so gentle on the steering wheel and the gear lever, he could have been mistaken for someone taking his family to church on a Sunday morning.

And after stepping out of the car with your heartrate pulsing, you realise that you are drained from the adrenaline rush after only spending a handful of minutes on the inside. These guys do it for hours at end and for two weeks straight during the Dakar. Scary thought.