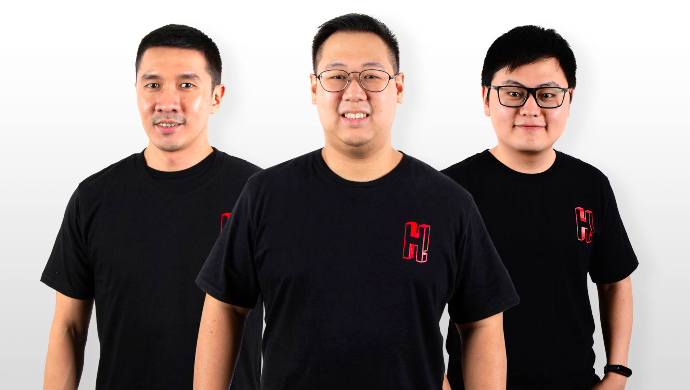 Hangry, a culinary startup with a cloud kitchen and multi-brand concept in Indonesia, today announced that it has closed its “oversubscribed” funding of US$13 million in an Alpha JWC Ventures-led Series A round.

Hangry plans to use this capital scale its business and open more than 120 outlets in total, with the aim of launching 20-plus dine-in restaurants across Indonesia in 2021.

Founded in 2019 by Abraham Viktor, Robin Tan and Andreas Resha, Hangry follows an asset-light business model wherein it produces “quality food at affordable prices” to cater to the urban, mobile-first consumers in the archipelago.

Hangry’s in-house brands’ menus are available on GrabFood, ShopeeFood, GoFood and on its Hangry App.

Today, Hangry runs more than 40 outlets in Greater Jakarta and Bandung. In 2020 alone, it opened more than 35 outlets and claims to have grown 22x over the course of the year.

According to the founders, Hangry managed to not only survive but also thrive amidst challenges brought by an economic slowdown and government-imposed social restrictions following the onset of COVID-19.

“There are not many global food chains with gourmet-quality dishes, let alone one originating from Indonesia. That’s what we aspire to be. We’ll start from home and will continue to expand across Indonesia as well as to neighboring countries soon,” co-founder and CEO Viktor said.

Hangry received its first institutional funding of US$3 million from Alpha JWC Ventures and Sequoia Capital through the latter’s Surge programme in 2020.

“In the span of 1.5 years, they launched multiple brands across a myriad of tastes and categories, and almost all of them are amongst the best sellers list with superior ratings in multiple platforms — tangible examples of product-market-fit. This is only the beginning and we can already foresee their growth to be a top local F&B brand in the country,” said Eko Kurniadi, Partner at Alpha JWC Ventures.

Also Read: All female-led MadEats ropes in Tinder co-founder as investor to scale its internet food brands in Philippines

“Hangry’s exceptional business model has been proven to withstand the crisis. Despite the pandemic, Hangry has shown phenomenal growth, opening more than 35 outlets in 2020 alone,” says Danny Sutradewa, Managing Partner at SALT Ventures.

Of late, the concept of cloud kitchen has received great attention in Southeast Asia, and the onset of COVID-19 has further accelerated the growth of the industry.

In Indonesia, Yummy Corp. is another cloud kitchen startup that in September raised US$12 million in Series B funding, led by SoftBank Ventures Asia.

The Philippines is the other fast-growing market for cloud kitchen, with several of its startups such as Kraver’s Canteen, CloudEats and MadEats attracting investment.

The post Hangry swallows US$13M Series A to scale its cloud kitchen and multi-brand concept in Indonesia appeared first on e27.