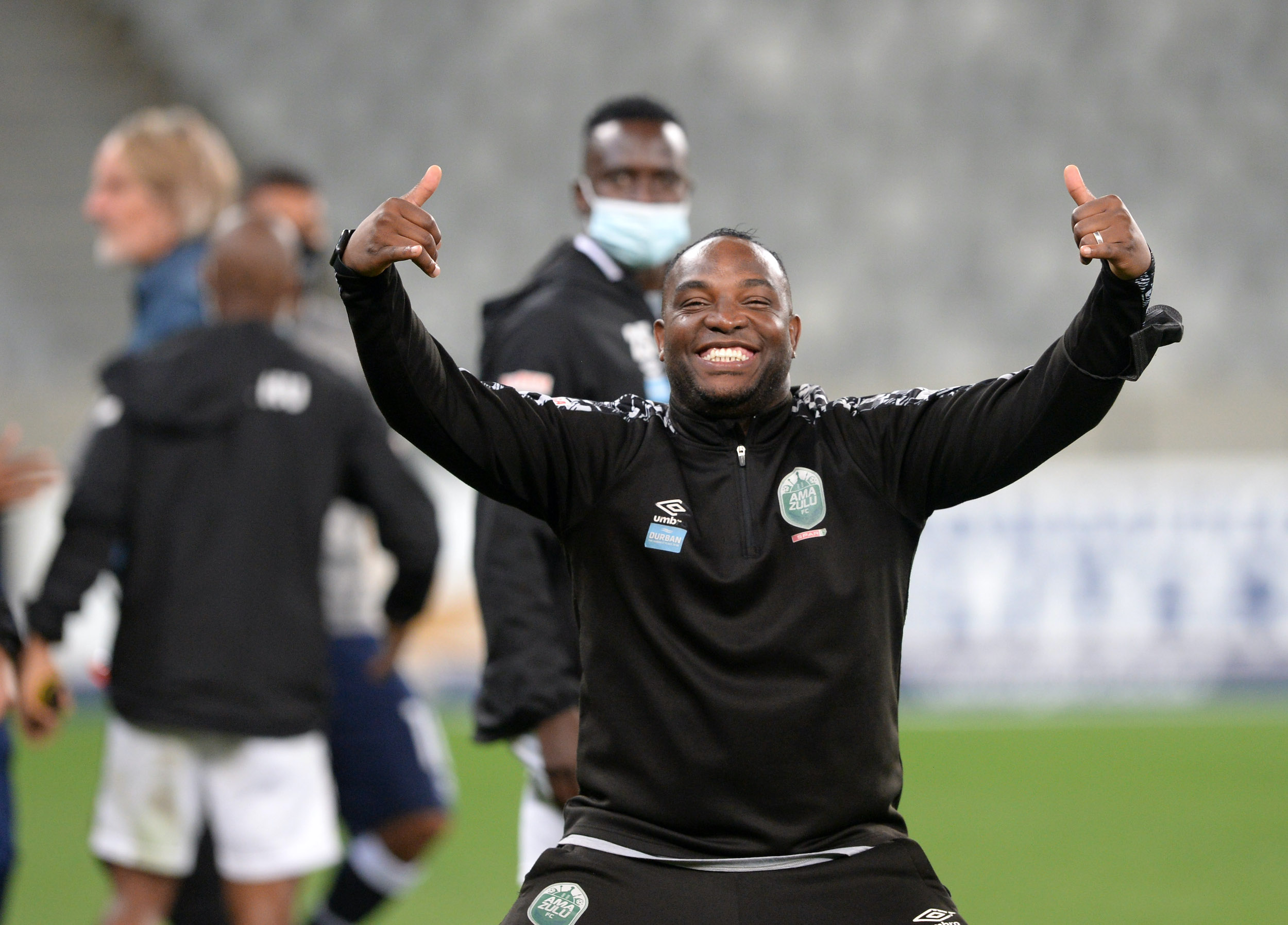 Benni McCarthy’s men turn in a five star performance to move within a point of the top of the table.

A statement of intent has been sent by AmaZulu to Mamelodi Sundowns to say should they slip up, they are ready to take the throne and be DStv Premiership champions.

Usuthu turned Cape Town City into their punching bag, beating them 5-1 at Cape Town Stadium on Wednesday evening to move to within one point of Sundowns who were held to a goalless draw by Golden Arrows at the same time.

Usuthu had a perfect start and startled City early on. The Citizens were unsettled when Augustine Mulenga finished off a polished move by Usuthu by sending the ball past Peter Leeuwenburgh to give them an early lead.

While City tried to get back into the game, they just couldn’t get going against a determined Usuthu, who looked dangerous in attack, forcing their hosts to sit back and guard against conceding further.

And with just a few minutes to the break, Usuthu struck again. Luvuyo Memela made a run into the City area and after getting past Leeuwenburgh, the keeper clipped his feet. The referee awarded a penalty which Thapelo Xoki expertly buried to make it 2-0 going into the break.

And three minutes after the break, Usuthu went 3-0 up, with Mulenga selflessly setting Lehlobonolo Majoro through on goal when he could have had a go himself. ‘Major’ simply pushed the ball into the net and went on to do a celebratory dance. He was pointing at his wrist in a way that suggests a time has come – probably for Usuthu to achieve big things.

Leeuwenburgh came out tops a few minutes later ,saving Xoki’s second attempt from the spot. The penalty had been awarded after Siyethemba Sithebe was fouled inside the box by second half substitute, Craig Martin as Usuthu piled the pressure.

AmaZulu were awarded another penalty in the 65th minute after Martin pushed Majoro. Memela took responsibility this time and converted, with Leeuwenburgh getting to the ball, but it squirmed under the ‘keeper’s body and into the net. .

City were also awarded a penalty in the 76th as they pushed forward late in the game. Sithebe brought Aubrey Ngoma down inside the box, but Fagrie Lakay missed with the spot kick. The striker however made amends for the embarrassing miss a minute later scoring with an easy tap in after his initial shot had hit the post.

With four minutes to the end, City were probably thinking the nightmare is ending soon, but Sithebe had other ideas. The lofty midfielder made it 5-1 with an easy finish after an Usuthu counter attack.