Polarising Fiat Toro shows its refresh itself in Brazil 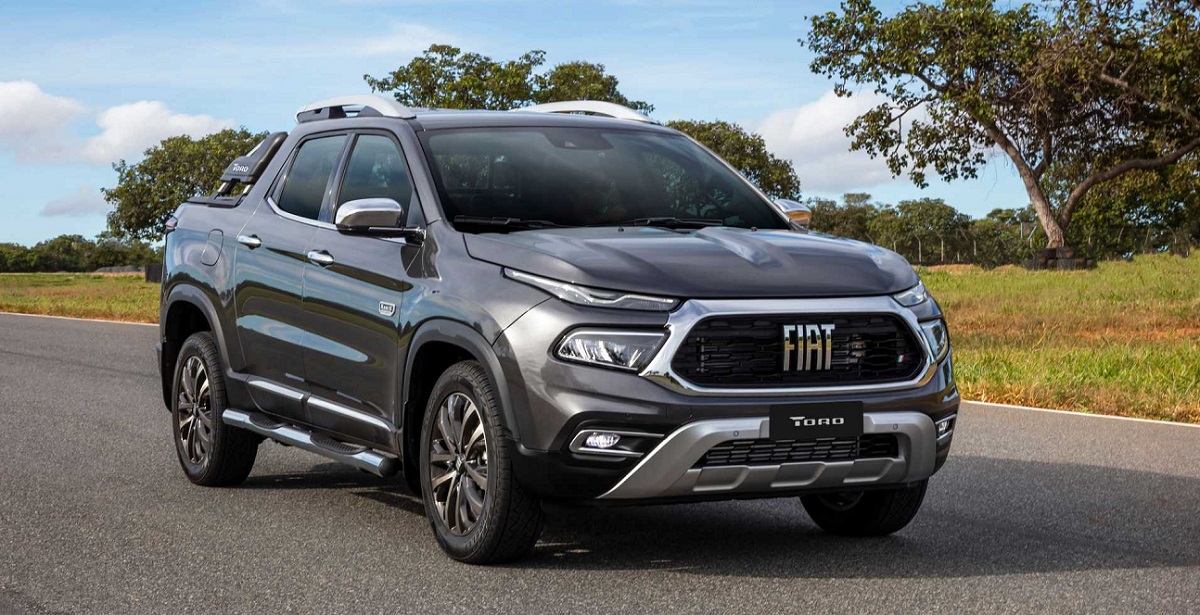 Second only behind the Strada as Brazil’s best-selling bakkie, Fiat has taken the covers off of the facelift Toro five years after its introduction. In terms of dimensions, the Toro sill measures 4 915 mm in overall length with its wheelbase being 2 990 mm and height 1 330 mm. Despite the frontal revisions, the rear facia remains unchanged with the same applying to the barn-door style opening tailgate.

The biggest change to the vehicle known as the Ram 1000 in other parts of South America is the interior. While a seven-inch Uconncet touchscreen infotainment system comes standard on the entry-level Endurance, the next-step Freedom boats and 8.4-inch display with both units being Apple CarPlay and Android Auto compatible.

Also standard is a seven-inch TFT instrument cluster with all models benefitting from a redesigned centre console, new seats and type A and C USB inputs.

While an option on Volcano that sits above the Freedom, the top-spec Toro models, the Ranch and Ultra, swaps the 8.4-inch display for a Ram 1500 tablet-like 10.1-inch system with embed satellite navigation. The pair are also the only derivatives to come as standard with Autonomous Emergency Braking, Lane Departure Warning and Auto High Beam Assist.

An option though is the Comfort package which adds leather seats, a rear armrest, satellite navigation and a wireless smartphone charger, while upgrading to the Comfort Plus nets front parking sensors, an electrochromatic rear-view mirror, the mentioned new safety systems, rain sense wipers and auto on/off headlights.

On the Volcano, the Comfort package is standard in addition to 18-inch alloy wheels, seven airbags, an electric driver’s seat, folding electric mirrors, push-button start, keyless entry and chrome door handles. As mentioned, the 10.1-inch display is optional together with the new safety system and a sunroof.

Upping the ante further, the Ranch, aside from the systems mentioned, gains brown leather seats with brown interior detailing, chrome side steps, a roof rack and roll bar as well as all-terrain tyres, while the Ultra drops a wheel size and the go-anywhere tyres for black alloys, a loadbin cover, black instead of chrome roof rails, black leather seats, sports bar and a black front skidplate.

Underneath the bonnet, Fiat has dropped not only the normally aspirated 2.4-litre Tigershark petrol engine with 139kW/224Nm, but also the six-speed manual gearbox with the entire line-up being automatic only.

The standard unit on the Endurance, the 1.8 E.torQ petrol/ethanol engine produces an unchanged 104kW/189Nm, while the new addition is the 1.3 Firefly turbo used in not only the Strada, but also the Jeep Compass. In the Toro, the Brazilian made and developed unit punches out 137kW/270Nm.

Both are linked to a six-speed automatic gearbox with the Firefly optional on the Endurance but standard on the Freedom and Volcano. Unchanged is the 2.0-litre turbodiesel whose 125kW/350Nm is channelled to the front or all four wheels via a nine-speed automatic ‘box. Available across the range, the oil-burner is however the only option on the Ranch and Ultra.

Now available in South America, the Toro is classified as a market specific model, meaning it will continue to be offered with left-hand-drive and therefore a no-no for South Africa.