Charlotte Maxeke will only reopen in May, after fire 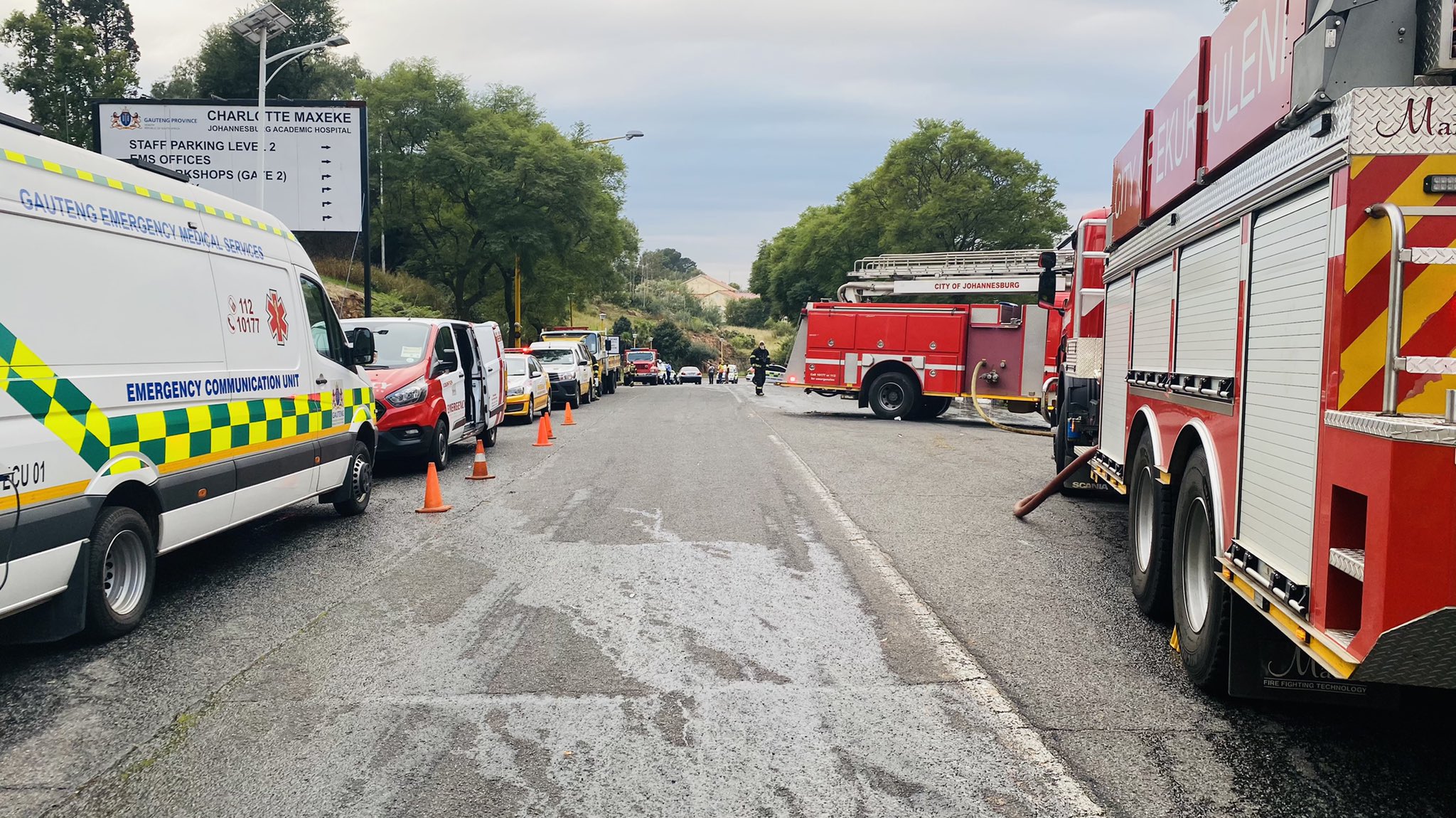 Operations at the Charlotte Maxeke Johannesburg Academic Hospital are expected to resume on 3 May after parts of the hospital were gutted by a fire last week.

The fire affected two blocks, which will remain closed until a detailed structural assessment is completed.

The Gauteng health department on Saturday said more than 800 patients were transferred to 17 health facilities in the province.

“The rest of the hospital, which was not affected by the fire, is being prepared for the resumption of services and the return of patients. All patients will be transferred during the weekend of 1-2 May 2021 and the hospital will resume services from 3 May 2021,” the department said.

The fire significantly damaged parts of the structure.

During a visit to the facility on Tuesday, Health Minister Zweli Mkhize, Gauteng MECs Tasneem Motara and Nomathemba Mokgethi, and the hospital’s management were unable to say when workers and patients would be able to occupy the building again.

Mkhize said the fire started at the dispensary section, where personal protective equipment and other essential supplies were kept.

“The building has shown significant damages, especially where the fire happened. In some areas, there are the destruction of floors and some floors riddled with holes. We have received a report, indicating the level of damages and expedited a timeline [for] contractors’ appointment to clear and assess the damage,” he was quoted as saying.

He said that a thorough assessment needed to be done by structural engineers, who will look at which part of the building is compromised and to what extent it is damaged.

Motara, who heads the Gauteng Department of Infrastructure Development and Property Management, claimed the hospital has the appropriate equipment to battle any occurrence.

“At the time the hospital was built, it met fire needs of that time. When we do maintenance and repairs, we ensure that we address it up to current conditions. Inside the hospital, there are fire extinguishers and fire sprinklers that were tested.

“There is a fire hydrant system (in the hospital). What happened on that day was that City of Johannesburg firefighters could not connect to the nearby hydrant and then used an alternative hydrant,” Motara said.

The MEC claimed there were 160 hydrants at the hospital.