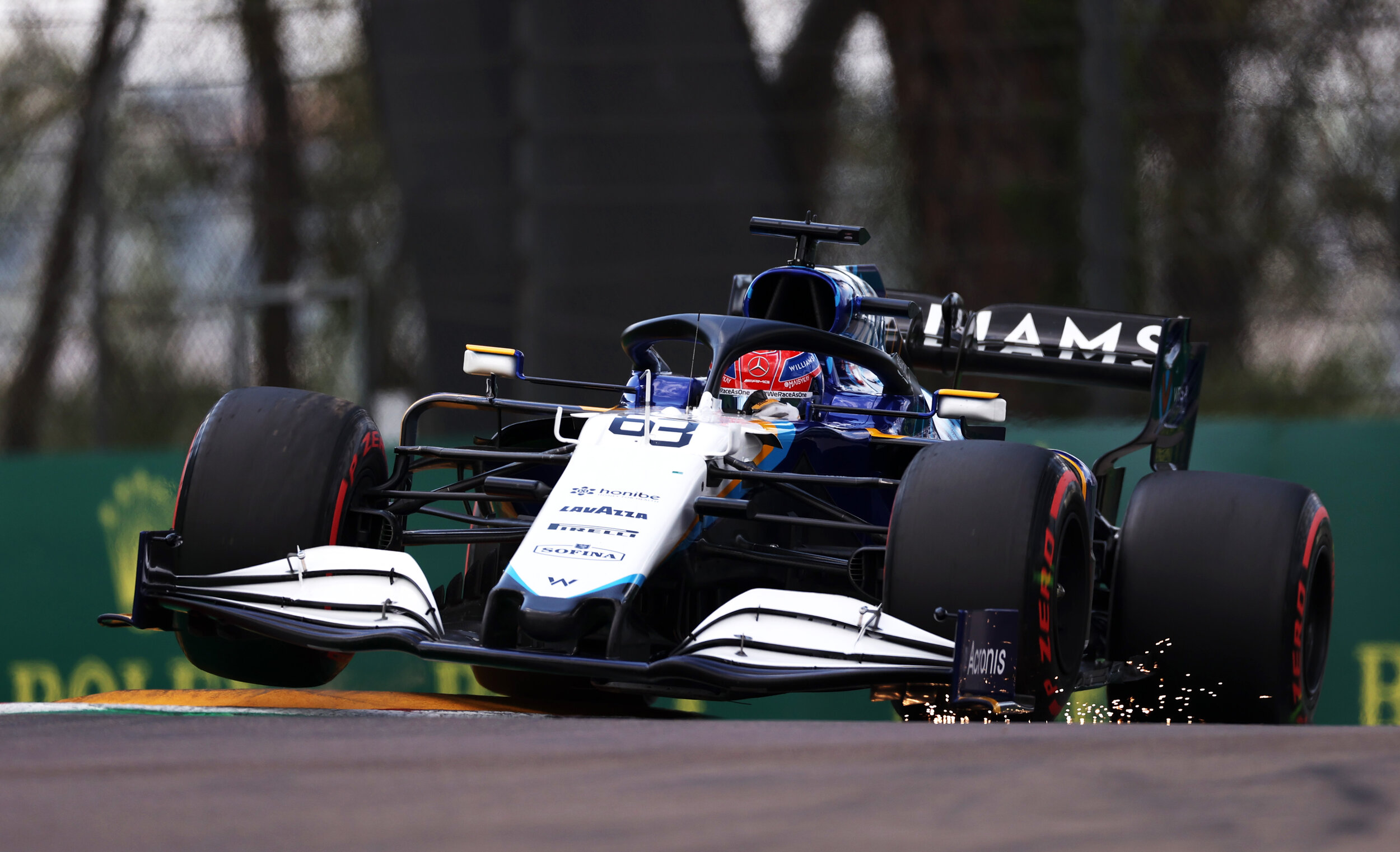 A high-speed crash involving Mercedes’ Valtteri Bottas and George Russell in a Williams forced Sunday’s Emilia Romagna Grand Prix to be red-flagged as debris was cleared off the Imola circuit.

The pair collided at over 300km/h on lap 34, both drivers shaken as their wrecked cars were lifted off the track.

Russell was furious, remonstrating with Bottas before the Finn had even got out of his car, slapping his helmet.

Russell smacking Bottas on the helmet while Bottas gives Russell the finger ???????? pic.twitter.com/z4oHY8XYCe

The air was filled with four-letter expletives as the pair let off steam.

Once back in the pits Russell tweeted: “Thanks for all the messages. I’m fine, just disappointed.

“At the end of the day, it’s an unfortunate incident. You’re entitled to defend your position. But at 330kph, you have to respect the speed and the conditions when doing so.

“Gutted for the team. They deserved more today.”

The race was immediately suspended as strewn car parts were removed from the circuit.

The red flags appeared a lap after a rare mistake from Lewis Hamilton saw the Mercedes world champion hurtle off the circuit into a gravel pit when placed second on a tracherous rain-softened track.

That uncharacteristic slip-up had left Max Verstappen’s Red Bull firmly in control from Charles Leclerc’s Ferrari with Hamilton down in ninth.

Half an hour after the suspension, a rolling re-start saw Verstappen set off in front of Leclerc and Lando Norris for McLaren. Hamilton, his car repaired, had work to do.

Left in the pits were Bottas, Russell and Nicholas Latifi in the second Williams whose race had ended on lap two.