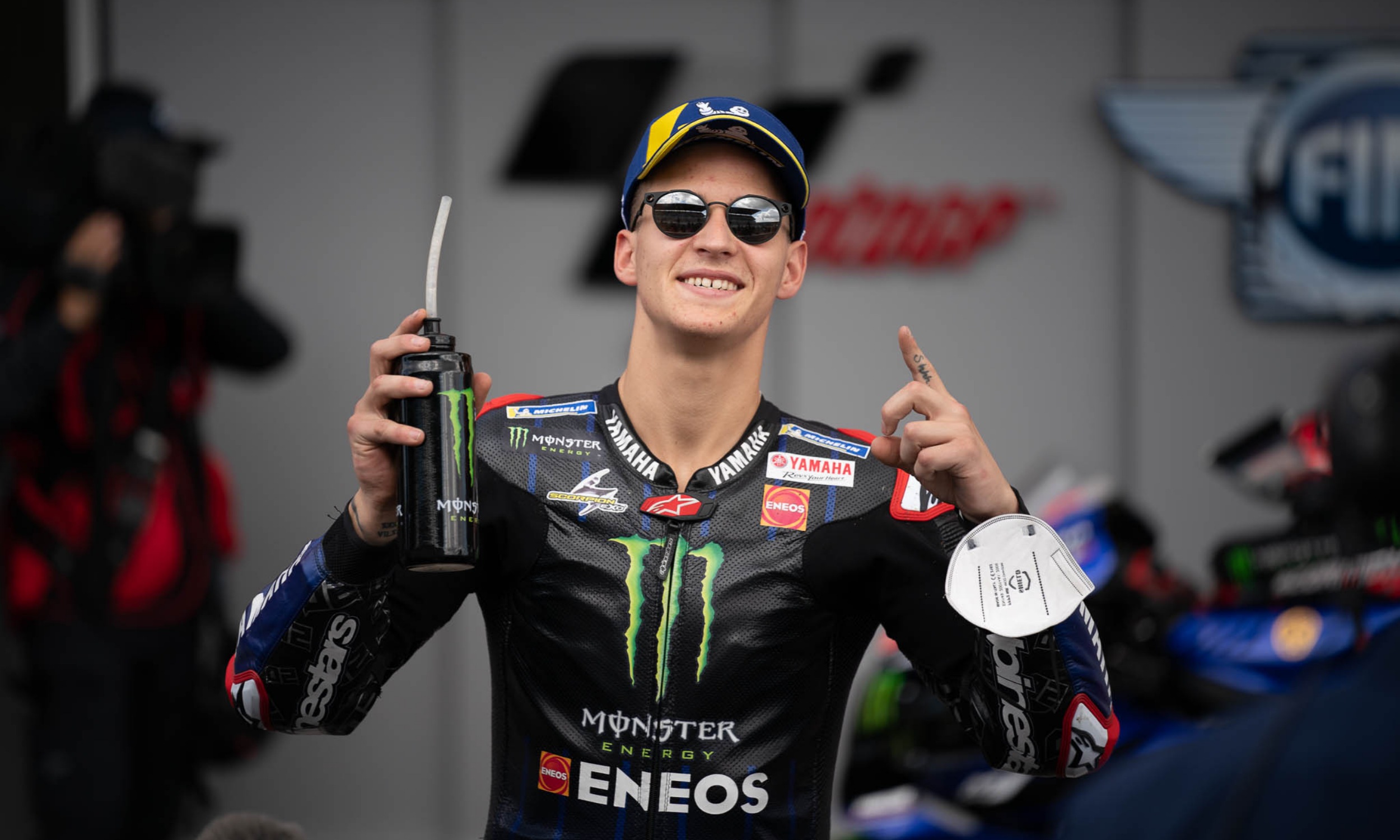 France’s Fabio Quartararo, on a Yamaha, claimed the qualifying honours in style in Portimao on Saturday to take pole for the Portuguese MotoGP with returning six-time world champion Marc Marquez on the second row of Sunday’s grid.

Marquez has wasted no time getting back in the thick of things nine months after his crash in the Spanish Grand Prix which ruled him out of the the entire 2020 season, and the first two races this year.

Quartararo, winner of the Doha MotoGP last time out, secured the 11th pole of his career with a new lap record time of 1min 38.862sec, at the main expense of Alex Rins (Suzuki) and early championship leader Johann Zarco (Ducati-Pramac).

ALSO READ: Marquez quickly up to speed on MotoGP comeback

Italian Francesco Bagnaia had set the quickest time but he had his lap wiped off the time sheets because of a yellow flag warning after a Miguel Oliveira crash, leaving Quartararo to suggest that “it doesn’t feel like pole” and Bagnaia down in 11th.

The third row is occupied by the Aprilia of Aleix Espargaro, Luca Marini, the half-brother to Valentino Rossi, and defending champion Joan Mir.

Mir is competing this weekend handicapped by a late change in his chief mechanic, absent after contracting Covid-19.

Rossi, who swopped places with Quartararo in Yamaha’s satellite SRT stable, qualified in only 17th.

Honda-LCR’s Japanese rider Takaaki Nakagami (Honda-LCR) skipped qualifying after his crash on Friday in practice and will determine if he is race fit on Sunday morning.

Saturday practice was marred by a sickening crash that saw Jorge Martin (Pramac Racing) stretchered off the track straight to hospital for further medical checks.

The Spaniard was conscious, but with contusions to his head, right hand and right ankle and misses the rest of the weekend.