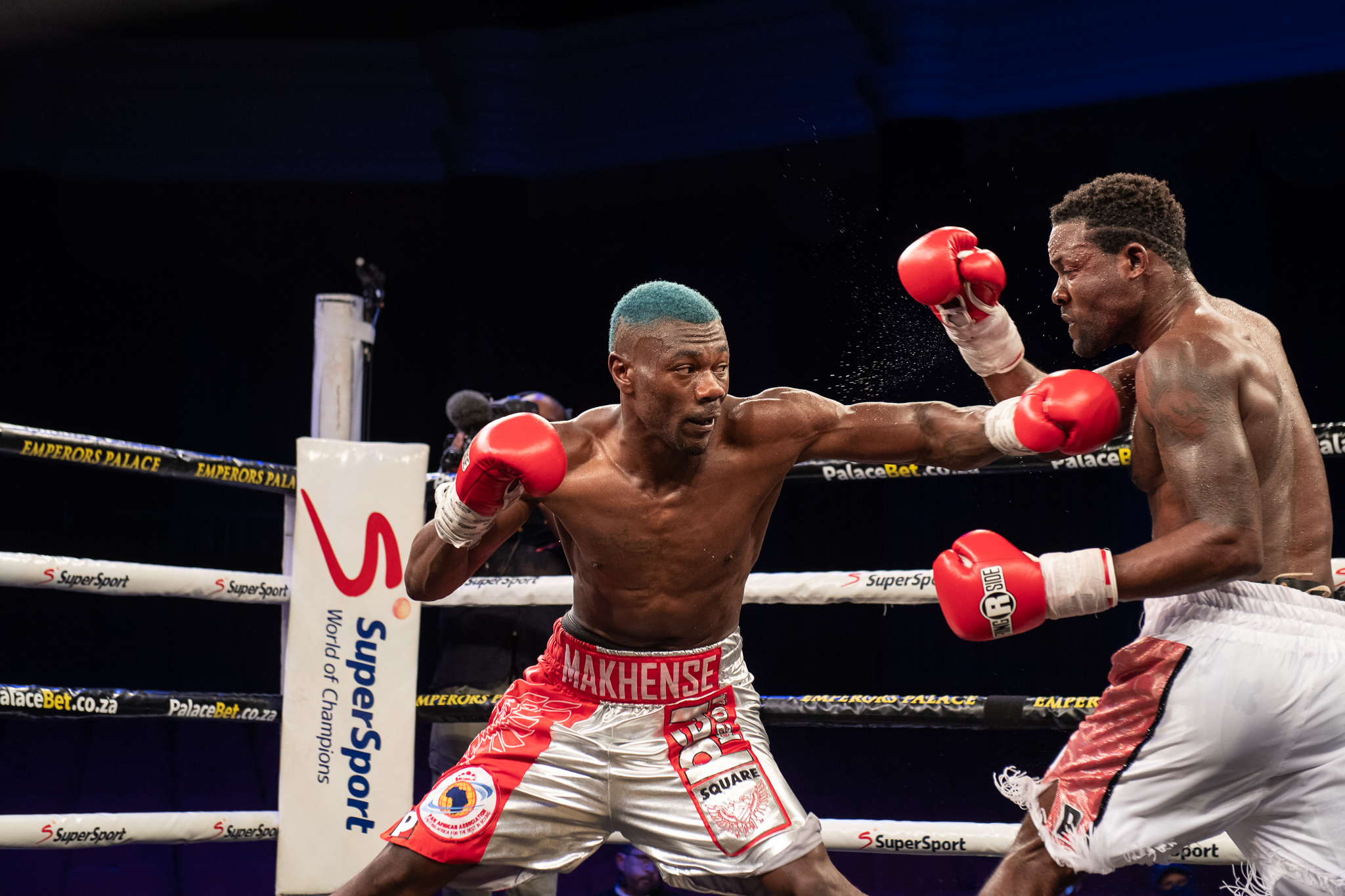 If all parties agree on the purse offers, it’s expected the intriguing fight may be added to the card for the tournament dubbed “Generation Next” at Emperors Palace on 19 June.

The Golden Gloves headquarters in Johannesburg is expected to be a hive of activity on Wednesday morning when another exciting local match-up could be signed and sealed.

While the finer details have to still be ironed out before the respective camps put pen to paper, the fight between SA and ABU welterweight champion Thulani “Evolution” Mbenge (17-1-13 knockouts) and unbeaten WBA Pan-Africa champion Jabulani Makhense (11-0-5 ko’s), appears to be a go.

Makhense’s trainer Sebastiaan Rothmann has been invited to a meeting with promoter Rodney Berman and although he hasn’t exactly been briefed about the nature of Wednesday’s meeting, reliable sources have indicated that it is intended to place an offer on the table, negotiate terms and sign a contract for the appetising match-up.

“We’ve been wanting the fight for at least two years. If they offer me the fight, I’m taking it for sure. I would love it to be made,” said Rothmann.

If all parties agree on the purse offers, it’s expected this intriguing fight may be added to the card for the tournament dubbed “Generation Next” at Emperors Palace on 19 June, although it’s uncertain which titles would be on the line.

“For us, looking at the continent, this is undoubtedly the big one out there. It doesn’t make sense for us to stick around and face lesser opponents at every turn,” emphasised Rothmann, a former national, WBU and IBO cruiserweight champion in his day.

“With Tulz (Mbenge) being a former IBO champion and having the pedigree he has, it makes sense, especially in these difficult times when overseas options are so limited.”

Mbenge’s handler Sean Smith also responded very enthusiastically to ongoing talk of this showdown during the week and barring any unpredictable financial stumbling blocks, is unlikely to hesitate penning the deal.

Mbenge was a rising star in the Golden Gloves stable until losing his IBO championship to the craggy German Sebastian Formella in Germany in 2019, but for reasons known to this publication, fell out of favour.

He since redeemed himself by regaining the national welterweight title via a fourth round stoppage win over Mziwoxolo Ndwayana in December.

Two months prior to that, he captured the vacant ABU belt with a unanimous points decision over Mordechee Kuvesa Katembo of the DRC, a common opponent he shares with Makhense.

Makhense who held the WBA Pan-African and IBF Continental titles at junior welterweight before stepping up in weight class, also out-pointed Katembo in his last outing.