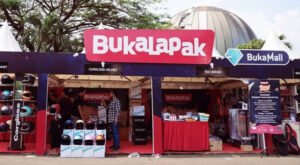 Other investors joining the mega-round include SC Ventures (the investment arm of Standard Chartered) and Korean web portal Naver.

The report stated, citing sources, Bukalapak is planning to list in Indonesia and has engaged Bank Mandiri’s securities arm Mandiri Sekuritas to assist in the process.

Should the local listing materialise, the e-commerce giant will then look to merge with a special purpose acquisition company (SPAC) in the United States.

The latest funding round comes six months after reports stated Bukalapak was raising a US$100 million funding round, which at the time had already included Microsoft, GIC and Emtek.

The company recently partnered with Standard Chartered to launch “innovative offerings” as part of efforts to advance the latter’s on digital banking.

Yesterday, regional super-app Grab announced it was merging with SPAC Altimeter Growth Corp in what will be the world’s largest SPAC deal.

Its e-commerce rival Tokopedia is in talks with ride-hailing giant gojek in a merger that would see the US$18 billion combined entity pursue a dual listing on the Indonesia and US exchanges.

Meanwhile, Indonesian travel giant Traveloka is in discussions with Peter Thiel-backed SPAC Bridgetown Holdings, in a deal potentially worth US$5 billion.