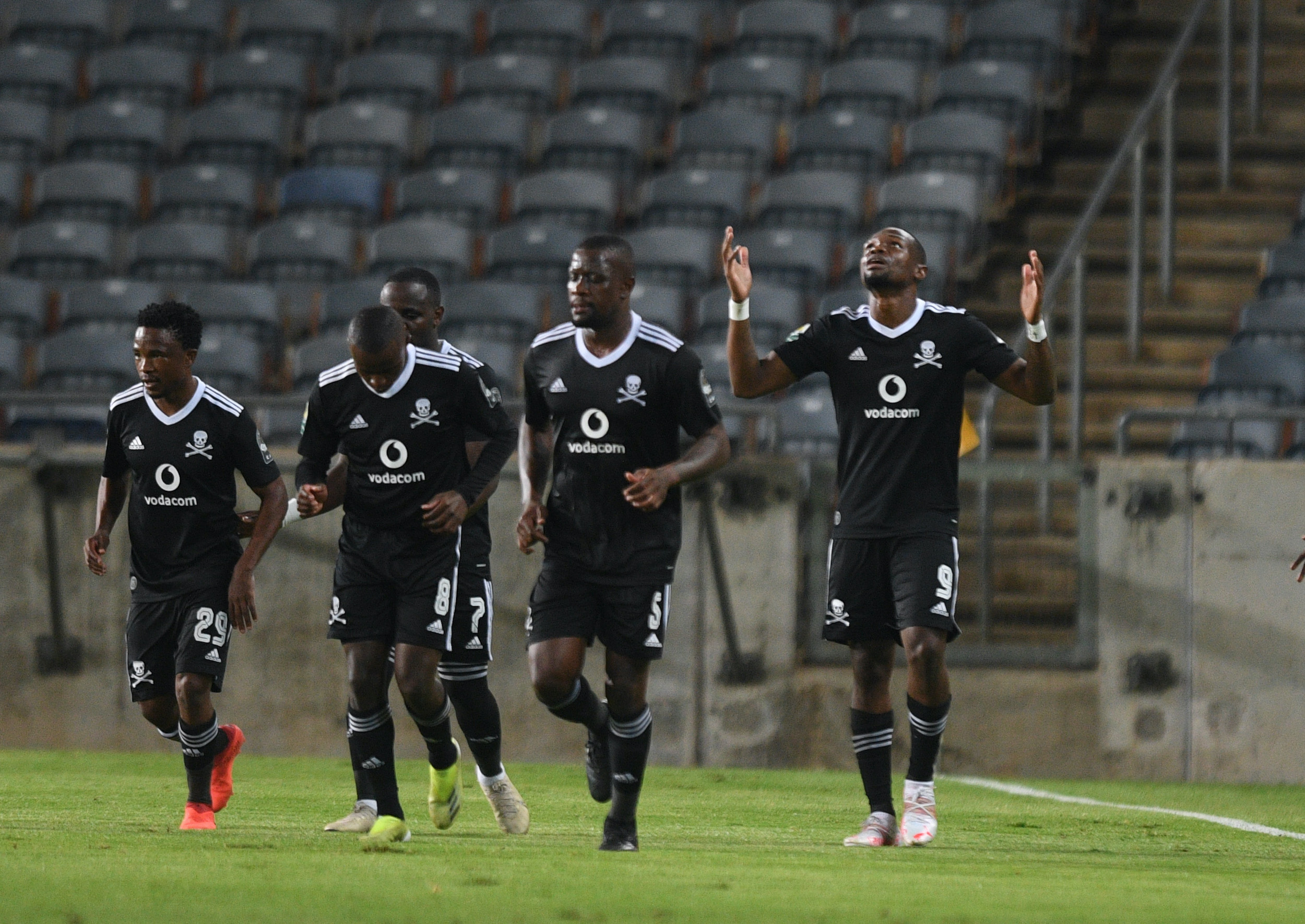 Ntsikelelo Nyauza, Tshegofatso Mabasa and Kabelo Dlamini blast Pirates to the top of Group A.

The result moved Pirates to the top of Group A, at least until  Enyimba played ES Setif in Algeria later on Sunday, but whatever happened in that game, a home win against Setif on April 21 will be enough to see the Buccaneers into the last eight.

Pirates went in front in the 26th minute, as Gabadinho Mhango swung in a corner, and while Ntsikelelo Nyauza’s first shot was blocked, he bundled the second effort over the line.

In a game that had plenty of fierce challenges, and plenty of rolling around to boot, Mhango spent time on the floor, as did Shamikh Hamid for the Libyan side, with both making miraculous recoveries. Just after Nyauza’s goal, Taha Atiyah got a yellow card for a high kick that caught the Pirates defender on the side of the head.

In an empty stadium Josef Zinnbauer could be heard more clearly than usual yelling from the sidelines, and did not always seem happy with his team’s performance, yelling constant instructions to his players.

Ben Motshwari made some fine driving runs from the Pirates midfield, and one superb ball in was just out of the reach of the boot of Tshegofatso Mabasa. In the 42nd minute, however, the Pirates striker did get on the scoresheet, nodding Deon Hotto’s corner past the Benghazi ‘keeper Abujwad Rizq Abubaker.

That basically killed the game off for the second half, though Ahly Bhengazi offered the odd threat, Saed Alnaeli curling one free kick over the bar.

Hotto did the same for Pirates at the other end, before Kabelo Dlamini slotted in to wrap up the victory for the Buccaneers with 20 minutes on the clock.

Pirates can now focus on domestic duties for the rest of this week, with a massive Nedbank Cup quarterfinal coming up on Thursday against Mamelodi Sundowns.