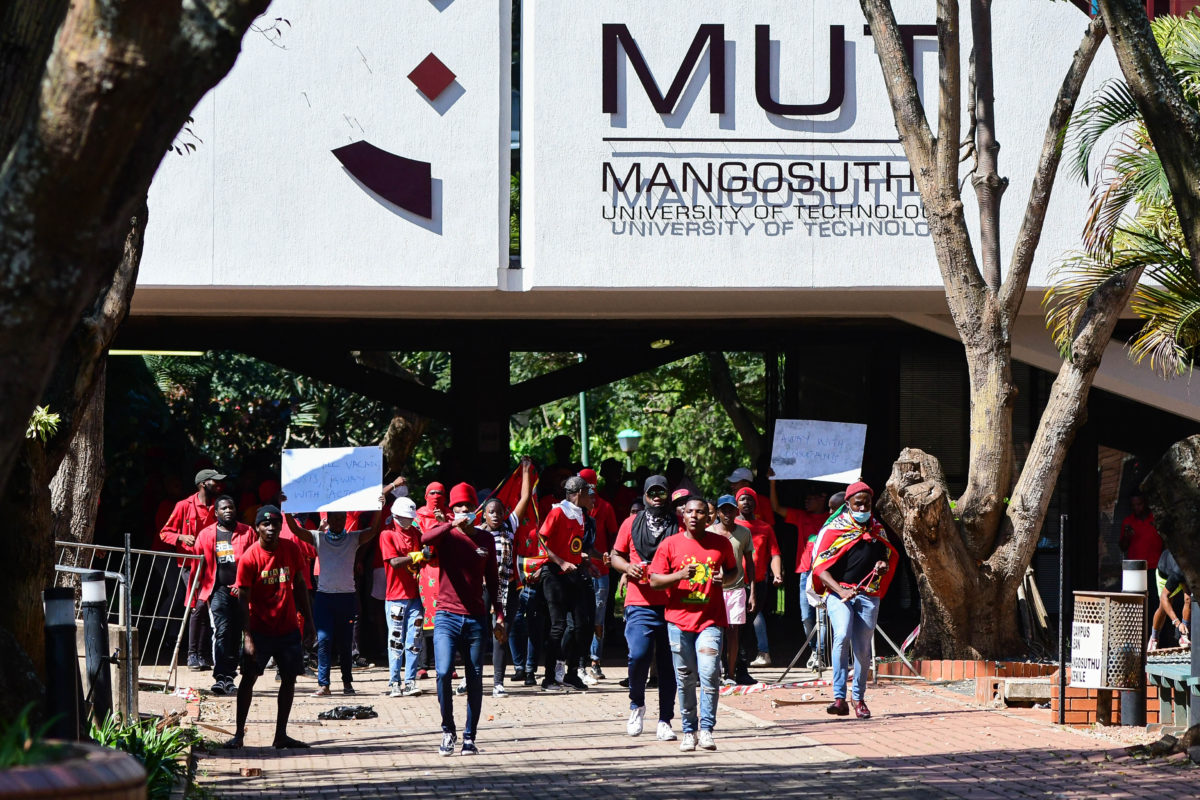 The announcement comes after chaotic protests that rocked the university, leading to the closure of its five campuses on Wednesday.

“DUT has also confirmed that remote, online learning for first time enrolling (FTEN) students will commence on Monday, 12 April 2021. This will ensure that the academic programme can successfully conclude within this calendar year.

“It needs to be noted that the majority of FTEN students have already registered. As previously announced, returning students commenced with their remote, online learning on 29 March 2021,” the institution said in a statement.

The announcement comes after chaotic protests that rocked the university, leading to the closure of its five campuses on Wednesday.

Chaos ensued after one of the gates was broken down and groups gained entrance and damaged property on the campus.

According to police, computers and a vehicle parked on the campus were set alight. At least 16 protesters were arrested.

University management said the closure of the five Durban campuses would continue until further notice.

“This will allow the university to consider and assess many prerequisites for reopening and for allowing students, albeit in a restricted way still, to return to campus. The online functions and activities of the university, including online teaching and learning for returning students and unassisted off-campus online registration, have continued as planned.”

Students experiencing problems with online registration were advised to report them to Student Admissions through WhatsApp.

“The university reiterates that walk-in applications will not be allowed.”