“It is with deep sorrow that Her Majesty The Queen has announced the death of her beloved husband, His Royal Highness The Prince Philip, Duke of Edinburgh,” Buckingham Palace said in a statement.

“His Royal Highness passed away peacefully this morning at Windsor Castle.”

Australian Prime Minister Scott Morrison says flags across Australia will be flown at half mast for Prince Philip, who “embodied a generation that we will never see again.”

“Australians send our love and deepest condolences to her Majesty and all the Royal family,” Mr Morrison said in a statement tonight. 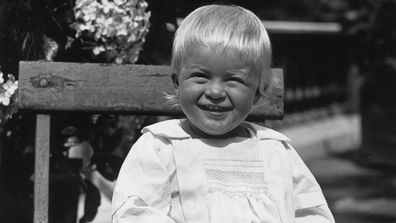 “The Commonwealth family joins together in sorrow and thanksgiving for the loss and life of Prince Philip. God bless from all here in Australia.”

Prince Philip “was no stranger to Australia”, having visited more than 20 times and presided as patron or president of almost 50 organisations in Australia.

Given his own service, Prince Philip also had a strong connection with the Australian Defence Force.

“For 65 years, The Duke of Edinburgh’s Award scheme has encouraged over 775,000 young Australians to explore their leadership potential. Forty thousand young Australians are currently participating in the program.

Further details about Australia’s remembrance of Prince Philip will be announced over coming days.

“Prince Philip earned the affection of generations here in the United Kingdom, across the Commonwealth, and around the world,” Mr Johnson said.

“He was the longest-serving consort in history, one of the last surviving people in this country to have served in the Second World War, at Cape Mattapan, where he was mentioned in dispatches for bravery, and in the invasion of Sicily, where he saved his ship by his quick thinking.”

The Prime Minister described him as “an environmentalist, and a champion of the natural world long before it was fashionable”.

Margaret Beazley, the Governor of New South Wales, said Prince Philip would be remembered for “his remarkable legacy of bravery, loyalty and steadfast public service”.

“His Royal Highness made many visits to Australia. His ability to connect with Australians through his humour and appreciation of our character meant that he was widely and warmly received.

“His Royal Highness was a much-loved husband, father, grandfather and great grandfather. We mourn his passing.”

Australian premiers have joined the list of politicians and dignitaries paying tribute to the Duke of Edinburgh.

Queensland Premier Annastacia Palaszczuk said the Prince would be remembered fondly in her state.

“I have fond memories of spending time with Prince Philip during his visit to Australia at the time of CHOGM in Perth. While a man of duty, he had a sense of fun. His loss will be mourned by the Queen, his family and millions around the world.”