Pakistan cruise to ODI series win against Proteas – The Citizen 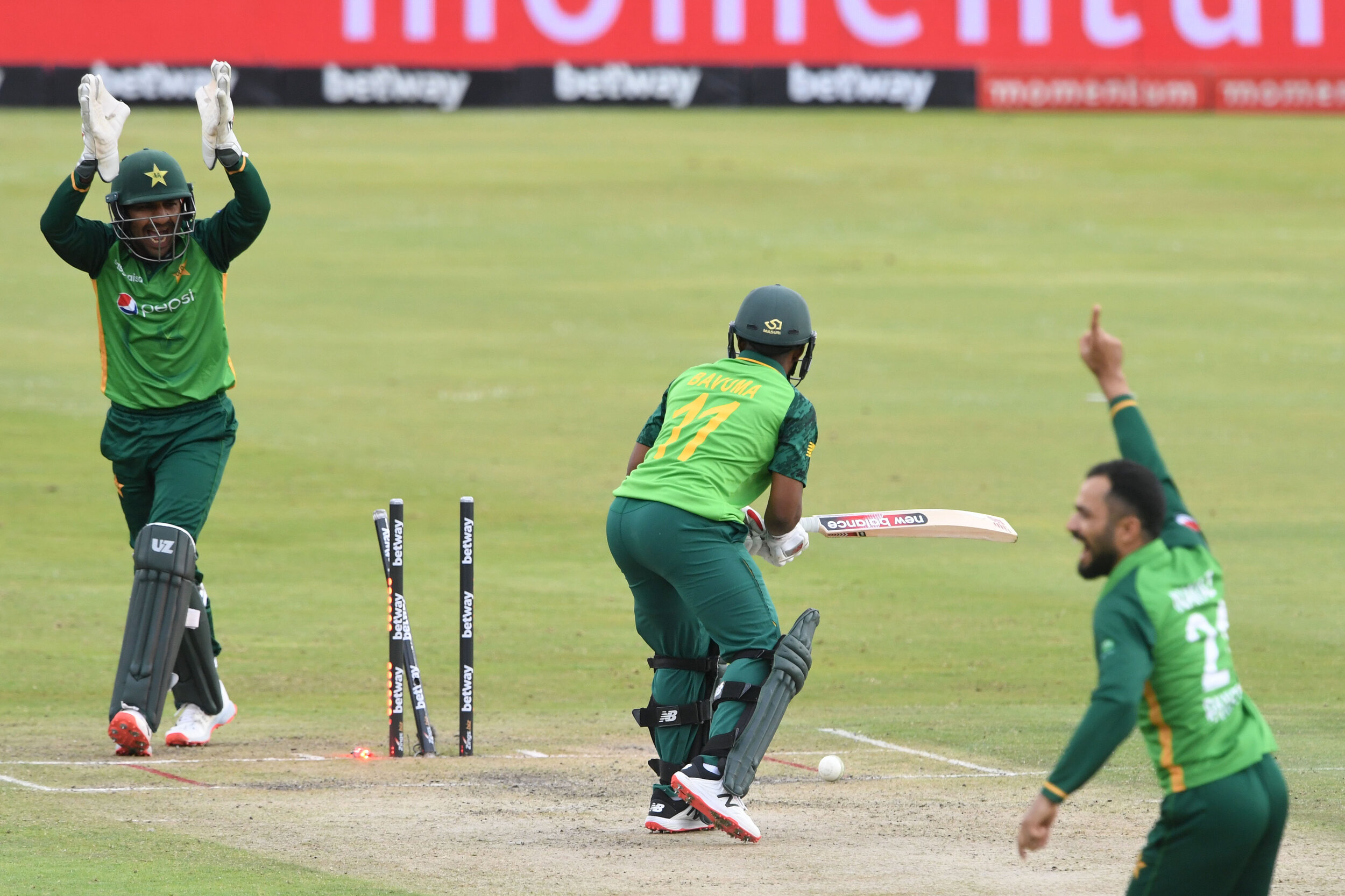 Kyle Verreynne and Andile Phehlukwayo scored valiant half-centuries in a record sixth-wicket stand, but once that partnership was over, the Proteas bowed to the inevitable and lost the series-deciding third ODI against Pakistan by 28 runs at SuperSport Park in Centurion on Wednesday.

Chasing a testing 321 for victory, South Africa started brightly with openers Janneman Malan and Aiden Markram putting on 54 in nine overs. But although Markram (18) and Jon-Jon Smuts (17) looked good, the slow pitch and the Pakistan spinners began to take effect, with the required run-rate quickly climbing to above seven to the over.

Captain Temba Bavuma added a run-a-ball 50 with Malan to regain some momentum, but the 24th over, bowled by left-arm spinner Mohammad Nawaz, was pivotal. A magnificent delivery that drifted in, gripped and turned, trapped Malan lbw for an impressive 70 off 81 deliveries. Given that he has now scored 222 runs in four innings, it may be difficult to overlook Malan in future.

Three balls later, Bavuma over-ran a quicker delivery and was bowled for 20. Heinrich Klaasen (4) quickly fell to Nawaz (7-0-34-3) as well, and at 140 for five in the 28th over, South Africa’s hopes of winning seemed over.

But Verreynne, playing in just his fourth ODI, looked an accomplished veteran with a composed 62 off 53 balls, Phehlukwayo showing his experience and a welcome return to best form with the bat as he made 54 off 61 deliveries. Together they added 108 for the sixth wicket in 16 overs, a record for SuperSport Park.

It was asking too much for them to win the match though as both eventually fell to attempted big hits.

After opener Fakhar Zaman had feasted again with a superbly controlled 101 off 104 balls, putting on 112 for the first wicket with Imam-ul-Haq (57), South Africa’s attack, led by Keshav Maharaj’s outstanding three for 45, fought back as they reduced Pakistan from 206 for one after 35 overs to 277 for six after 48 overs.

The back-up spinners had also contributed well, off-spinner Markram bowling his full 10 overs for the first time in an ODI and taking two for 48, while left-armer Smuts had gone for a run-a-ball through seven overs. His eighth over, though, the penultimate one of the innings, went for 25 as Hasan Ali (32* off 11) blazed four sixes.

Phehlukwayo bowled the last over and conceded 18 as Babar Azam made merry to finish with a classy, composed 94 off 82 balls.