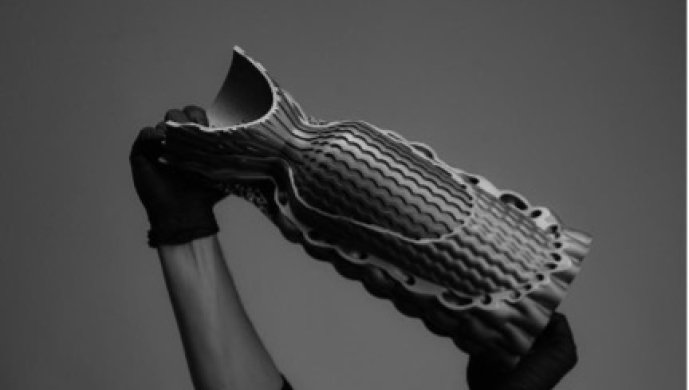 Hyperganic, a German company developing software that generates 3D printings, is expanding into Singapore. This comes off the back of its US$7.8 million funding round co-led by German funds HV Capital and VSquared Ventures.

As per a press note, Hyperganic will use Singapore as a key pillar of its development strategy.

The company shared this decision was driven by the city-state’s investment in deeptech, specifically in advanced manufacturing technologies such as Artificial Intelligence, robotics and industrial 3D printing.

Hyperganic is partnering with the National Additive Manufacturing Innovation Cluster (NAMIC) to “orchestrate and implement” strategies for the future of production. NAMIC was set up as part of Singapore’s five-year RIE (Research, Innovation, Enterprise) plans.

Founded in 2017, Hyperganic aims to accelerate innovation in design, engineering and production of physical objects. The company uses computer algorithms to create digital renderings of complex parts such as rocket engines.

The resulting objects are traded digitally and manufactured in digital factories based on industrial 3D printing.

“Humanity’s biggest challenges can only be solved through a giant leap in technology. We’ve created Hyperganic to fundamentally change how we design and build the things around us,” shared Lin Kayser, co-founder and CEO.

“Singapore is one of only a few countries that have recognised the seismic shift happening through digital factories based on additive manufacturing (3D printing). The products designed by our Singapore AI engineers will be game-changers for many industries that are highly relevant to the region,” he added.