Nearly half of new coronavirus infections nationwide are in just five US states — a situation that is putting pressure on the federal government to consider changing how it distributes vaccines by sending more doses to hot spots.

Total US infections during the same week numbered more than 452,000. 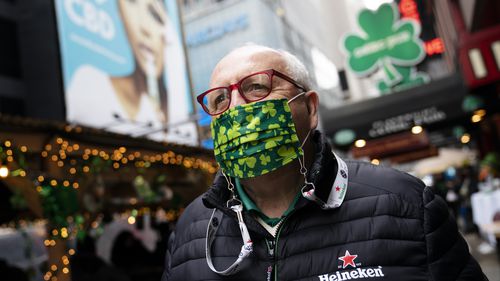 The heavy concentration of new cases in states that account for 22 per cent of the U.S. population has prompted some experts and elected officials to call for President Joe Biden’s administration to ship additional vaccine doses to those places.

So far, the White House has shown no signs of shifting from its policy of dividing vaccine doses among states based on population.

The spike in cases has been especially pronounced in Michigan, where the seven-day average of daily new infections reached 6,719 cases Sunday — more than double what it was two weeks earlier. Only New York reported higher case numbers.