Johnson, McIlroy thrill fans with Masters practice round – The Citizen 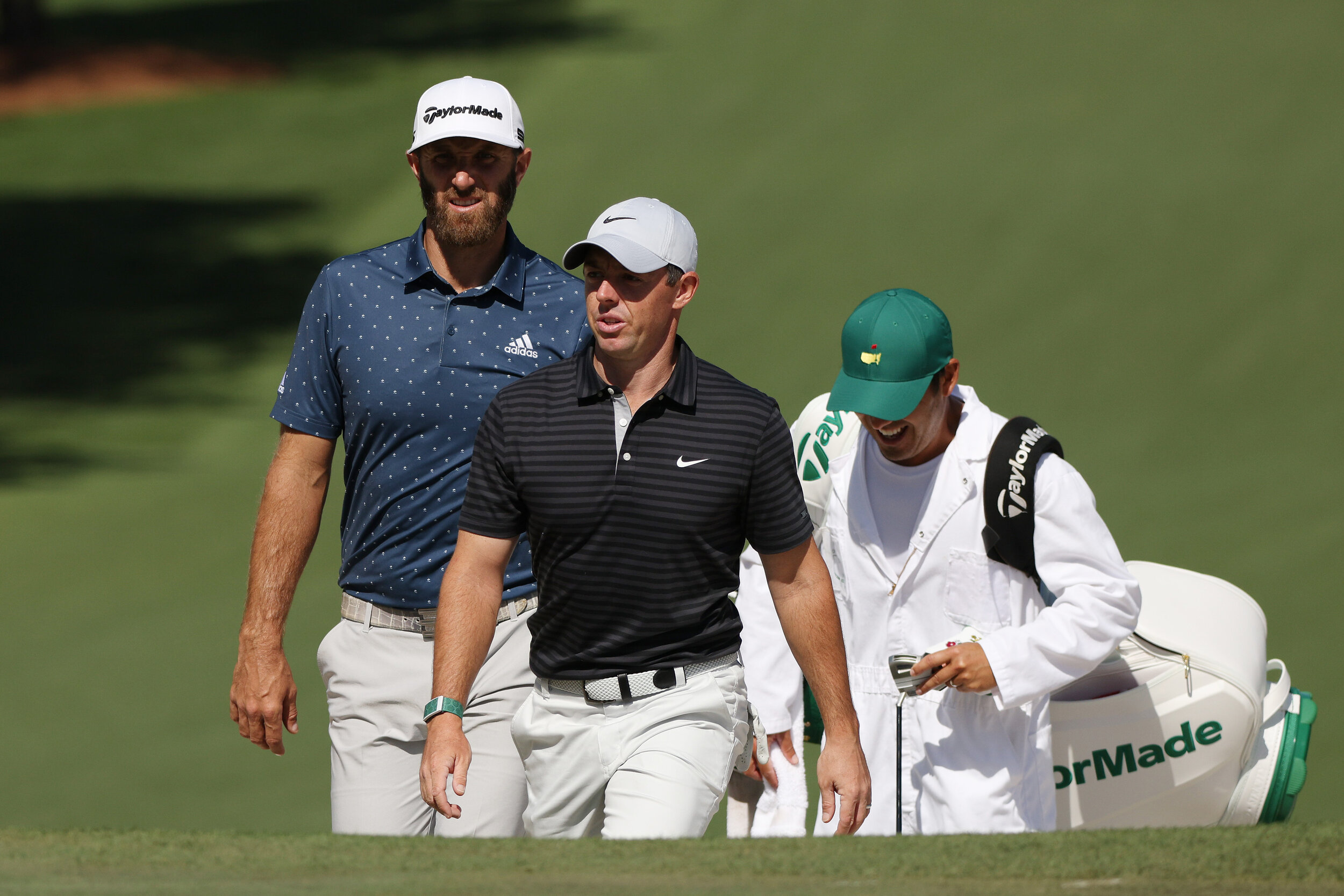 
Top-ranked defending champion Dustin Johnson and four-time major winner Rory McIlroy delighted the first spectators at Augusta National since 2019 with a practice round together on Monday ahead of the 85th Masters tournament.

Spectators were banned last year and the event was delayed until November by the Covid-19 pandemic while this week only a limited number of fans are allowed onto the famed course under Covid-19 safety protocols which include mandatory face masks and social distancing.

Those who arrived early, the first fans at a major since the 2019 British Open, were treated to a tour of the front nine by McIlroy, trying to win a green jacket to complete a career Grand Slam, and Johnson, bidding to become the first back-to-back Masters champion since Tiger Woods in 2001-02.

“It’s nice to have the patrons back,” Johnson said. “It’s shaping up to be a wonderful Masters. Conditions are perfect. The course is in really good shape, right where they want it.”

McIlroy, ranked 12th, continued onto the back nine while Johnson headed back to the practice range.

Masters officials have not said how many fans are expected to attend the tournament, but US media reports have estimated about 12,000 spectators per day will be allowed compared to a usual 40,000 to 50,000.

“The patrons play such a massive role,” 2015 Masters winner Jordan Spieth said. “It won’t take many people for it to feel close enough to normal to make it a fantastic event.”

“Just go back to the simple process of practicing to improve,” he said of working with McIlroy. “There’s no getting better in the past so we’ve got to move forward.”

Koepka practiced for a second straight day, planning to play despite right knee surgery on March 16 for a dislocation and ligament damage after slipping in Florida.

“I feel like I can win it,” Koepka said Monday. “I feel like my game is in good enough shape to win it. From there, it’s about making it the four days. Koepka says he still feels pain as he prepares for a grueling Masters walk.

“Just walking the course will be the main thing,” Cowen said. “Hitting the ball, he’s in great shape.

“I don’t think anybody has not been surprised after seeing him on crutches 19 days ago to hitting it as well as he’s hitting it.”

Koepka, who proposed to girlfriend Jena Sims last month, did more than seven hours of rehabilitation work every day on his knee and neck and was hitting golf balls a week after the operation.

Koepka won his first major title at the 2017 US Open, captured the 2018 US Open and PGA Championship and defended his PGA crown in 2019.

Reigning US Open champion Bryson DeChambeau spoke about attacking more than last year, when he said the course played as a par-67 for him.

“There are many holes that can be helped with the distance,” DeChambeau said. “Hopefully the length will help on the par-5s, some par-4s, There are holes where I’ll be taking a more aggressive line than last November.”

“Chipping and putting is always key around here,” DeChambeau said. “You have to roll the ball well.”

DeChambeau went around Sunday with two-time Masters champion Bubba Watson, who likes the state of his game.

“It feels pretty good,” Watson said. “But around here, one bad shot, one bad mistake on the mental side, can get you a triple-bogey pretty fast.”

Australia’s Adam Scott, the 2013 Masters champion, likes the unique major back-to-back nature of these Masters caused by the pandemic.

“It’s exciting having them so close together,” Scott said. “I think it’s helpful, because playing at Augusta National still feels very fresh in my mind.”

Mexico’s Carlos Ortiz was soaking up the thrills of his Masters debut.

“It’s pretty exciting,” he said. “For me, it’s like a dream come true. It lived up to the expectations.”