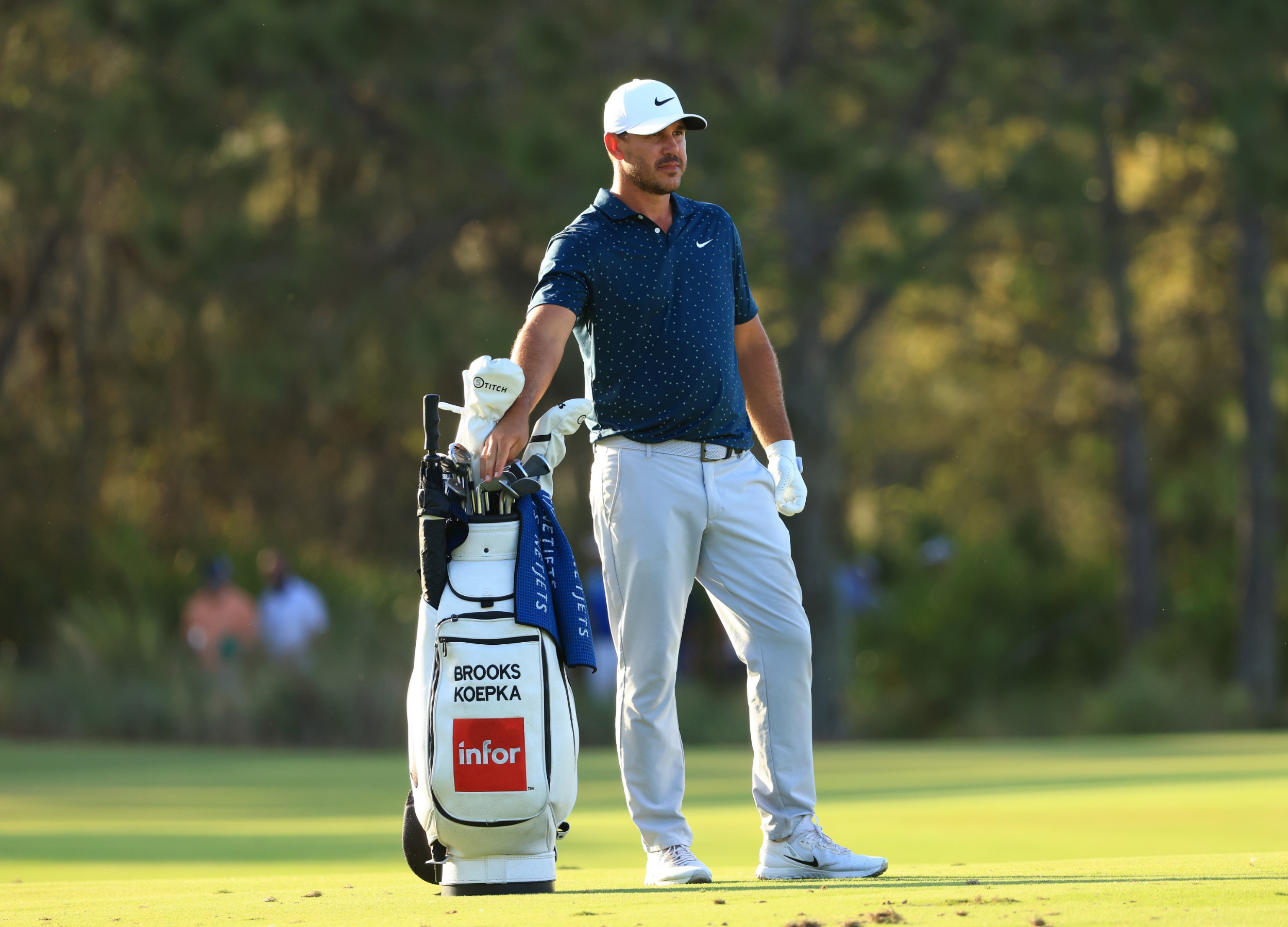 Fans were barred when last year’s coronavirus delayed Masters was played in November.

Spectators must follow such precautions as masking and social distancing, but their presence will return the roars for spectacular shotmaking that have traditionally echoed among the Georgia pines in April.

Koepka says he believes he can draw his share of roars despite slipping last month in Florida and suffering a dislocation and ligament damage in his right knee.

Koepka underwent surgery on March 16 and spent Easter Sunday playing four holes at Augusta National after a workout session on the driving range.

“I feel I can win,” Koepka said. “I’ll play. I’ll be all right. If I knew I was going to finish second, I wouldn’t have shown up.”

Koepka responded to a report that he could miss six to eight months after the surgery by tweeting a meme showing a photo of former NBA star Michael Jordan with the caption “and I took that personally.”

The confident tone was a sharp contrast to photos Koepka tweeted two weeks ago of himself on crutches with his right leg bandaged.

After battles with left knee and hip injuries in recent years, it appeared Koepka would miss a major tournament for the third time in four seasons.

“We’ve been pretty impressed,” Kopeka said. “The goal was to play Augusta. Here we are.”

Koepka, who proposed to girlfriend Jena Sims last month, finished second at the WGC Concession event in Florida in February before the surgery, which prompted him to skip the Players Championship and WGC Match Play events.

The 30-year-old American says he did more than seven hours of rehabilitation work every day on his knee and neck and was hitting golf balls a week after the operation.

Koepka won his first major title at the 2017 US Open, captured the 2018 US Open and PGA Championship and defended his PGA crown in 2019, the same year he was second at the Masters and US Open and shared fourth at the British Open.

Among those who also toured the famed course over Easter weekend were Justin Thomas and the duo of Bryson DeChambeau and two-time Masters champion Bubba Watson.

Perfect conditions have allowed Augusta National to prepare lightning-fast greens, a major difference from last autumn, when a rain-softened layout surrendered a record-low 20-under par winners total to top-ranked Johnson.

“There are a lot of shots you need to have around the greens at Augusta National, and that’s something I’ve struggled with in the past. But I spent a lot of time working on them.”