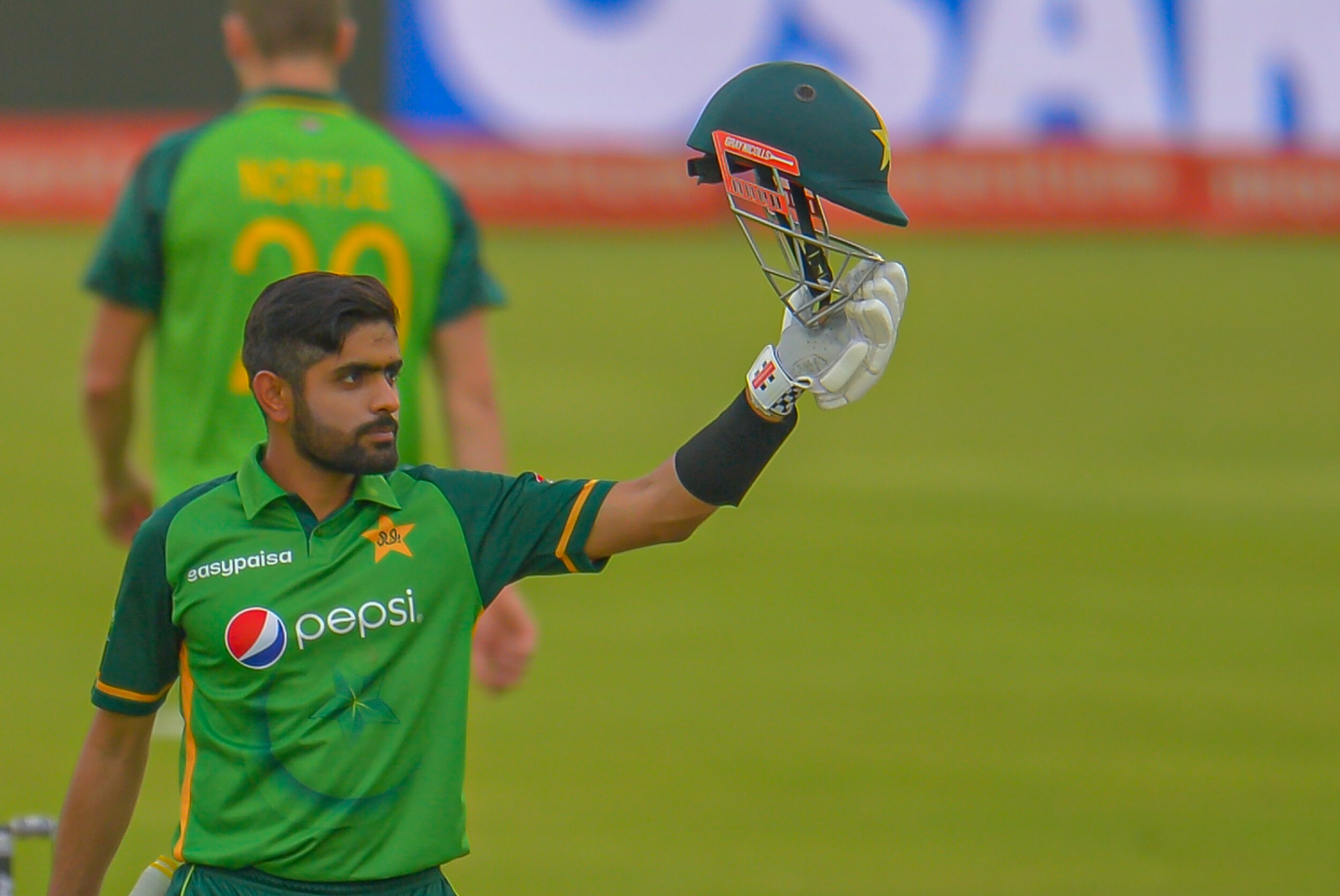 
Babar Azam’s superb century cancelled out Rassie van der Dussen’s brilliant ton and set up victory for Pakistan in the first ODI at Centurion on Friday, despite a fiery burst of fast bowing from Anrich Nortje that threatened to steal the match for South Africa.

Van der Dussen’s 123 not out off 134 balls lifted South Africa to 273 for six after they were sent in to bat and it was a tremendously determined innings by the 32-year-old which sadly still left him on the losing side.

That was mostly due to Babar compiling a masterful 103 off 104 balls, as peerless a display of clean stroke-play and timing as you could hope to see. The captain added 177 off 181 balls for the second wicket with Imam-ul-Haq, the prolific ODI opener who helped lay a commanding platform for Pakistan with his slickly accumulated 70 off 80 deliveries.

Pakistan were cruising at 181 for one after 31 overs when Nortje returned for a second spell and, bowling fast and aggressively, with plenty of short-pitched deliveries, he caused much consternation in the visiting batting line-up with a ferocious spell of four for 20 in five overs, leaving him with career-best figures of four for 51.

Proteas coach Mark Boucher had spoken before the game about the bowlers being aggressive in the middle overs, but they rather paid lip service to that with the fast bowlers turning too quickly to slower balls and cutters when normal Test match pace bowling was still very effective on a pitch which assisted the seamers.

It was Mohammad Rizwan who continued his resurgence as a white-ball player and steadied Pakistan’s nerves, scoring 40 off 52 balls, adding 53 with Shadab Khan, whose 33 off 30 balls helped seal a three-wicket victory off the last ball thanks to Andile Phehlukwayo’s brilliant last over.

Van der Dussen will long remember April 2 as the day he made his first international century, having passed 50 in seven of his 16 ODI innings before Friday, but with a highest score of 95. His highest Test score is 98 and he has a T20 International best of 74 not out. The phlegmatic right-hander reiterated that he is the man for a crisis as he lifted the Proteas from 55 for four, the home batsmen struggling against excellent Pakistan seam bowling on a tacky pitch that gave them plenty of assistance. Van der Dussen kept composed, was disciplined in his shot-selection, but also showed great placement when he capitalised on loose deliveries.

The questions over South Africa’s best top three will be ongoing, however, as Quinton de Kock (18) sliced a catch to a wide mid-off, Aiden Markram (19) played too early and was caught in a similar position, and new captain Temba Bavuma (1) threw his wicket away by steering an uppercut straight to deep backward point.

Heinrich Klaasen struggled to 1 off 21 balls before being caught behind off a loose drive, but the tide turned when David Miller came to the crease. The veteran left-hander matched Van der Dussen for calmness, playing beautifully through the off-side as he scored 50 off 56 balls and added 116 off 135 deliveries for the fifth wicket with the Pretoria-born player.

Phehlukwayo will also be pleased with his contribution with the bat as he scored a valuable 29 and added another 64, at a run-a-ball, for the seventh wicket with Van der Dussen.

The Pakistan pace bowlers were the chief threat with Faheem Ashraf leading the way with one for 25 in nine impressive overs. Mohammad Hasnain took one for 52 in his full quota of 10 overs, while left-armer Shaheen Shah Afridi removed the openers and finished with two for 61.