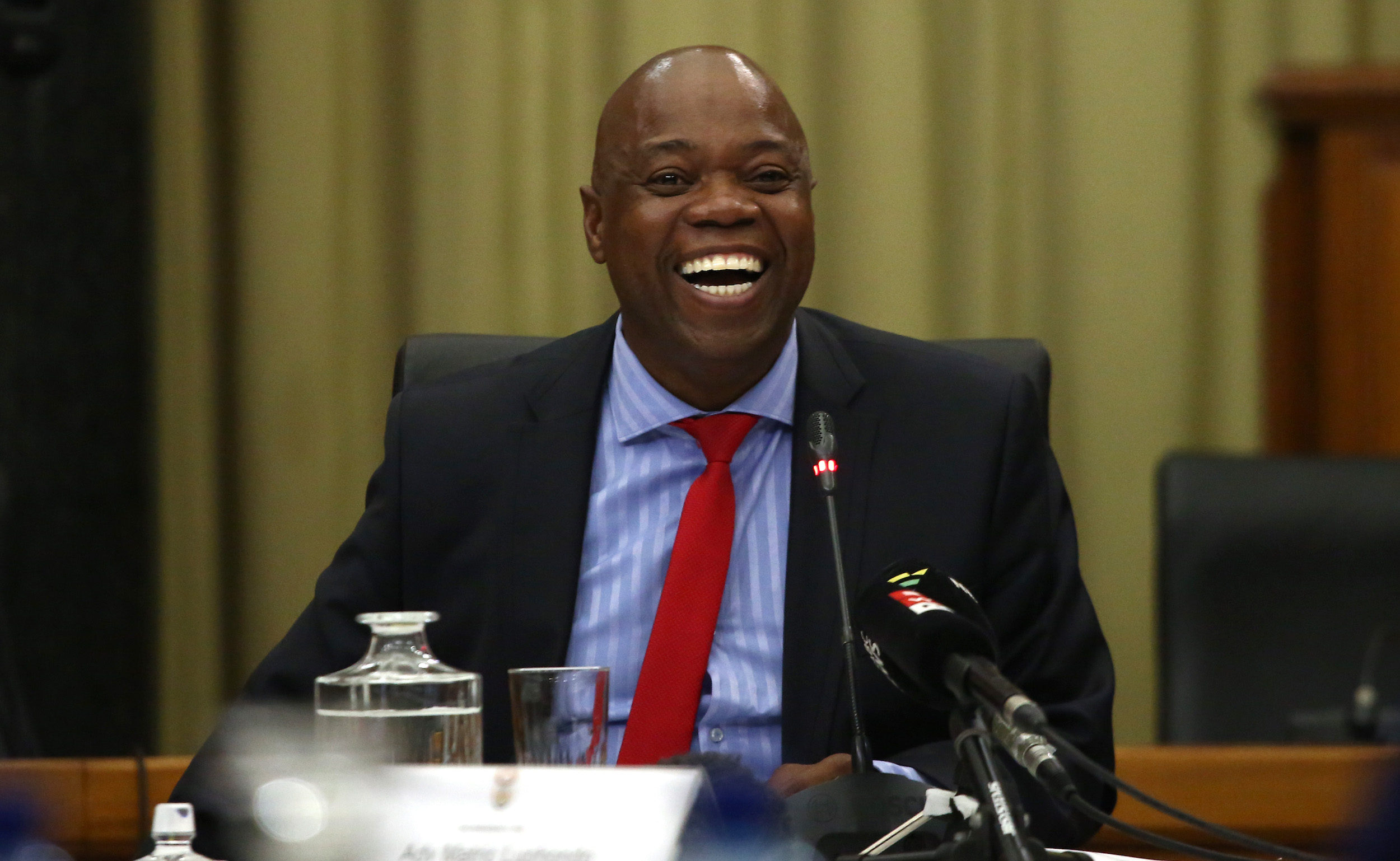 Mpumalanga acting Director of Public Prosecutions Matric Luphondo has been served with a suspension notice after he was arrested for allegedly bribing a prosecutor to drop a criminal case against the provincial human settlements head of department (HOD).

This was revealed in the Pretoria Magistrate’s Court on Thursday, where Luphondo and his co-accused – HOD Kebone Masange and Hawks official Lieutenant-Colonel Ayanda Plaatjie – applied for bail.

The State opposed their bail applications but conceded Luphondo and Masange’s applications fell under schedule one which meant the onus was on it to prove why they should not be released on bail.

Meanwhile, Plaatjie’s bail application fell under schedule five, which means the onus was on him to prove it would be in the interest of justice to permit his release on bail.

In opposing bail, the State relied on the allegation the main witness in the case, the prosecutor who was allegedly bribed, had been followed around.

According to an affidavit by the prosecutor, who is stationed with the DPP’s office in Pretoria and was assigned to prosecute the case against Masange, colleagues within the National Prosecuting Authority were asked to get information on his whereabouts.

He said current and former colleagues were requesting information under the pretence they wanted to introduce him to a woman who was interested in him.

However, the prosecutor added he later realised he was being followed and felt unsafe after Luphondo allegedly arrived at a restaurant he was having lunch at in Centurion.

It is also alleged information – including where he lives, what car he drives, and his vehicle registration – was being sought.

The accused’s defence attorneys questioned how true the events were as one of the accused was a senior detective in the Hawks and would have access to this information using police systems.

It was argued the State had no evidence that the accused would interfere with any of the witnesses or the investigations, and Luphondo had already been served with a notice of suspension.

In his judgment, Magistrate Dreyer van der Merwe noted the pending suspension, finding it would make it almost impossible for the accused to interfere with witnesses or the investigation.

He said it would be in the interest of justice for the accused to be released on bail, but set the amount at R20 000, substantially higher than the R5 000 the accused said they could afford.

Van der Merwe attached bail conditions which included that the accused were not to contact any of the witnesses, directly or indirectly.

According to the charge sheet, Luphondo and Plaatjie allegedly colluded with Masange to make the criminal charges against him disappear.

Masange is facing charges of fraud and contravention of the Immigration Act. The State has accused him of being in the country illegally and using fraudulent documents when he applied for the top position at the Department of Human Settlements.

It is alleged that on 12 March, Plaatjie approached the prosecutor at the DPP’s office in Pretoria who was assigned to prosecute Masange and asked if there was any way “to get out this case”.

On 18 March, Luphondo allegedly called the prosecutor and requested a meeting that was held at a McDonalds in Arcadia, Tshwane.

There, Luphondo allegedly told the prosecutor that Masange was willing to do anything to get out of the case and they should help him out.

Less than a week later, on 23 March, it is alleged Luphondo met up with the prosecutor and handed him an 18-year-old bottle of Glenfiddich whiskey, valued at R1 550, and R5 000 in cash.

The charge sheet alleged Luphondo then told the prosecutor there was more where that came from.

All three accused said they intended pleading not guilty to the charges.

The case has been postponed to 23 July.