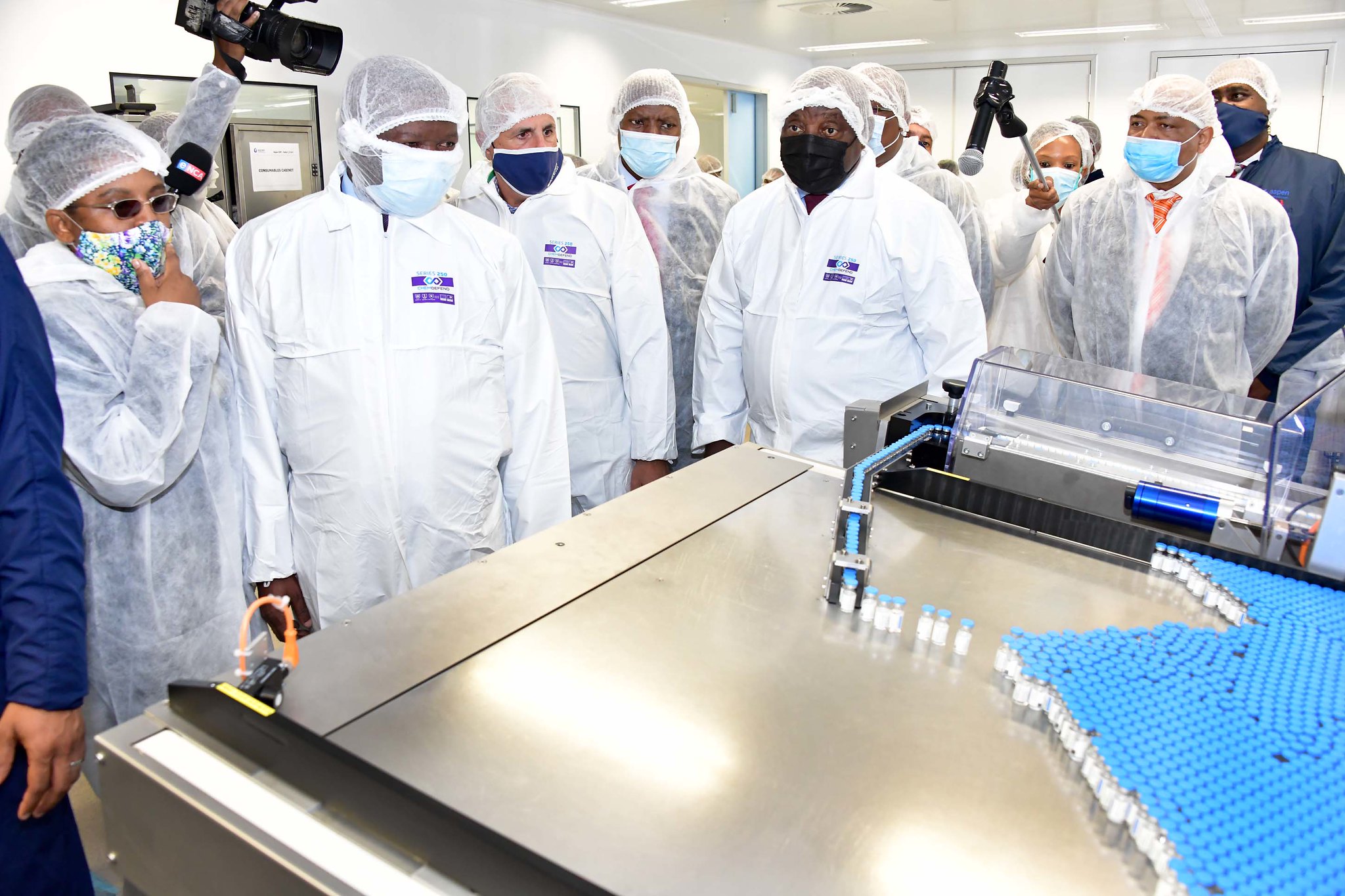 In a statement on Thursday evening, he said that an additional 32,725 tests had been done and the recovery rate remained at 95%.

Almost 10 million South Africans have now been tested for the coronavirus. Just over a year ago, on the evening of 31 March 2020, South Africa had recorded an additional 46 new Covid-19 cases, bringing the national total to 1,353. The total number of tests on this day stood at 41,072.

Today, another 51 deaths were reported, bringing the official death toll to 52,897.

Just over 269,000 health care workers have been vaccinated.

Use the COVID Alert SA app to protect yourself, your loved ones and your community. Start using this privacy preserving app today. Add your phone to the fight! Download the Covid Alert SA app now! https://t.co/8YKEqaiiRF pic.twitter.com/2f2FegyaCb

This as as South Africa is expected to receive the first batch of an order of 30 million of the single-dose J&J vaccines manufactured locally by pharmaceutical giant Aspen in Gqeberha (formerly Port Elizabeth), Eastern Cape.

According to SAHPRA, individuals over the age of 18 are able to receive the J&J vaccine jab.

Pfizer and BioNTech said Thursday their Covid-19 vaccine was highly effective against the South African variant in the latest phase of ongoing clinical trials.

No cases of the disease were observed in South Africa during the phase-three trial study among participants who had received their second dose, the companies said in a statement.

Several coronavirus variants with the potential to be more transmissible have caused global concern over whether existing vaccines will still protect the world from a virus that is constantly mutating.

“In South Africa, where the B.1.351 lineage is prevalent and 800 participants were enrolled, nine cases of Covid-19 were observed, all in the placebo group,” the companies said.

The nine strains were sequenced and six of them were confirmed to be of B.1.351 lineage, they said.

“The high vaccine efficacy observed through up to six months following a second dose and against the variant prevalent in South Africa provides further confidence in our vaccine’s overall effectiveness,” said Albert Bourla, chief executive of Pfizer.

Overall, the vaccine was 91.3 percent effective against Covid-19 in the analysis of 46,307 trial participants across several countries.

Pfizer and BioNTech had said in January that “small differences” detected in tests comparing the original virus and the recent versions “are unlikely to lead to a significant reduction in the effectiveness of the vaccine”.

The companies said Thursday the new data “support previous results from immunogenicity studies demonstrating that (the vaccine) induced a robust neutralising antibody response to the B1.351 (South African) variant, and although lower than to the wild-type strain, it does not appear to affect the high observed efficacy against this variant”.

Global deaths from Covid-19 have topped 2.8 million since the pandemic began a year ago, with vaccines seen as the only real chance of returning to some form of normality.

Italy’s coronavirus vaccines plan is missing its targets as it has received 28 percent fewer doses than expected, government data shows.

The US government launches a major ad campaign urging people to get vaccinated, as case numbers of Covid-19 are once again on the rise in America.

German President Frank-Walter Steinmeier receives the first dose of the AstraZeneca vaccine, just two days after authorities recommend the controversial jab only for people aged 60 and over

India expands its coronavirus vaccination drive to the 45-60 age group as it tries to tackle a surge in new infections.

Egypt receives over 854,000 AstraZeneca vaccines through the Covax facility for lower and middle income countries, the WHO reports.

French cycling classic the Paris-Roubaix, originally scheduled for Sunday, April 11, is postponed due to the pandemic.

The Dutch government gives permission for thousands of fans to attend the Eurovision Song Contest as part of a trial to see how to reopen venues in the pandemic.

At least 2,816,908 people have died of Covid-19 around the world since the outbreak emerged in China in December 2019, according to an AFP tally from official sources.