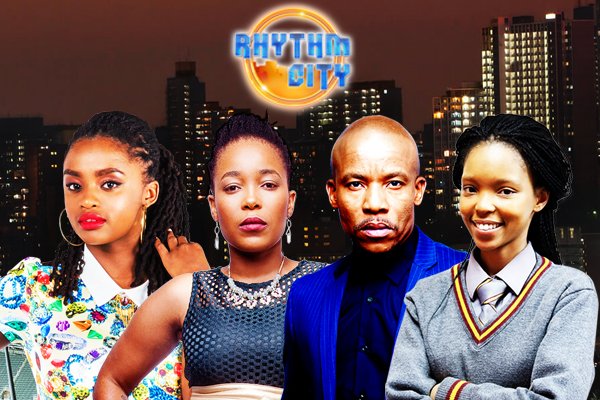 
Regular viewers of Rhythm City on e.tv are dying to find out what show will be its replacement, but they will have to wait a bit longer.

It seems the channel is still brewing a surprise as e.tv says it is not yet ready to divulge details of the new show, except that it will be a local production.

“We are not privy to confirm any information about the show replacing Rhythm City at this point,” an e.tv publicist says.

He would, however, reveal that Rhythm City will draw the final curtain on 16 July, meaning that avid fans of the soapie still have three months in the company of their favourite soapie.
In a turn of events, while artists have staged a sit in at the National Arts Council, in Newtown, begging for their slice of the R300 million meant for Covid-19 relief, the actors and crew of Rhythm City will be smiling all the way to the bank as e-Media Investments, owner of e.tv, will reportedly pay them bonuses.

ALSO READ: Soapie fans angered by winding down of ‘7de Laan’ and ‘Muvhango’

This could well be a first for the SA television industry which is often marred by scandals over the non-payment of actors and unfair treatment.

This week sees the final episodes of Mzansi Magic’s Isibaya on air. The channel said the prime time 8.30pm slot would be taken over by DiepCity, a telenovela which features Mduduzi Mabaso (Suffocate on Rhythm City) as a lead.

He will be accompanied by Thandeka Dawn King, who recently left the most watched soapie, Uzalo.

The show is produced by Black Brain Productions, with Mandla N at the helm who has a reputation for producing the best shows in Mzansi including Lockdown, a prison drama which attracted huge ratings.